UNICEF Ukraine/Aleksey Filippov
Children in a school in the village of Staromykhailovka, on the front line between the cities of Donetsk and Mariyanovka, Ukraine.
16 May 2016
Peace and Security

Experiencing the story of a person displaced in Ukraine – the suffering, joys, feelings of alienation and social exclusion, but also the sense of belonging – is possible for communities hosting the displaced persons due to a United Nations project that has turned testimonies into “books” in a so-called Living Library.

“People become living books. They give all these stories and record them and bring them all together into a library that other people can consult,” explained Janthomas Hiemstra, Country Director in Ukraine for the UN Development Programme (UNDP), which supports the Living Library project. The project is run by a local non-government organization.

From the beginning at UNDP, we have understood that post conflict programming is not only about physical recovery but it is also about psychological and social recovery.

The Library is “therapeutic” and contains stories of different communities, particularly “stories of displacement, feeling at home, feeling not at home, prejudice, social exclusion,” Mr. Hiemstra added in an interview with the UN News Centre ahead of the World Humanitarian Summit to be held in Istanbul, Turkey, on 23 and 24 May 2016.

The stories were collected from throughout the country, including from communities in the provinces of Donetsk and Luhansk, which are de facto divided between areas controlled by the Government and those under the control of rebels.

As a result of fighting during the past two years, nearly 10,000 people have been killed and over 21,000 wounded.

Hundreds of thousands of people have fled conflict-affected areas and found refuge in other regions, putting pressure on the resources and infrastructure of host communities, changing the lives of people who live there, and contributing to tensions between communities.

The ”Living Library is one the activities supported by UNDP in these conflict areas to promote dialogue and reconciliation between communities.

“From the very beginning at UNDP, we have understood that post conflict programming is not only about physical recovery but it is also about psychological and social recovery,” he noted. 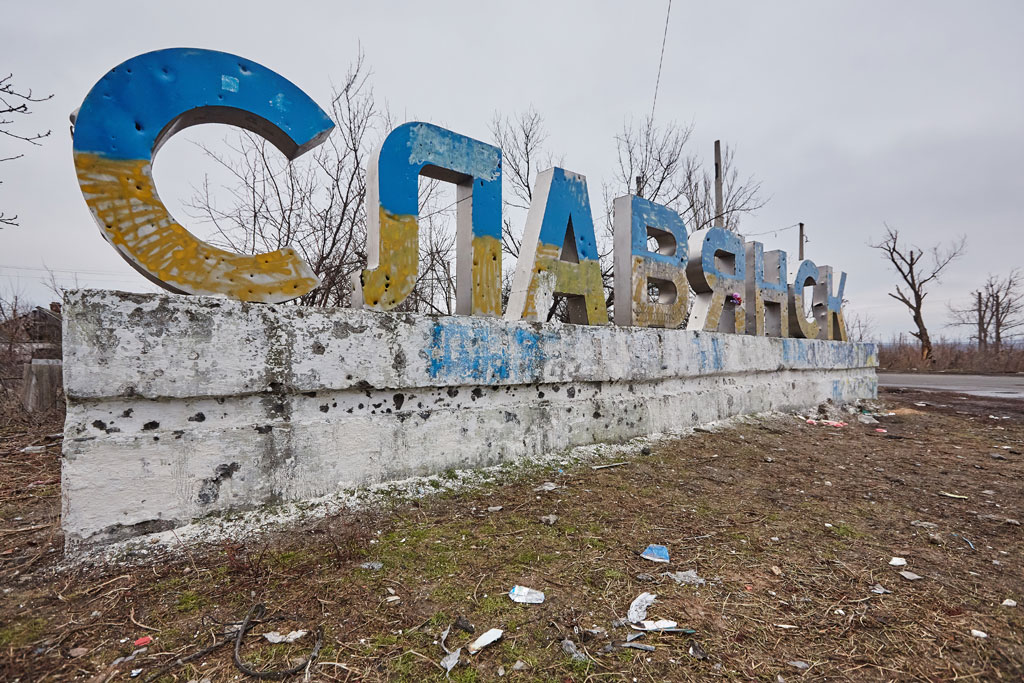 Entrance to the city of Sloviansk, Ukraine, riddled with bullet holes and shell. UNICEF Ukraine/Pavel Zmey

The goal is to ensure everyone starts “feeling a little bit more comfortable with each other.”

Present in Ukraine for more than two decades, UNDP’s priorities in the country shifted two years ago when the conflict erupted, with a greater focus now on activities to achieve reconciliation.

This focus is in line with the UN Secretary-General Ban Ki-moon’s Agenda for Humanity, which includes a responsibility on preventing conflicts and finding political solutions to resolve them. The Agenda for Humanity comprise five core responsibilities, which also includes respecting the rule of war, leaving no one behind, working differently to end need, and investing in humanity.

Among its activities to promote dialogue and mutual understanding, UNDP also supports an online platform that allows Ukrainians to constructively discuss the future of their country. It brings together people participating already in various dialogues in progress at the local level. 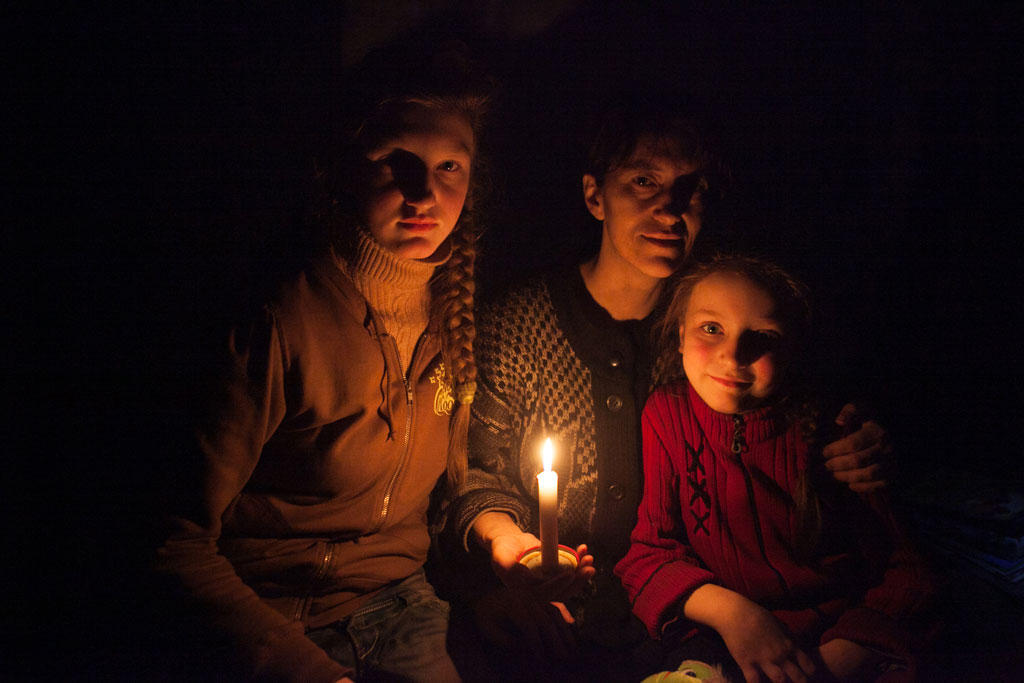 A woman and her daughters lit by candlelight in a bomb shelter on the outskirts of the city of Debaltsevo in Donetsk province. UNICEF Ukraine/Aleksey Filippov

“It is an innovative way of stimulating dialogue,” Mr. Hiemstra said. About 40 Ukrainians facilitators have been trained to record the results of dialogues and post them on the platform.

This project is implemented in partnership with the European Forum for international Mediation and Dialogue (MediatEUr).

The idea is that the mediators can play a role in guiding the dialogue in a peaceful and useful direction for the country. The platform helps facilitators to get in touch with each other and with foreign counterparts to share information and experience and to improve their capacity for dialogue.