OSCE/Ilgar Hasanov
Special Rapporteur on the situation of human rights in Belarus Miklós Haraszti.
13 May 2016

United Nations human rights experts today condemned Belarus’ continued use of the death penalty following reports that a man whose complaint was before the UN Human Rights Committee (HRC) had been executed, despite a specific request from the Committee for a stay of execution.

“I am appalled by reports of the recent execution of Sergey Ivanov by the Belarusian authorities,” said Miklós Haraszti, the UN Special Rapporteur on the situation of human rights in Belarus.

Reports indicate that Mr. Ivanov, who was found guilty of murder and sentenced to death in 2015, was executed on around 18 April this year.

Mr. Ivanov’s brother had petitioned the Committee, arguing that Mr. Ivanov’s trial had been unfair. During the trial, he remained handcuffed and was obliged to wear special clothes with the label “capital punishment” on them. It was also alleged that he was not brought promptly before a judge upon arrest and had limited access to a lawyer.

Mr. Ivanov’s execution means Belarus, since 2010, has executed eight people whose cases were registered for examination by the Committee under the Optional Protocol to the International Covenant on Civil and Political Rights (ICCPR), to which Belarus is a State party.

Belarus remains the only country in Europe and Central Asia that applies the death penalty, despite repeated calls for its abolition from many in the international community, including the members of the European Union and the Council of Europe.

Mr. Haraszti once again urged the Belarusian authorities to adopt a moratorium on the death penalty, as an interim legal step towards it full abolition.

The human rights expert also voiced grave concern at news that another defendant, Sergei Khmelevsky, was sentenced to death by a court on 6 May. “The news testifies to the lack of progress on the human rights situation in Belarus,” he said.

The Human Rights Committee had requested the Belarusian authorities not to carry out the sentence, pending the examination of Mr. Ivanov’s case.

Non-compliance with the Committee’s request for interim measures constitutes a violation, by Belarus, of its obligations under the Optional Protocol to ICCPR.

“The decision to proceed with the execution of the death penalty amounts to both a callous disdain for and a grave breach of Belarus’ international human rights obligations,” said Nigel Rodley, Special Rapporteur on new communications and interim measures. 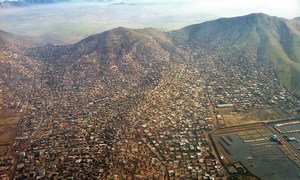 The United Nations human rights arm has expressed regret over the execution of six people in Afghanistan on Sunday, amid serious concerns about compliance with fair trial standards, and reports about the widespread use of torture and ill-treatment as a means of extracting confessions.