In Madagascar, Ban calls for end to corruption, reports on ‘alarming’ cost of hunger

UN Photo/Mark Garten
Secretary-General Ban Ki-moon addresses the joint congress of both the Senate and the National Assembly of Madagascar.
11 May 2016

During his visit to Madagascar today, United Nations Secretary-General Ban Ki-moon called on Malagasy parliamentarians to end the corruption that has weakened their society, while launching a report on the cost of hunger in the island nation.

“Your elections last year represented an important milestone that ended five years of political crisis,” Mr. Ban said in an address to the joint congress of both the Senate and the National Assembly of Madagascar, a country which lies off the southeast coast of Africa.

This is the third and last stop of the UN chief’s trip to the region which began last Saturday, and included the Seychelles and Mauritius.

“Madagascar is at a crossroads. I see huge challenges and even greater opportunities,” he said, underlining the existence of widespread poverty, weak economic growth and high unemployment, as well as the country’s water which is reportedly “among the worst in the world.”

“This Parliament has the democratic legitimacy to guide Madagascar in meeting the challenges ahead. You can end the corruption that has weakened Malagasy society. You can help fight the illegal trafficking of natural treasures. In this way, you can be fully accountable to the voters,” the Secretary-General stressed. 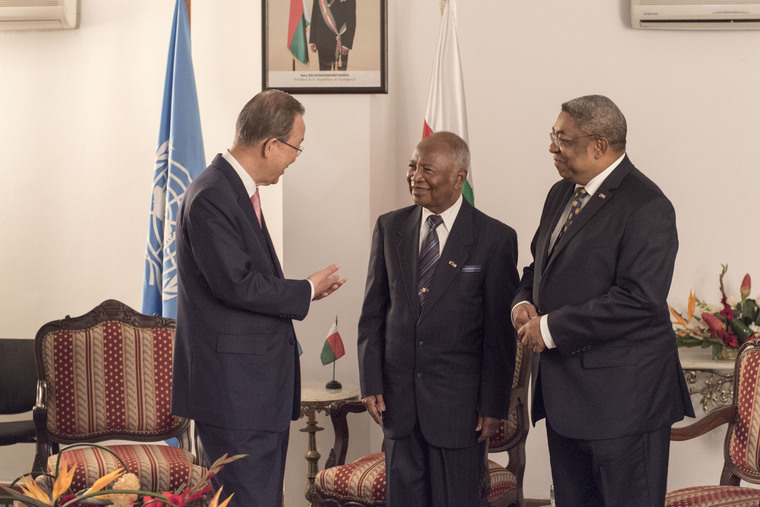 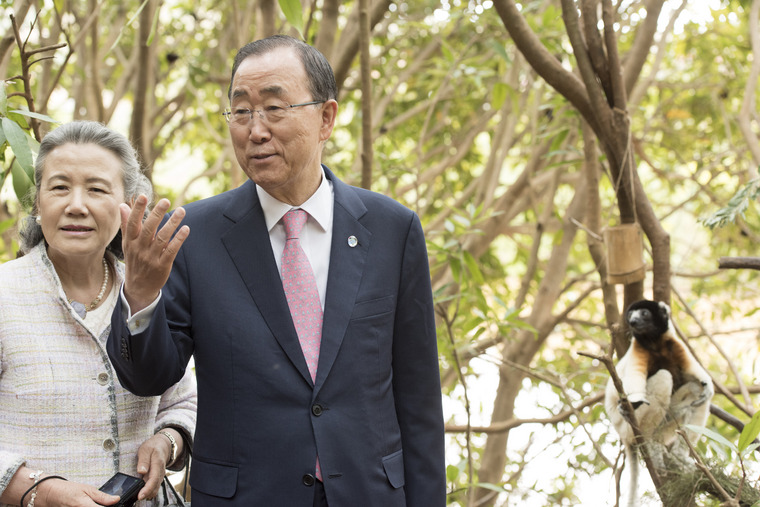 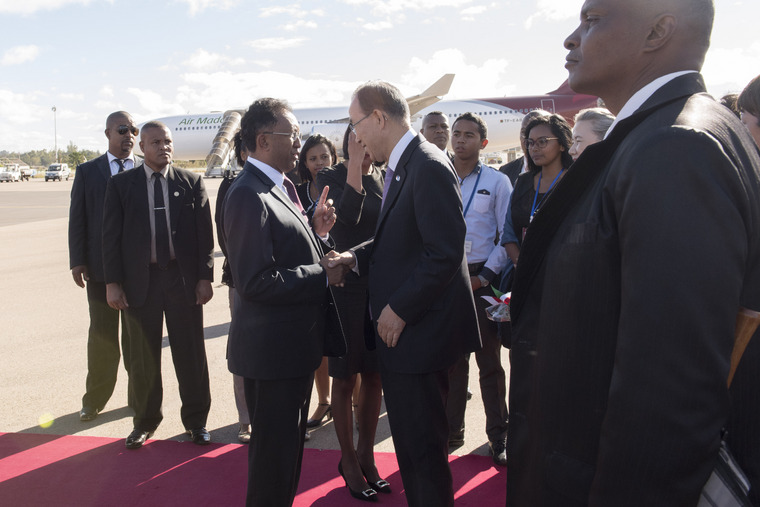 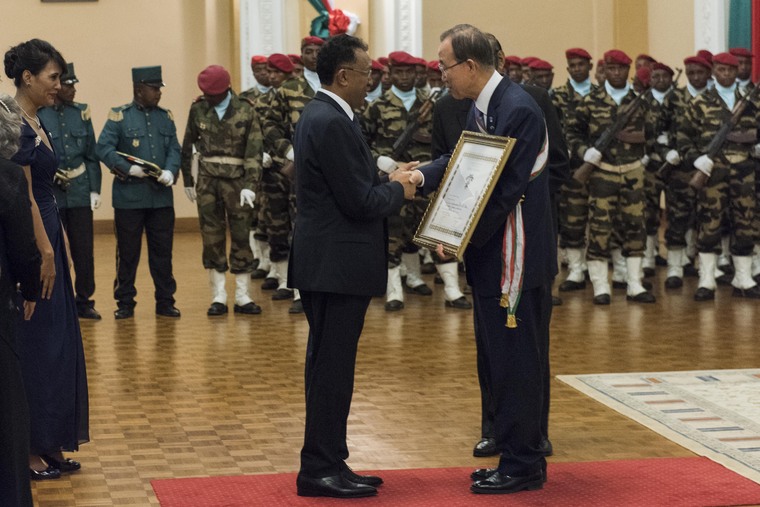 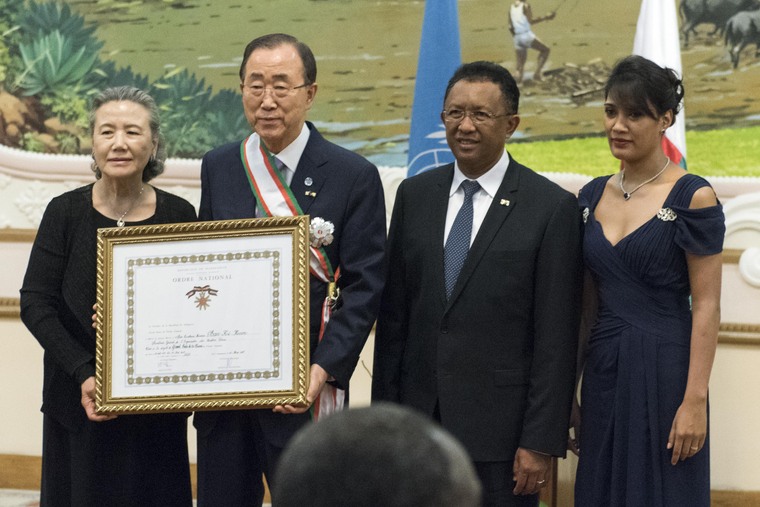 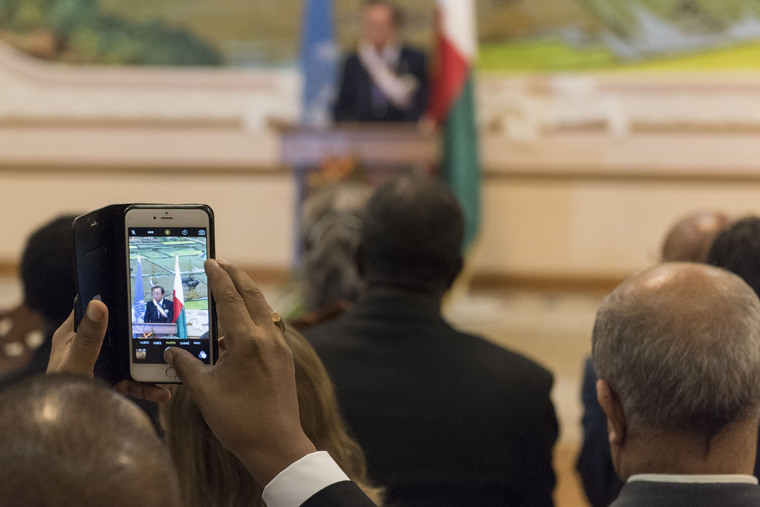 A member of the audience takes a snapshot of the Secretary-General Ban Ki-moon as he delivers his remarks. UN Photo/Mark Garten 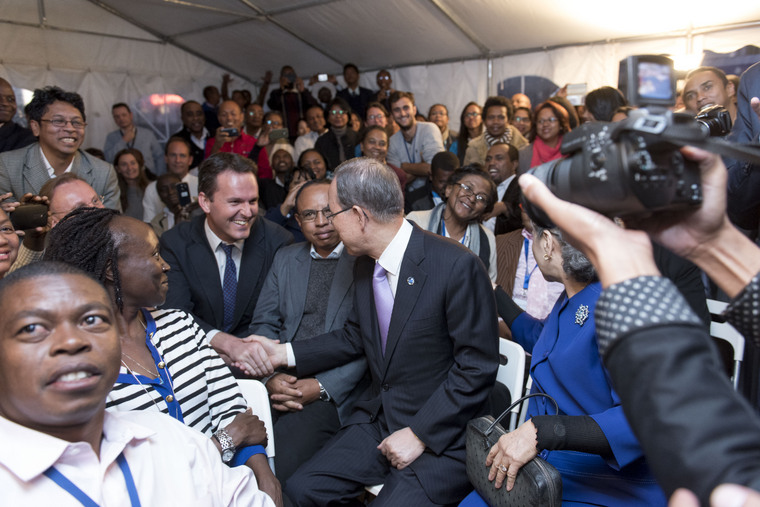 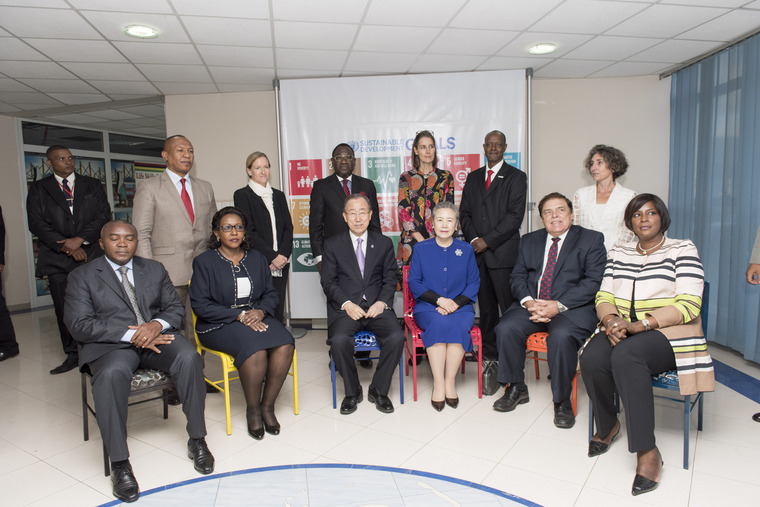 Noting that military operations “can never excuse human rights violations – here or anywhere,” the UN chief said there is no place for torture in the modern world, including in Madagascar: “I urge you to end all rights violations, including mob justice and extrajudicial killings,” he insisted, applauding the country for abolishing the death penalty. Thanking the active network of female Parliamentarians who champion the cause of nutrition, Mr. Ban recalled that Madagascar is a member of his Scaling Up Nutrition Movement.

“I commend your commitment to improving nutrition. Nutrition is about more than feeding people. It requires attention to health, agriculture, education, women’s empowerment and water,” he said, declaring the launch of the UN report on the cost of hunger in Madagascar.

“It paints an alarming picture. Nearly one out of two children here suffer from stunting. This is a tragedy for individuals and a disaster for development. Undernutrition costs more than a billion and a half dollars each year in Madagascar. That is almost 15 per cent of GDP. The human toll is immeasurable,” he warned.

“I am pleased that it is widely supported by the country’s officials and development partners. The United Nations will do everything possible to help this country reach the Sustainable Development Goals here,” he said.

He also commended Madagascar for being among the more than 175 countries that have signed the Paris Agreementon climate change, and urged the Parliament to ratify it immediately.

Small island developing States magnify the issues of sustainable development due to their unique vulnerabilities, United Nations Secretary-General Ban Ki-moon said today, calling for extra attention to be paid to the experiences and needs of nations such as Mauritius as leaders continue to work on implementing development targets.