UNICEF/Ueslei Marcelino
In Recife, Brazil, a 15-year-old mother holds her 4-month-old baby born with microcephaly, caused by the Zika virus.
6 May 2016

The Fund, which aims to provide a rapid, flexible and accountable platform to support a coordinated response from the UN system and partners, will directly support the Zika Strategic Response Framework, developed by the World Health Organization (WHO) in consultation with UN agencies, partners and international epidemiological experts.

Donors will contribute to a central point and an Advisory Committee will direct funds to the highest-priority activities in the affected countries.

Since January 2015, 61 countries and territories have reported local transmission of Zika, which is caused by a virus transmitted primarily by Aedes mosquitoes. The recent rise in the spread of the virus in some countries has been accompanied by an unprecedented rise in the number of children being born with unusually small heads – identified as microcephaly. Several countries have also reported an increase in Guillain-Barré syndrome – a neurological disorder that can lead to paralysis and death.

On 1 February, WHO announced that the cluster of cases of microcephaly and other neurological disorders, in particular Guillain-Barré syndrome, constituted a public health emergency of international concern. There is now scientific consensus that the Zika virus is linked to severe fetal malformations and serious disorders of the central nervous system and is a cause of microcephaly and Guillain-Barré syndrome.

The Zika Strategic Response Framework aims to investigate and respond to the cluster of microcephaly and other neurological complications linked to Zika virus, increase preventive measures, communicate risks, and provide care and support to those affected. 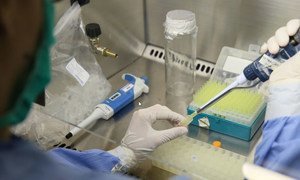