UNICEF Goodwill Ambassador Orlando Bloom plays Lego with pupils at a school in Slovyansk, as part of a visit to conflict-hit eastern Ukraine. He was in the country to raise awareness of the global education crisis facing children in emergencies. UNICEF/UN017899/Georgiev
4 May 2016

The report, entitled ‘Education Cannot Wait Proposal,’ found that nearly one in six – or 75 million – children from pre-primary to upper-secondary age (3 to 18 years old) living in nations affected by crises is classed as being in desperate need of educational support. However, on average, only 2 per cent of global humanitarian appeals are dedicated to education, UNICEF said in a press release.

“Education changes lives in emergencies,” said Josephine Bourne, UNICEF’s Global Chief of Education. “Going to school keeps children safe from abuses like trafficking and recruitment into armed groups and is a vital investment in children’s futures and in the future of their communities. It is time education is prioritized by the international community as an essential part of basic humanitarian response, alongside water, food and shelter.”

UNICEF said it released the new statistics ahead of the first World Humanitarian Summit in Istanbul on 23 and 24 May, where a new fund – Education Cannot Wait – will be launched to give access to learning to children in need in emergencies. 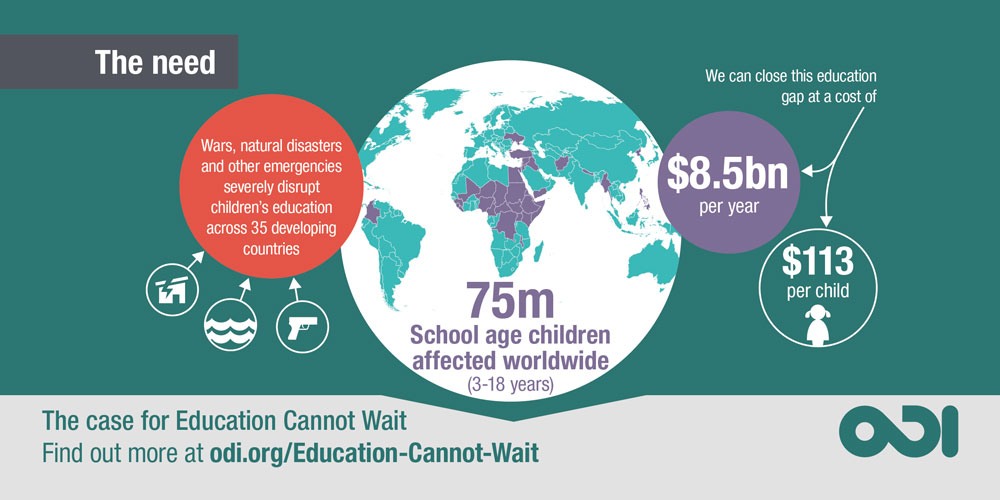 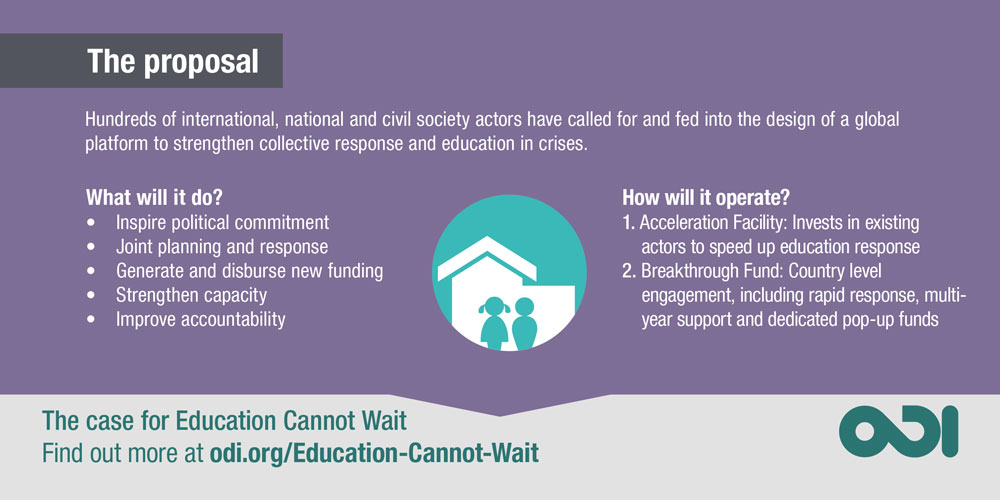 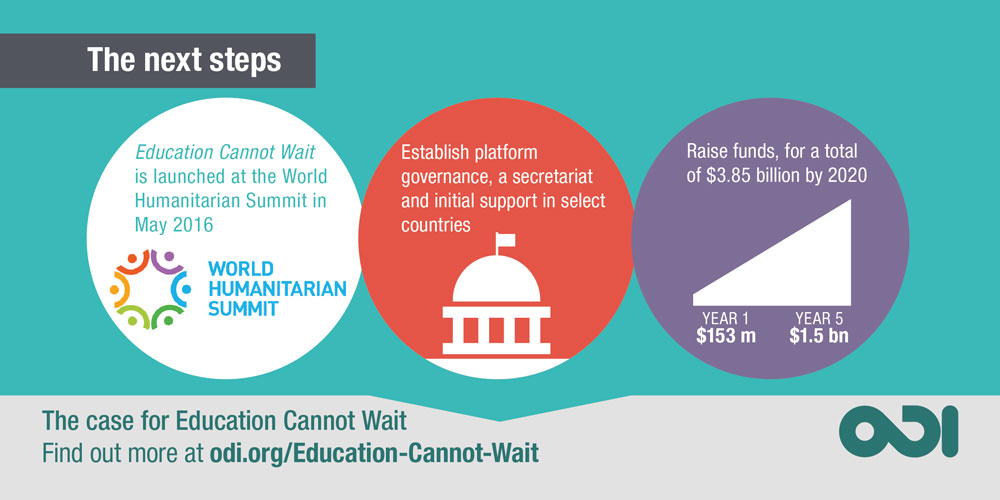 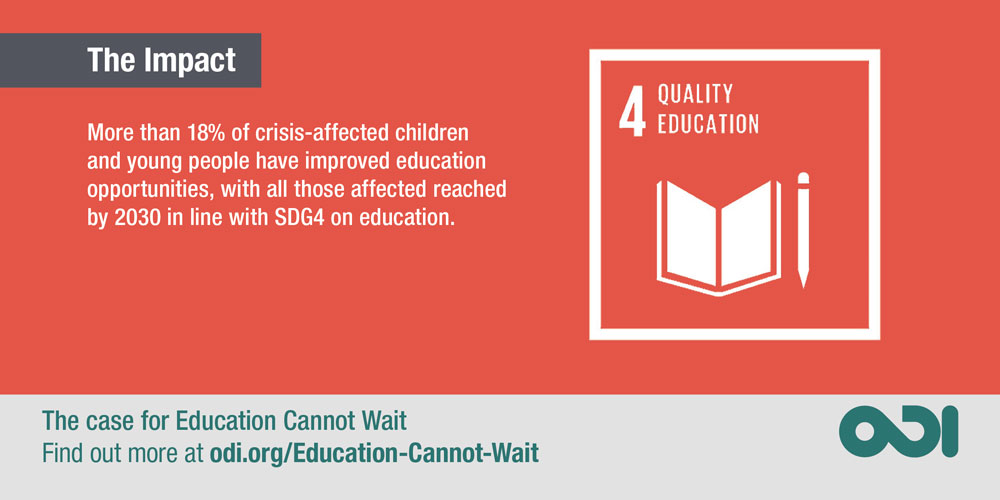 The new report, which was written by the Overseas Development Institute, came as UNICEF Goodwill Ambassador Orlando Bloom travelled to eastern Ukraine to raise awareness of the global education crisis facing children in humanitarian emergencies.

Mr. Bloom visited classrooms hit by shells just three kilometres from the frontline of the conflict that broke out more than two years ago. Approximately 580,000 children are in urgent need of aid and more than 230,000 children have been forced from their homes. Moreover, one in five schools and kindergartens in the region have been damaged or destroyed and about 300,000 children are in immediate need of assistance to continue their education, UNICEF said.

“I met children like 11-year-old Liana who hid in the basement of their school for almost two weeks, in freezing conditions, without lighting or heat, while shelling devastated the classrooms above,” said Mr. Bloom, who first travelled to see UNICEF’s work in 2007. “Now, after surviving some of the most terrifying experiences life could possibly throw at them, all they want is to get back to the safety and routine of school and plan for their futures.”

UNICEF has thus far supported the repair and rehabilitation of 57 schools in eastern Ukraine, and has supplied hundreds of thousands of children with vital supplies like schoolbooks, desks and pencils, as well as psychological support and catch-up classes.

The agency has also reached nearly 280,000 children with information on the risks posed by land mines and unexploded ordnance, which litter communities near the frontline.

“For too many children in eastern Ukraine, simply walking to school could end their life, or result in life-changing injuries,” said Giovanna Barberis, UNICEF Representative in Ukraine. “Since the beginning of the crisis, more than 55,000 unexploded landmines, shells and other ordnance have been found and removed – and we know this is just the tip of the iceberg. Our aim is to ensure that all children can safely get to class, study and play.”

During his time in eastern Ukraine, Mr. Bloom also met with schoolchildren who are receiving counselling from UNICEF-supported psychologists, to help them recover from their distressing experiences during the conflict.

“Education is providing children in eastern Ukraine with the building blocks to rebuild their lives in a safe and supportive environment,” he said. “Every child in humanitarian emergencies deserves a fair chance of a bright future.”

Almost two thirds of children who have not been immunized with basic vaccines live in countries that are either partially or entirely affected by conflict, the United Nations Children’s Fund (UNICEF) said today, ahead of World Immunization Week.