UNICEF/UN011402/El Ouerchefani
A child watches a truck carrying humanitarian aid for the besieged town of Moadamiyeh in February. In all, UNICEF delivered 16 truckloads of winter clothing and diapers.
4 April 2016

“We must not fail the people who need us, when they need us most,” said the UN chief, drawing particular attention to the leader’s segment and the roundtables, that will take place during the 23-24 May summit in Istanbul, Turkey.

“First, the best way to achieve bold, courageous change is to make sure that leaders are there to deliver it,” Mr. Ban said, noting that the leaders’ segment will be an opportunity to discuss the five core responsibilities of his Agenda for Humanity.

The five core aims are: political leadership to prevent and end conflict; uphold the norms that safeguard humanity; leave no one behind; change people’s lives – from delivering aid to ending need; and invest in humanity.

“History will judge us by how we use this moment,” Mr. Ban said, urging States to come to Istanbul at the highest level and to show leadership on the great challenges of the 21st century.

“We must not let down the many millions of men, women and children in dire need,” he added.

Mr. Ban said that seven roundtable sessions will be held over the two days to provide a space for leaders from Member States, civil society and the private sector to focus on a number of challenges crucial to achieving the 2030 Agenda for Sustainable Development and other shared goals.

The themes of the roundtables are: Preventing and Ending Conflict; Upholding the Norms that Safeguard Humanity; Leaving No-one Behind; Natural Disasters and Climate Change; From Delivering Aid to Ending Need; Gender Equality; and Investing in Humanity.

He said that proposed core commitments that reflect some of the changes necessary to turn the Agenda for Humanity into action were circulated last week for consideration and should be finalized by 18 April.

These are voluntary and non-binding, and can be individual or joint commitments. The Summit is not an end point, but the beginning of a new era of international solidarity to halt the terrible suffering of people affected by conflicts and disasters. The Summit’s success would make an enormous qualitative difference in advancing action on so many other fronts – not least the 2030 Agenda.

The summit outcomes will include a Chair’s summary that will be issued in Istanbul, and a “Commitments to Action” document that will follow some time later. Along with the Agenda for Humanity, these all constitute important elements to the framework for action and follow-up, he said.

The follow-up will begin with the Humanitarian Affairs Segment of the UN Economic and Social Council in June. In September, Mr. Ban will submit his report to the General Assembly, presenting the outcomes of the Summit and further possible steps ahead, he said.

At that point, Member States can decide to take forward some or all of the report's recommendations through intergovernmental discussions and negotiations, he said. The annual General Assembly humanitarian resolutions in the autumn will likely be vehicles for many of these important discussions.

“Let us make the World Humanitarian Summit a historic step forward for our common humanity,” he said.

The briefing was organized by the Office for the Coordination of Humanitarian Affairs (OCHA) at the UN Headquarters in New York. 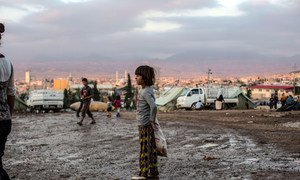 Not since the Second World War have global humanitarian needs been so high. From the crisis in Syria and the drought in Ethiopia, to the conflict in Sudan and the violence in the Lake Chad Basin, more than 125 million people around the world whose lives have been devastated by conflict and disaster desperately need humanitarian aid and protection.