The top United Nations peacekeeping official has underscored that the protection of and assistance to victims of sexual exploitation and abuse in the Central African Republic remains the Organization's top priority.

According to the Office of the Spokesperson for the Secretary-General, Hervé Ladsous, the Under-Secretary-General who heads the UN Department of Peacekeeping Operations, said: 'I condemn the scourge of sexual exploitation in the Central African Republic,' and reiterated proposals to establish martial courts in situ.

Mr. Ladsous met with personnel from the UN Multidimensional Integrated Stabilization Mission in the Central African Republic (MINUSCA) and, through video conference, with staff from the field, where he firmly reminded military personnel commanders and police officers that they needed to be personally committed to countering sexual exploitation and abuse.

Speaking to reporters in Bangui, the UN peacekeeping chief stressed that it was the responsibility of police and troop contributing countries to provide military and police staff personnel who have been sensitized, trained and fully aware that they would face sanctions if allegations were to be confirmed.

At the same time, victims in the area continued to be interviewed by a MINUSCA-led investigation team comprised of experts on internal oversight, human rights, child and women's protection, conduct and discipline from various parts of the UN system, including the Office of Internal Oversight Services (OIOS), the UN Population Fund (UNFPA), the Office of the UN High Commissioner for Refugees (UNHCR), and the UN Children's Fund (UNICEF).

Mr. Ladsous has been in CAR since earlier in the week when he represented the Secretary-General at the inauguration ceremony of the newly elected president of CAR, Faustin-Archange Touadera. 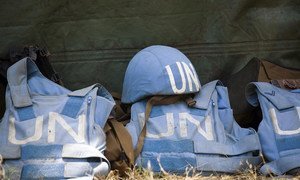 The United Nations human rights chief today described the latest reports of sexual exploitation and abuse in the Central African Republic as “sickening,” calling for a thorough investigation into alleged conducts by UN and French troops, as well as local armed groups.