Visiting Sweden today, United Nations Secretary-General Ban Ki-moon underscored the many challenges the world currently faces, including one of the most pressing of them – climate change.

“We are more connected than ever before. More people than ever live in cities. New economic powers are rising. There are more than three times as many members of the United Nations as there were in Hammarskjöld's day. New threats have emerged – climate change above all,” he said.

Dag Hammarskjöld was Secretary-General of the United Nations from April 1953 until September 1961 when he died in a plane crash while on a peace mission in the Congo.

“In all of our work, Dag Hammarskjöld remains a touchstone for courageous, principled action,” the current UN chief underlined. “When I visited his gravesite in Uppsala on the 50th anniversary of his death, I laid a wreath in honour of his life and reflected on the timeless example of his service.” 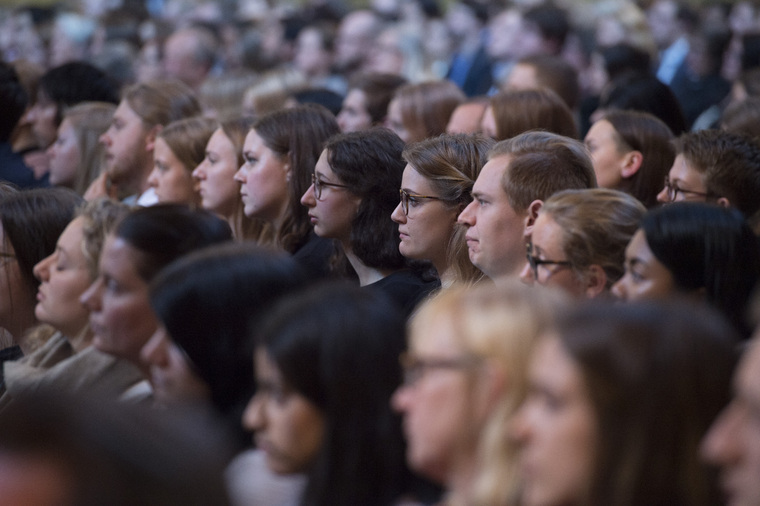 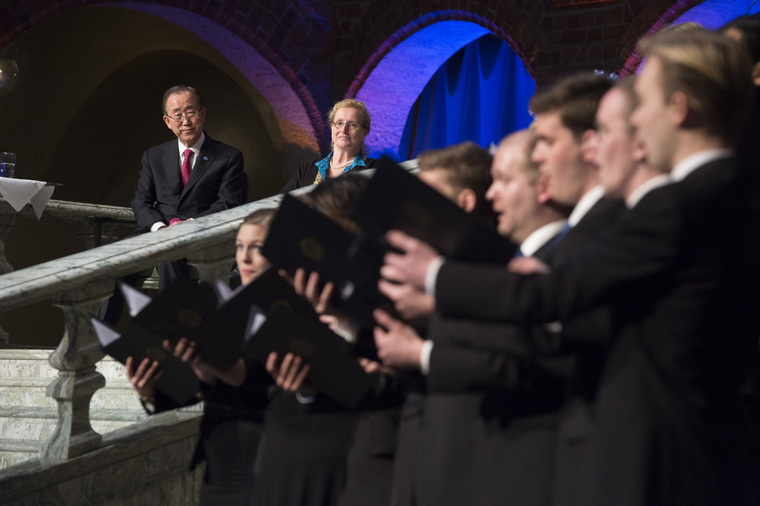 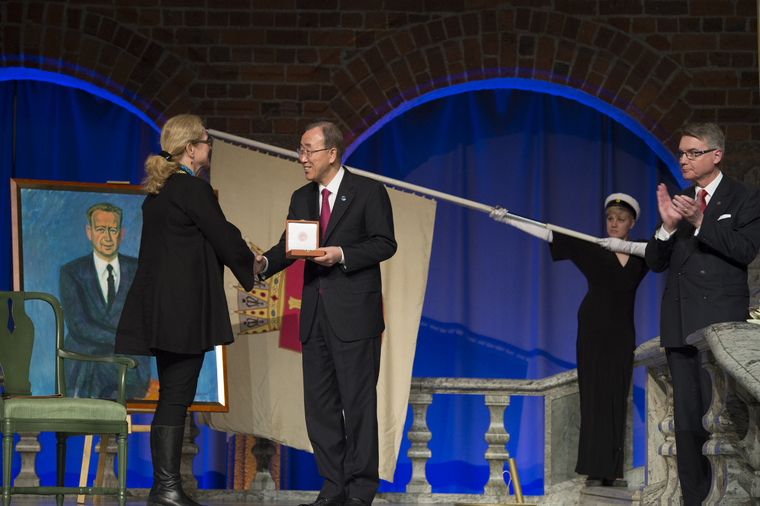 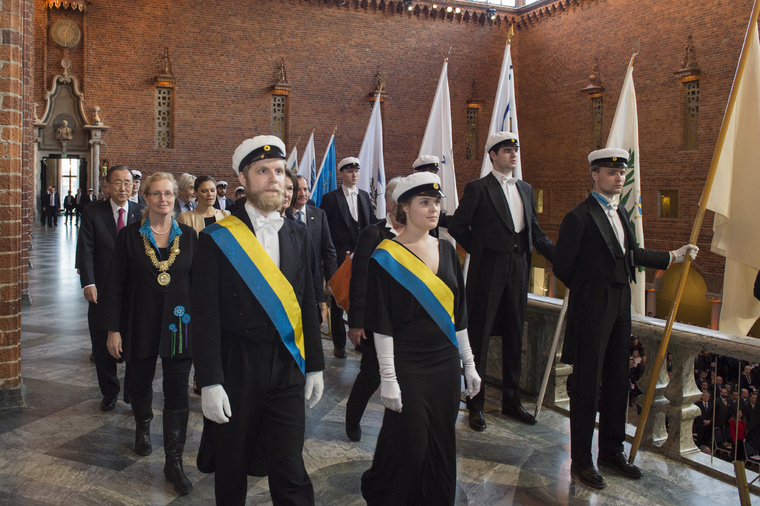 Secretary-General Ban Ki-moon arrives for his lecture in a procession at Uppsala University. UN Photo/Eskinder Debebe

The Secretary-General also emphasized in his speech the positive role Sweden has played in the United Nations for almost 70 years and on the country' indispensable contribution to UN humanitarian and peacekeeping efforts.

“I especially welcome Sweden's support for Security Council resolution 1325 on women, peace and security, and the network of women mediators. Sweden was the first country to appoint a female Permanent Representative to the United Nations – Ms. Agda Rössel, in 1958. Today, your feminist foreign policy is bringing new voices to the table,” he underlined.

“Today I would like to highlight four areas where your contributions are crucial and where I would like for us to work together to be even more ambitious: first, addressing the refugee challenge; second, advancing a more sustainable world; third, enhancing peace and security; and fourth, ensuring the strongest possible United Nations,” he added.

Addressing the issue of “human mobility,” which he called “one of the leading trends of our time,” Mr. Ban said refugees have “fled hell.”

“They need our help in a spirit of shared global responsibility,” he insisted. I know there are tensions and difficulties with receiving great numbers of refugees. But I have been deeply moved by the many stories of Swedish hospitality and goodwill. My message to Sweden is to keep striving for solidarity. Recognize the economic dynamism that migrants and refugees make possible. Take a stand against negative and nativist narratives. Lead the way to more understanding guided by the universal values set out in the UN Charter.”

“This is a 15-year blueprint to end global poverty approved by world leaders last September. It embodies a commitment to leave no one behind. In many respects, it is a global Declaration of Interdependence,” Mr. Ban stated.

According to the UN's chief spokesperson, earlier in the day, he was scheduled to meet Prime Minister Löfven of Sweden. The two leaders are expected to discuss the challenges posed by the large-scale movements of refugees and migrants to Europe, and the necessity to work for peace and address the situation in Syria and Iraq, including efforts to counter the Islamic State of Iraq and the Levant, or Da'esh.

They are also expected to exchange views on the upcoming World Humanitarian Summit in Istanbul, and the efforts to reform and modernize these United Nations.

As part of a joint effort to increase protection for the growing numbers of children and others with specific needs arriving in Europe, two United Nations agencies have agreed to set up special support centres for children and families along the most frequently used migration routes across the continent.