On International Day, Ban calls to bring all perpetrators of heinous crimes to justice

UN Photo/Mark Garten
The UN flag flies at half-mast at the Organization’s Headquarters in New York, in memory of fallen colleagues who lost their lives in the conflict in Gaza.
25 March 2016

On the International Day of Solidarity with Detained and Missing Staff, United Nations Secretary-General Ban Ki-moon today urged for intensified efforts to bring all perpetrators of heinous crimes to justice, and to end impunity.

On the International Day of Solidarity with Detained and Missing Staff, United Nations Secretary-General Ban Ki-moon today urged for intensified efforts to bring all perpetrators of heinous crimes to justice, and to end impunity.

“Last month, we received the tragic confirmation of the killing of our colleague Amer al-Kaissy in Iraq some nine months after he had been abducted,” Mr. Ban said in a message. “I repeat my condemnation of this despicable murder and my call on the Iraqi authorities to bring the perpetrators to justice.”

Last year, six United Nations personnel were abducted and held hostage by non-State actors before being released. Twenty United Nations civilian personnel remain in detention, and five personnel are held by Member States without any reasons given for the arrests.

“This unacceptable silence jeopardizes the individuals concerned while undermining the larger mission of the United Nations. Personnel, especially those deployed under dangerous conditions, deserve full protection and rights. Some are local staff striving to advance progress in their own countries. Others are far from their respective homes and families. All represent the best of the United Nations,” the UN chief stressed.

He called on all parties to respect the rights, privileges and immunities of United Nations personnel, and reminded national authorities of their responsibility for protecting all UN personnel and preventing violations against them.

“All States must also support the 1994 Convention on the Safety of United Nations and Associated Personnel as well as the 2005 Optional Protocol to the Convention, which extends legal protection to other humanitarian workers,” Mr. Ban added.

“Among the many who were affected by the death of Mr. al-Kaissy, one friend wrote in tribute a pledge to carry on his vital work. This moving response testifies to the tenacity and commitment of United Nations staff, who deserve full protection as they strive to fulfil our mission to foster development, peace and human rights around the world,” he concluded.

♦ Receive daily updates directly in your inbox - Subscribe here to a topic.
♦ Download the UN News app for your iOS or Android devices.
missing|staff

Over half Kosovo’s missing accounted for, mostly through body identification –UN 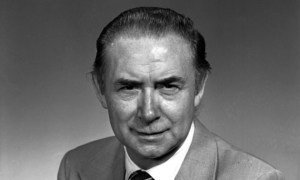 Secretary-General Ban Ki-moon called today for the release of all United Nations personnel who have been unlawfully arrested and detained, in a message to mark the International Day of Solidarity with Detained and Missing Staff Members.