When Betty was asked to participate in a multimedia exhibition about violence against women and disability, at first she did not think her story was worthy enough.

“Because it was just depression,” the 42-year-old Australian mother of four explained. “But now I’m coming to terms that no, this is real, and people need to know that depression is a disability and it’s not just something you can get over.”

Like for many of the 21 other women in the project – which is expanding as more choose to break their silence – Silent Tears has been an integral part of Betty’s healing. The exhibition was recently featured during the United Nations Commission on the Status of Women (CSW), an intergovernmental body exclusively dedicated to the promotion of gender equality and the empowerment of women. Silent Tears is a storytelling platform for women with disabilities who have been subjected to violence and women who have acquired disabilities as a result of violence.

Betty has suffered from chronic depression since the age of seven after years of sexual abuse perpetrated by her father. She decided to speak up for the first time through the project.

“In the past I would keep everything to myself, I wouldn’t tell my story because my sisters were involved as well and when they spoke out nobody in my family believed them. So who was going to believe me?” 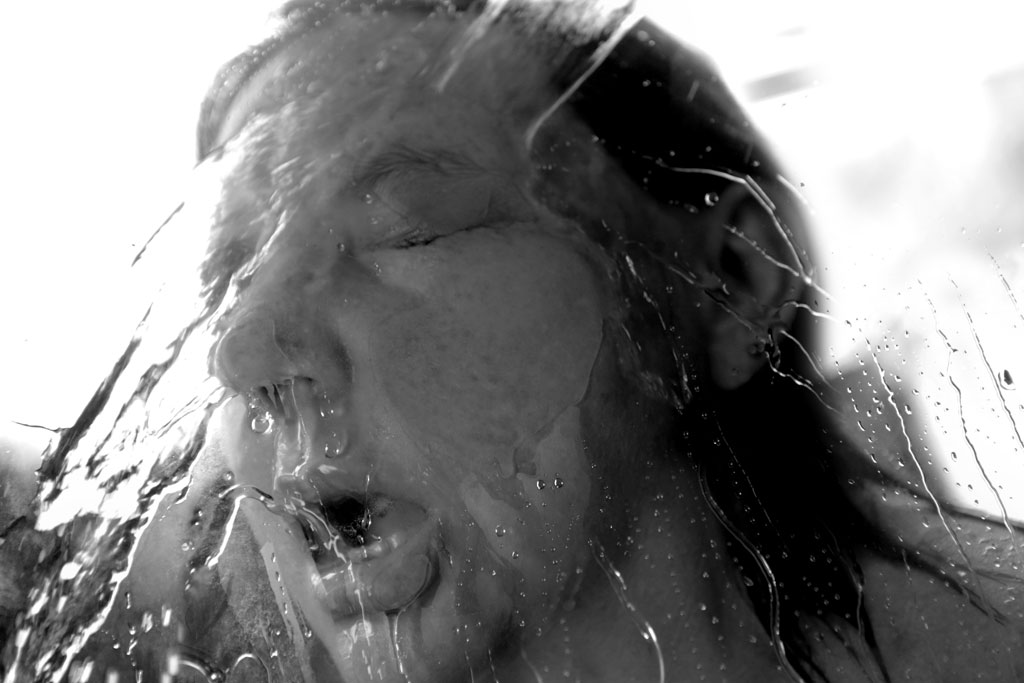 Last September, UN Member States adopted the 2030 Agenda for Sustainable Development, which includes a set of 17 Sustainable Development Goals. Goal 5 calls for the elimination of all forms of violence against women and girls in the public and private sphere. This being the first time the Commission on the Status of Women is meeting following the adoption of the 2030 Agenda, it made women’s empowerment and its link to sustainable development the focus of its two-week session, which ends today.

As part of the efforts to highlight the need to eliminate violence against women and girls, the Australian mission to the UN co-hosted a CSW side event to display the work of the Silent Tears project and talk about the intersections of culture, gender, disability and identity, and why gender-based violence is so difficult to resolve.

“It’s been a very interesting journey because every single woman is different and brings a different perspective to the exhibition,” said Belinda Mason, the creator of Silent Tears who collaborated with three other Australian artists. “And behind each of those individuals are thousands of women who feel the same way they do.” 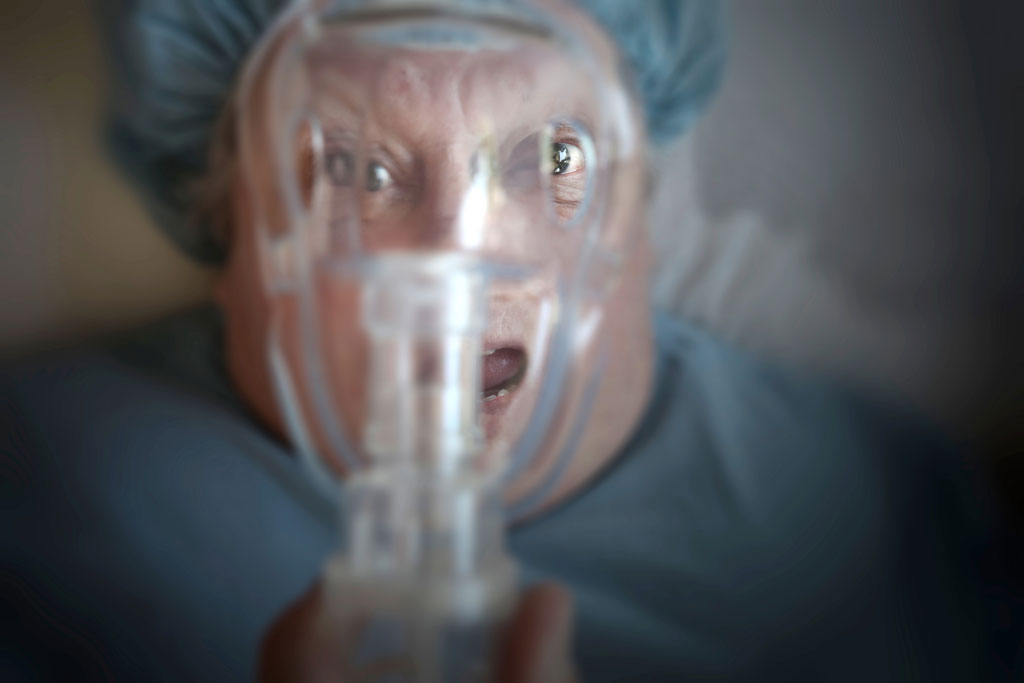 Carolyn Dewaegeneire, 71, was the victim of a medical practitioner. In 2002, a rogue doctor cut out her entire external genitalia, a practice known as female genital mutilation, or FGM. She had gone in for the removal of a small piece of skin on her left labia as a precautionary measure.

“I went into shock for two years, and then I read a newspaper heading, ‘Obstetrician struck off for gross professional misconduct’ on the 20th of August 2004. I snapped out of it and have been fighting ever since,” she said.

Today, as a survivor, Ms. Dewaegeneire hopes speaking up about her story will help many others suffering from the condition. The UN estimates that at least 200 million girls and women alive today have undergone some form of FGM, which is recognized internationally as a human rights violation.

“Female genital mutilation for a young girl is purely a way of controlling her sexuality so that she never knows what God gave her. I can’t imagine what it’s like for those young girls,” she said. “Because I was a mature woman who had been loved beautifully, the full enormity of it hits me much harder than it would a little girl who doesn’t know the love that she’s capable of receiving.”

Every Silent Tears story is recorded in three different ways. First, the women are photographed in a documentary style showing their everyday lives. Artist Belinda Mason said this creates an immediate connection to their story. Then they are photographed with water; those images are displayed on clear acrylic.

“The women are visible yet invisible which is what they exactly are. And the water element looks as though it is covering them, and that is symbolic of the tears and why the exhibition is called Silent Tears,” Ms. Mason noted.

The third and final part is bringing the still images to life through video installations, with each woman narrating a piece of her story. This portion is produced by 21-year-old Dieter Knierim, an emerging Australian artist.

“It’s important to me to raise awareness about violence against women because a world where people don’t show respect and compassion is not a world that we should be encouraging,” Mr. Knierim stressed. “People are stubborn; you have to get them to understand. But there are ways of getting the message through.”

He agreed that he is a ‘HeForShe,’ a movement launched more than a year ago by UN Women – the UN entity tasked with promoting gender rights – to mobilize people of every identity to unite and craft a shared vision of a gender equal world. 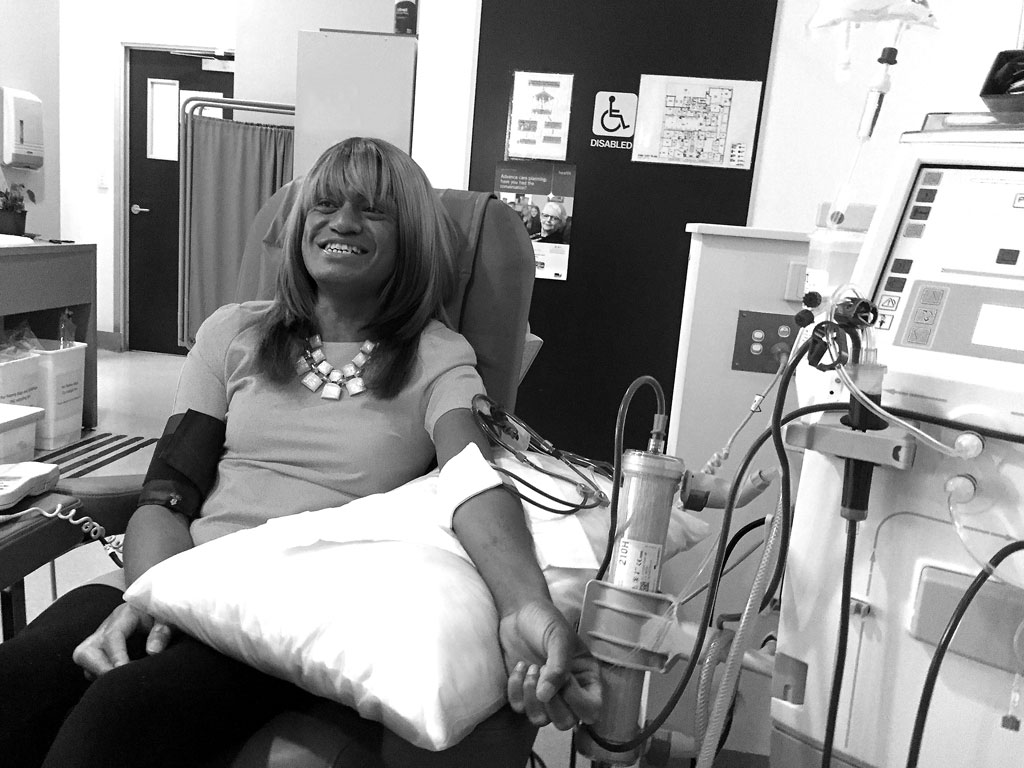 Amao, 44, another participant, says she gets her strength from being a Pacific Islander; they often use humour to deal with difficult situations. Her parents are both Samoan, and she was born in New Zealand and currently lives in Melbourne, Australia. She has been “in her gender” for 13 years, and described this as another contributing factor to feeling stronger today.

“I feel it is a duty to speak up because I never want anybody to go through what I went through,” she said. “It’s important for all individuals, any human – female, male or trans – that their voices be heard.”

Amao was abused for five years starting at age seven. “For 30 years it’s been such a struggle. I’ve only been able to do something about it in the past five or six years. I had to affirm to myself that I would do something with my life, that I would do great things. It’s about letting go of those that don’t do anything for you.”

Today she is also suffering from a kidney condition and needs a transplant. “If you’re given this opportunity to live, you might as well live to the best that you can, trying to find ways to heal. Nobody else can tell you to get over it. You need to find that within yourself. And so for me it’s a case of having good support networks.” 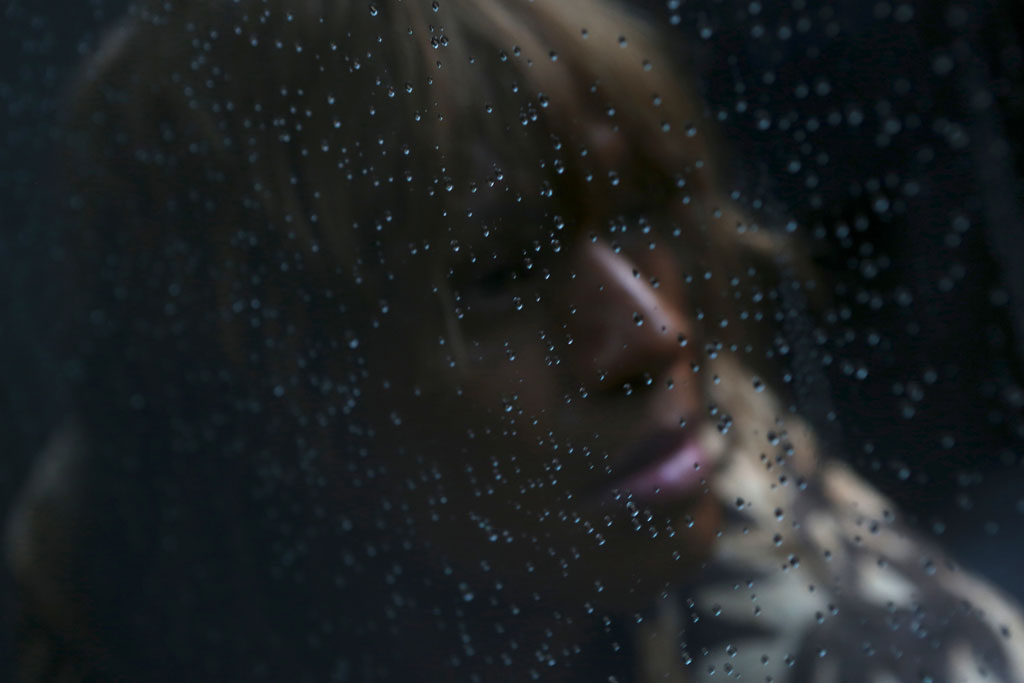 Searching for a peer support group is a suggestion the UN Special Rapporteur on the rights of persons with disabilities gives to women in vulnerable situations.

“It’s important to remind women with disabilities that they have to be proud and they need to continue to be strong and to fight for their rights,” said Catalina Devandas Aguilar, whose job as an independent UN expert includes making concrete recommendations on how to better promote and protect the rights of persons with disabilities.

“We need to make the alarming rates of violence against women with disabilities visible, and we need them to speak up,” she continued. “But we also need to create a safe environment that would allow them to do that. And that is very complicated because the whole judicial system, the whole family setting, most of the time neglect women with disabilities, the possibility to complain about what is happening to them, to really denounce the violations.”

She added that the UN is doing a great deal to increase attention on these human rights, especially since the adoption of the Convention on the Rights of Persons with Disabilities by the General Assembly in 2006.

“One of the main gaps that I still see is the coordination,” she warned. “The UN still needs to work on a system-wide approach so that we make sure that the issue is considered in every single phase of discussion at the UN.” 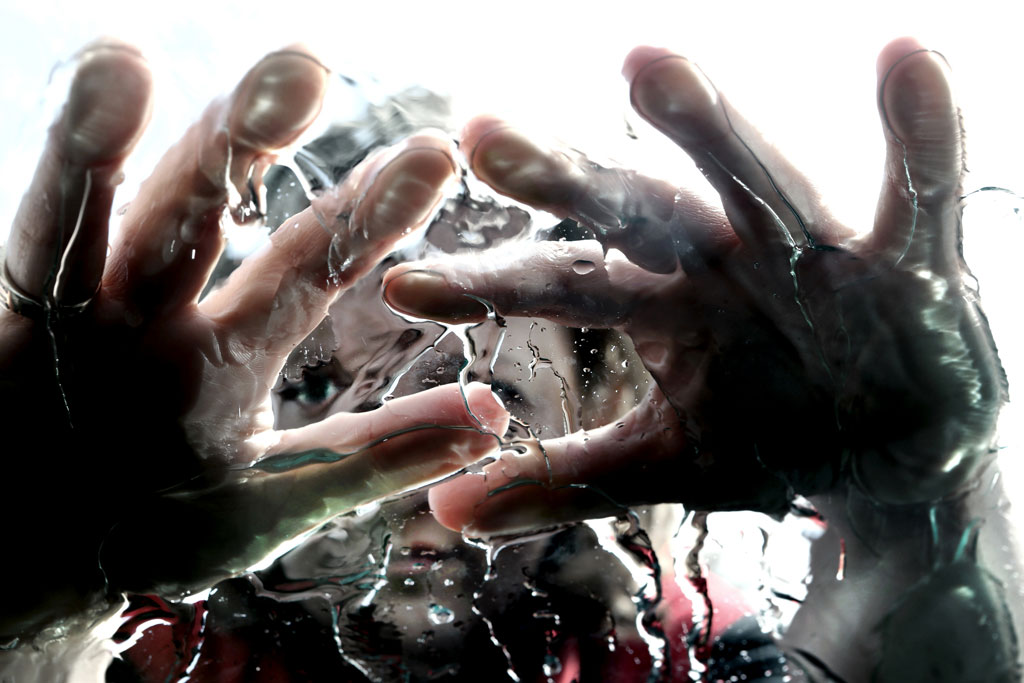 Denise Beckwith, a disability consultant for Silent Tears, has been involved in advocacy work for 15 years. She wants the exposition to show that disability does not need to be isolated as a “specialist issue” when discussing women and violence: “It needs to be included in an accessible and collaborative manner so that social inclusion and policy can include people with disabilities,” she insisted.

This has motivated her to become a contributing artist to the project. Although she has cerebral palsy and has difficulty holding a camera with crutches, Denise uses a selfie stick and has now photographed eight of the participants.

“I know that the area of disability rights is strengthening but it needs to continue to strengthen, and women and people with disabilities need to be supported to tell their stories so people can learn from them,” she said. “That’s the value of Silent Tears, and that’s what I’ve learned and what the participants have told me. The power of stories is everything, because without stories being told things remain silent.” 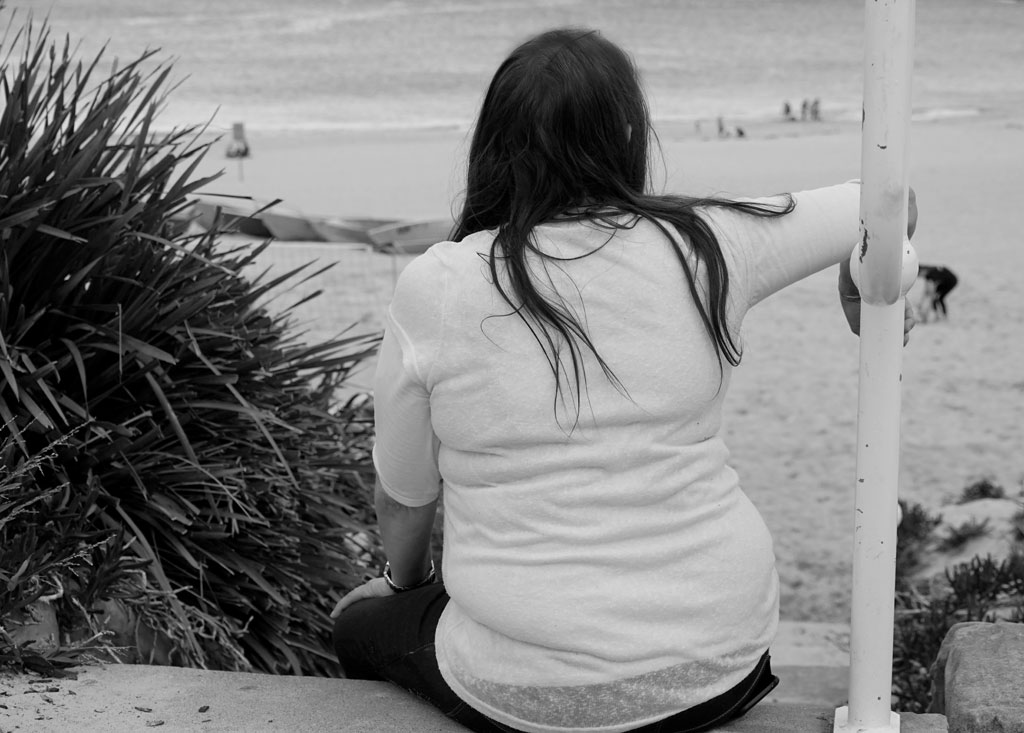 Rochelle, 49, broke the silence by writing an autobiography entitled “Little Rock” about surviving some of the most violent forms of abuse. She is an indigenous Australian, which she notes is not apparent because she is white.

“The reason why I wrote it and the reason why I’m [at the UN] today is because I’m a survivor, and not a statistic,” she stressed. “I have survived everything you can imagine. I’m a survivor of all forms of abuse, ranging from emotional, physical, mental, spiritual, sexual, incest, bestiality, child pornography, and I’m a survivor of a dysfunctional family where my mother was an alcoholic and used drugs occasionally.”

I’m a survivor and not a statistic

Her mother also had boyfriends who would abuse her. “Lots of threats of death, lots of people holding knives to my throat, even my Mom tried to kill my brother and myself with an axe, so I’ve lived through a lot and I’m here to try and make a statement – or I am making a statement – to get it out there and help any young people to be able to reach out and approach certain people in the community to give them some help, and not live in situations like that.”

Rochelle said participating in the Silent Tears project exceeded her expectations. “For many years I felt like a freak. But after I met Belinda and she put me at ease, to see myself and to hear what I’ve gone through, it blew me away.”

She added that meeting the other women in the project has also had an impact on her healing. “Our stories are so different but we bonded over the fact that we’ve had some terrible things happen to us. It’s made me feel powerful and strong.” 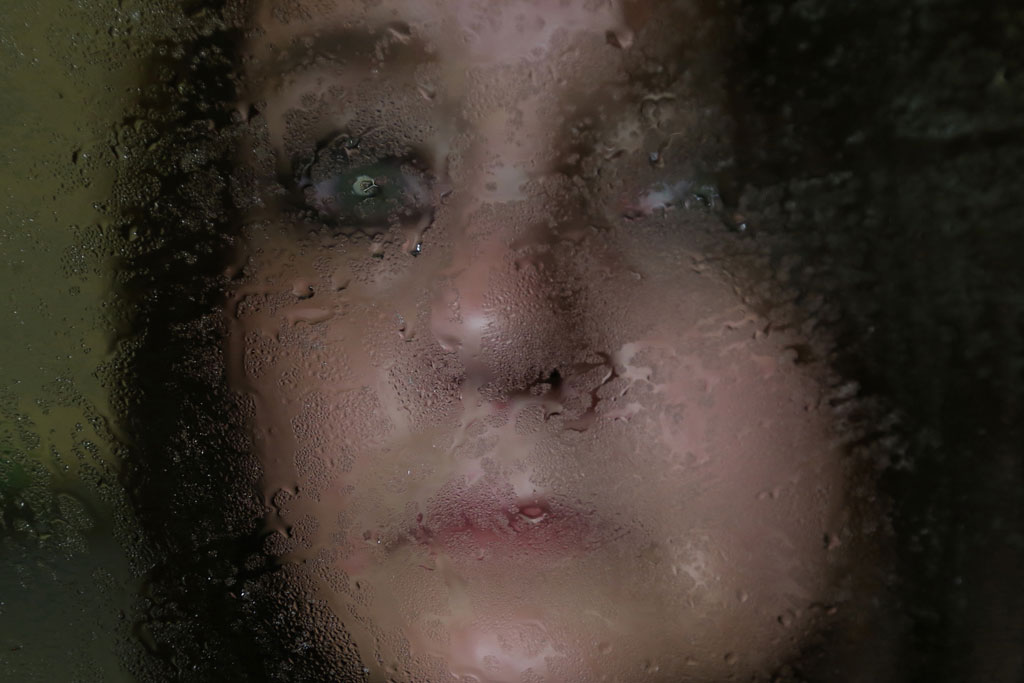 During a conversation on how to achieve gender equality on the sidelines of the Commission on the Status of Women (CSW), the Prime Minister of Canada and the head of UN Women – the United Nations entity tasked with promoting gender rights – highlighted that the movement needs to involve everyone in society, not just women.