UNDP Somalia
A Somali woman in Garowe drawing water from one of the many man-made ponds dug through a UNDP-supported initiative to bring water to drought-affected communities.
22 March 2016

With nearly half of the world’s workers employed in water-related sectors, sustainable access to safe water can change lives and livelihoods, the United Nations today said, underscoring the link between water and jobs, this year’s theme for World Water Day.

Secretary-General Ban Ki-moon noted that despite its paramount importance, water as a sector does not generally receive the attention it deserves.

“Water is central to human survival, the environment and the economy,” the Secretary-General said on the Day, an opportunity for everyone to learn more about water related issues, be inspired to tell others and take action to make a difference.

Mr. Ban pointed out in his message that people with the least access to water and sanitation often also lack access to health care and stable jobs, perpetuating the cycle of poverty.

“The basic provision of adequate water, sanitation and hygiene services at home, at school and in the workplace enables a robust economy by contributing to a healthy and productive population and workforce,” he said, expressing concern in gaps in accessing water and sanitation between men and women, cities and countryside, and the rich and the poor.

He called for bold action to address water inequality, as parts of effort to realize the 2030 Agenda for Sustainable Development whose Goal 6 aims to ensure availability and sustainable management of water and sanitation for all.

The importance of water in the job sector is marked with an official World Water Day event at the UN International Labour Organization (ILO) in Geneva, convened on behalf of the UN inter-agency mechanism on all freshwater-related issues, UN-Water.

In his video message, Guy Ryder, ILO Director-General and Chair of UN-Water, calls for “better water and better jobs.” He highlighted the situation of some 1.5 billion people who work in water-related sectors, many of whom are not recognized for the work they do, nor protected by basic labour rights.

Guy Ryder highlights the situation of the 1.5 billion people who work in water, many of whom are not recognized for the work they do, or protected by basic labour rights. Credit: ILO

As an example, he spoke about a woman from The Gambia who would spend much of her day fetching water, when she could have been working in the formal sector, had that water delivery been provided.

“Water is work,” Mr. Ryder said. “It requires workers for its safe and clean delivery, and at the same time, it can create and improve conditions of work.”

As part of the celebration, the UN today is launching the UN World Water Development Report, focused on the advancement of the prospect of decent work for all.

Among its findings, the report estimated that some 2 billion people require access to improved sanitation, particularly women and girls. 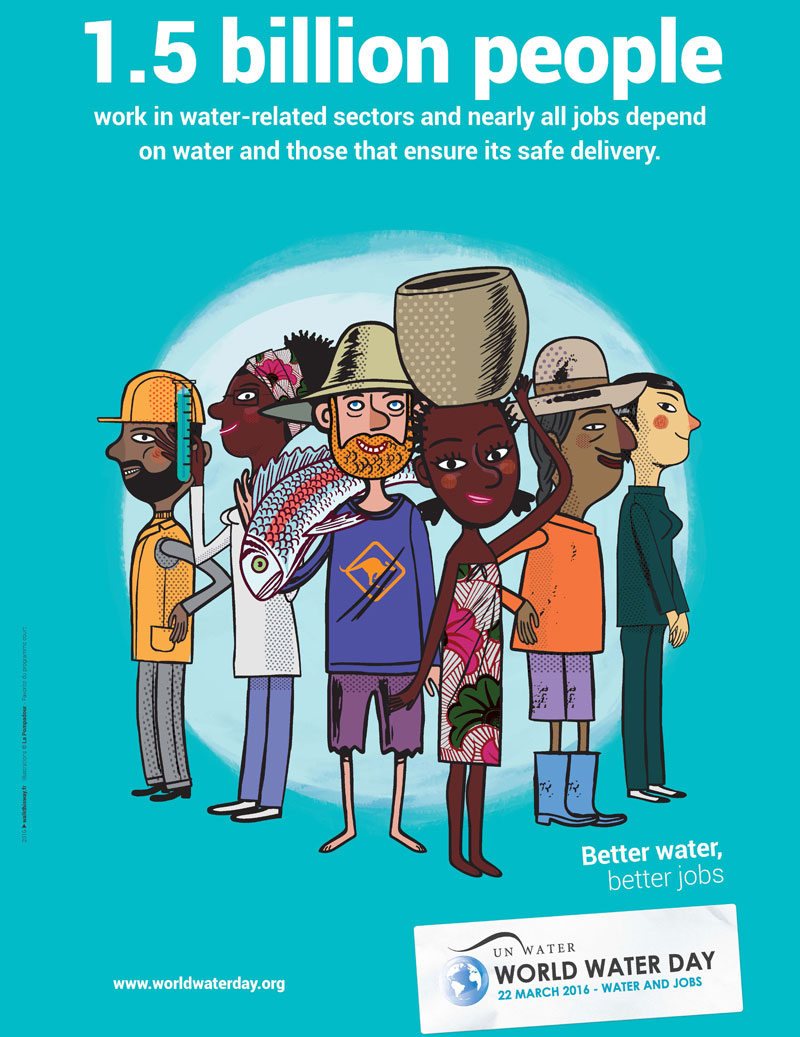 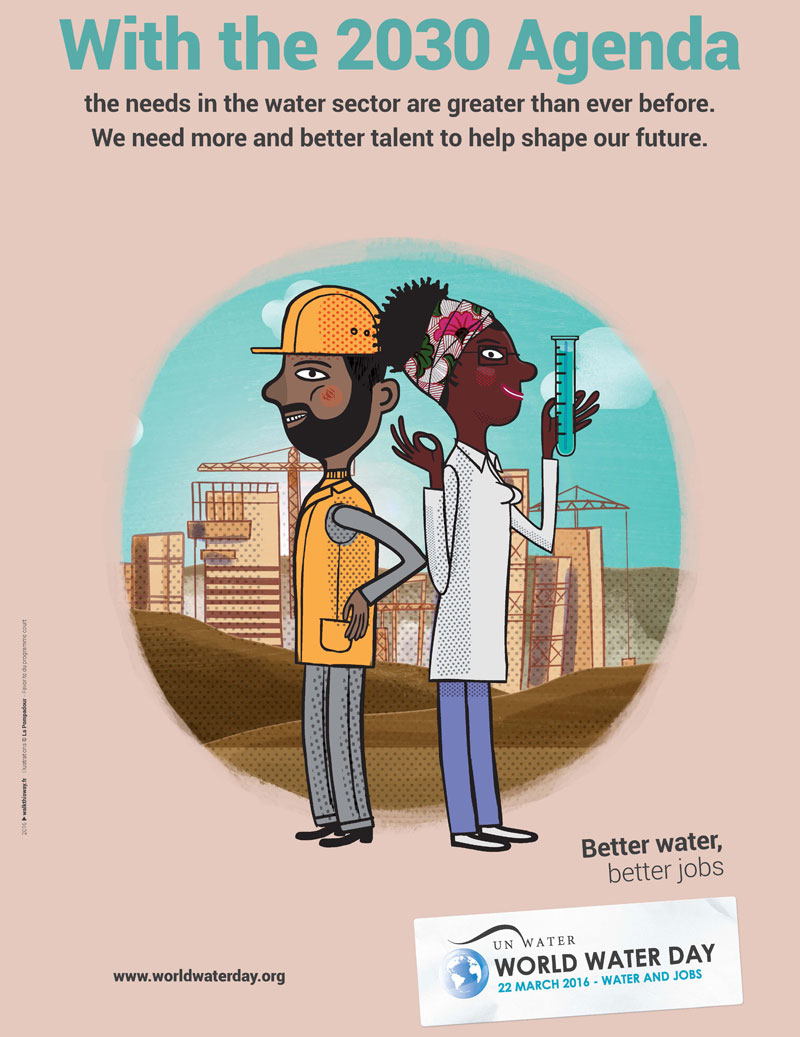 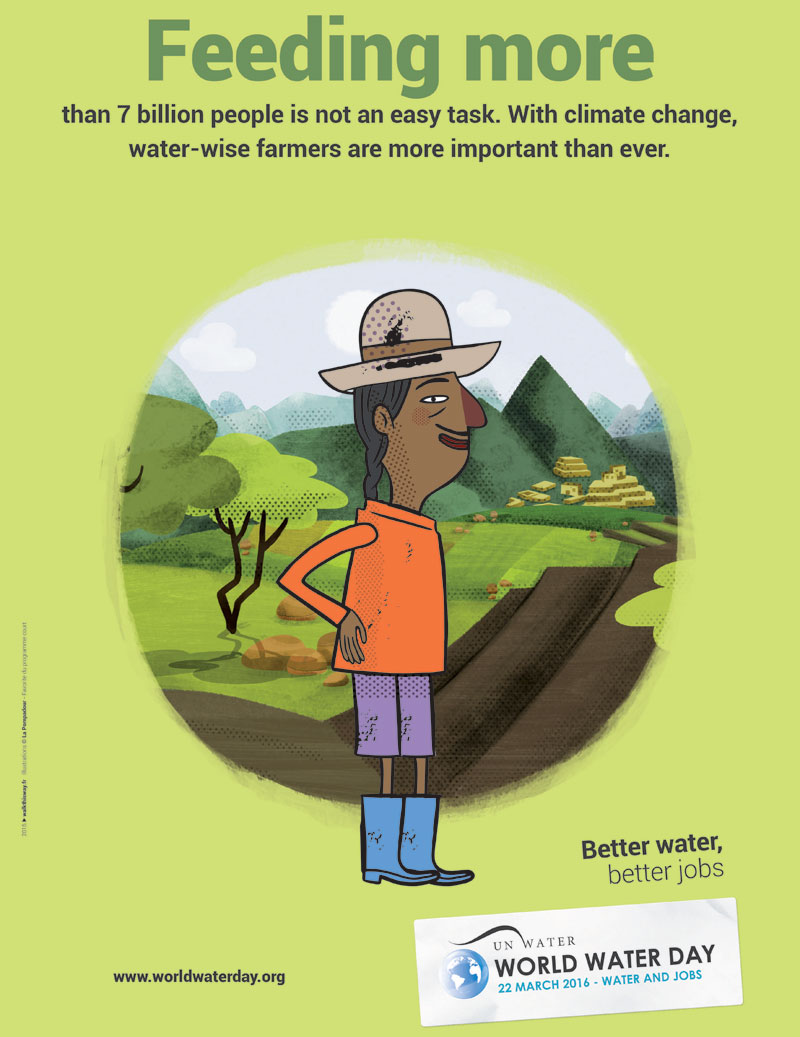 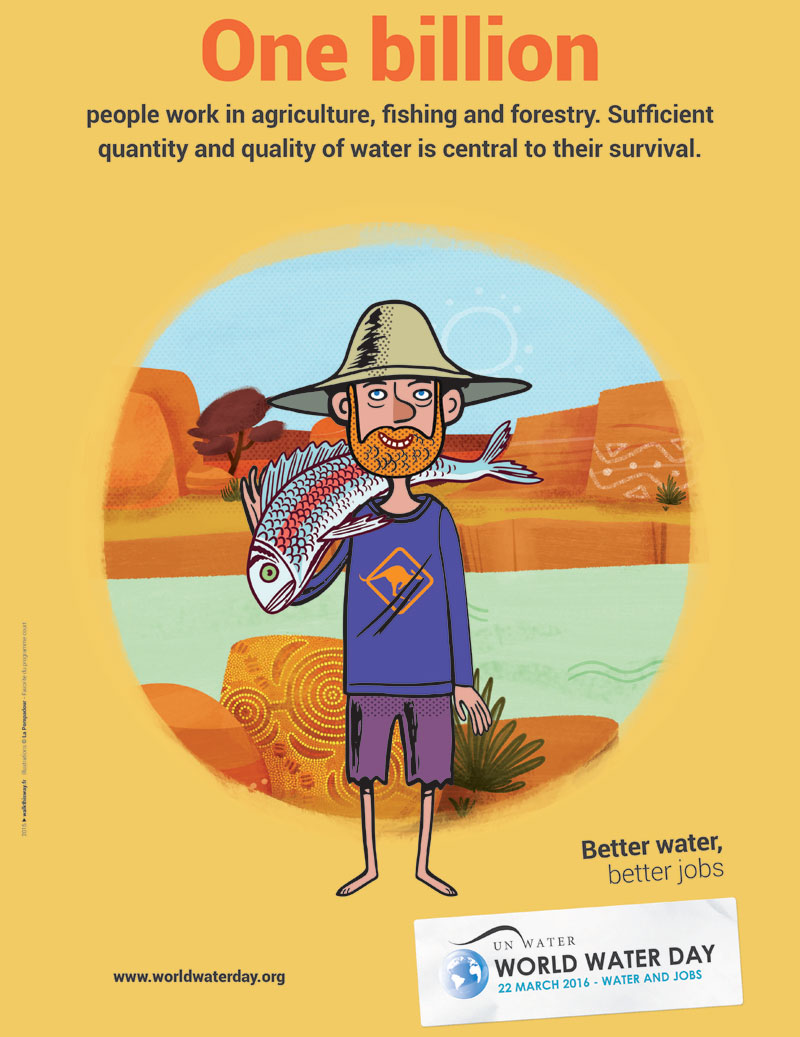 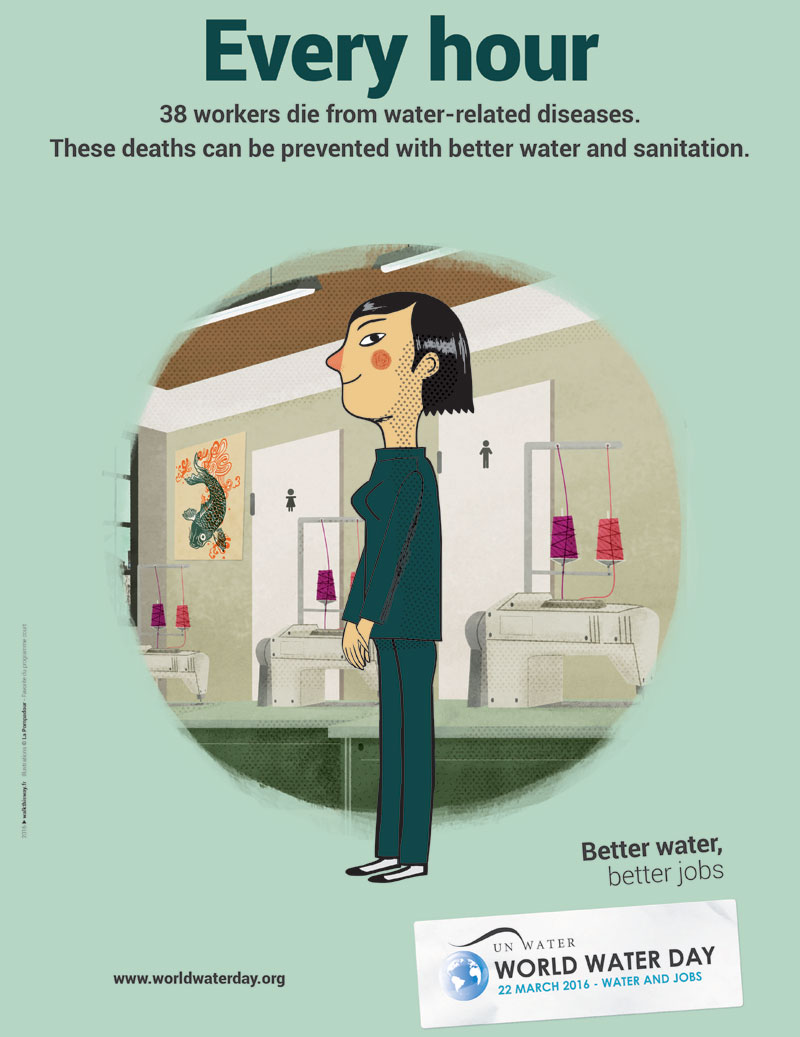 Meeting the challenge of creating and preserving decent jobs in the face of climate change and water scarcity will require far greater investments in science, technology and innovation, said Irina Bokova, the head the UN agency that leads water sciences and education—the UN Educational, Scientific and Cultural Organization (UNESCO).

In her message for the Day, Ms. Bokova called for Governments, civil society and the private sector to work together to promote “high-quality jobs, while preserving the environment and ensuring sustainable water management will help to eradicate poverty, promote growth and craft a future of decent work for all.”

To mark the Day, UNICEF kicked off its #ClimateChain Instagram campaign, highlighting the link between water, climate change and the environment. The campaign will run until 22 April, when the Paris Agreement will open for signature.