OCHA/Iason Athanasiadis
This child was among thousands of Iraqis who fled to the high-altitude region of northern Kurdistan during the winter of 2014 with nothing but the clothes on their backs, and found themselves entirely dependent on humanitarian agencies.

Not since the Second World War have global humanitarian needs been so high. From the crisis in Syria and the drought in Ethiopia, to the conflict in Sudan and the violence in the Lake Chad Basin, more than 125 million people around the world whose lives have been devastated by conflict and disaster desperately need humanitarian aid and protection.

Inspired by his own experiences of war, and knowing that today’s challenges are global, borderless and beyond the capacity of any one country or organization to resolve, Secretary-General Ban Ki-moon will convene the first-ever World Humanitarian Summit on 23 and 24 May 2016 in Istanbul, Turkey.

The Summit – a culmination of three years of consultations with more than 23,000 people in 150 countries – will be an opportunity for leaders from governments, aid organizations, crisis-affected communities, the private sector and academia to come together and commit to take action to prevent and end suffering, reduce the impact of future crises and transform financing to save lives.

Ahead of the Summit, the Secretary-General presented the Agenda for Humanity, which outlines five different areas requiring collective action that, taken as a whole, provides the key actions and strategic shifts the world needs.

Unless political leaders show the will to prevent and end crises, little will change for the millions of children, women and men who are caught up in these crises. Leaders – including UN Security Council members – must put compassion and courage at the heart of their collective decision-making. They must analyse the risk of conflict and act early to nip conflicts in the bud. They must use all the leverage they have – political, economic and otherwise – to prevent conflicts and find solutions. And they need to put aside divisions to invest in peaceful and inclusive societies. 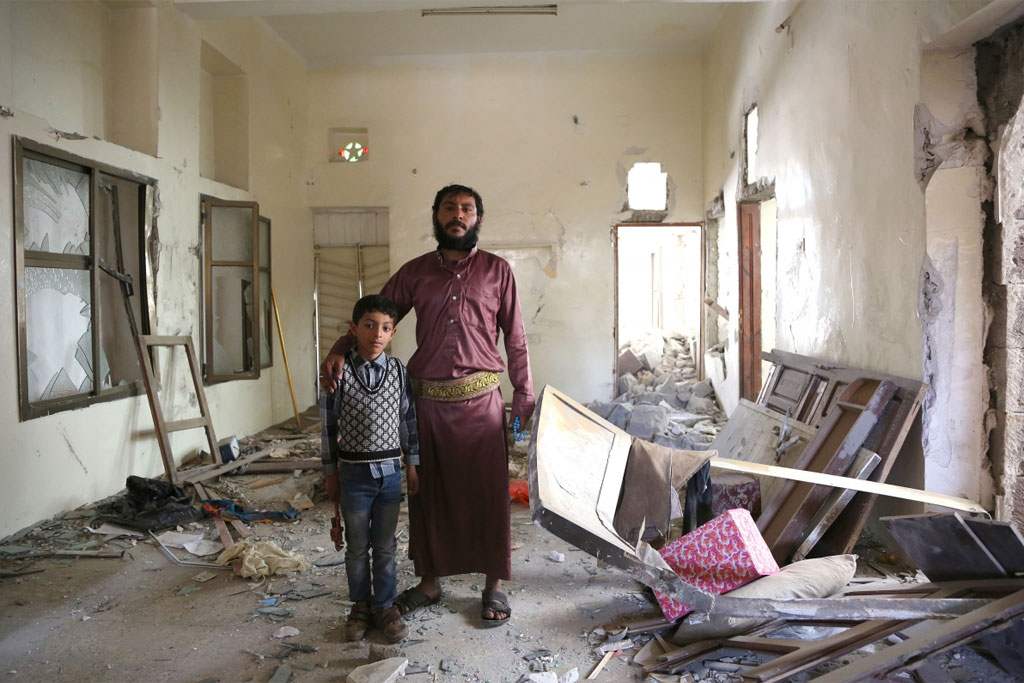 Abu Mohamed, a former engineer, showed UN staff around his house in Sana’a, Yemen. Everything had been destroyed. When asked what he needed most, he stated: “Safety. That’s the only thing we need. Safety and protection. All the rest is not as important.
“Imagine your child in front of you. He is hungry, but you are unable to feed him. He is frightened, but you are unable to protect him. The people of Yemen need help, desperately. They need the world to care and they need the international community to stop this conflict.” Photo: OCHA/Charlotte Cans 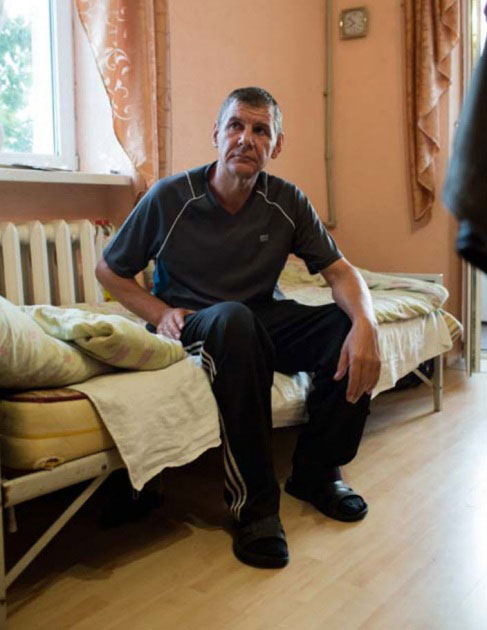 Unless international humanitarian and human rights laws are respected and monitored, and unless violators are held to account each time they break them, civilians will continue to make up the vast majority of people killed in conflict and their hospitals, schools and homes will continue to be obliterated. In addition, civilians will continue to be trapped by fighting parties and aid workers will continue to be barred from accessing them and will be putting themselves in danger when they try to do so.
Retired mine worker Gennadiy was with his wife when she was killed by shelling in Ukraine. “We were outside, standing in the line for bread. My wife was behind me. It happened so fast and unexpectedly. I just heard two things passing by, like a whistle. I knew her voice so well. We were married for 29 years. Her name was Milatovana. God bless her soul. We thought we would celebrate our thirtieth anniversary this year, but now we never will.” Photo: OCHA/PAX/Dirk-Jan Visser

Core Responsibility 3: Leave no one behind

Imagine being one of the most vulnerable people in the world. You’ve been forcibly displaced, or drought has killed your harvest for a fifth year running. You are stateless, or you are being targeted because of your race, religion or nationality. Now imagine the world says that none of these people will be left behind—that the world’s poorest will be targeted in development programmes, that world leaders will work to halve displacement, that women and girls will be empowered and protected, and that all children – whether in conflict zones or displaced – will be able to attend school. All of this could be a reality if leaders abide by these commitments. 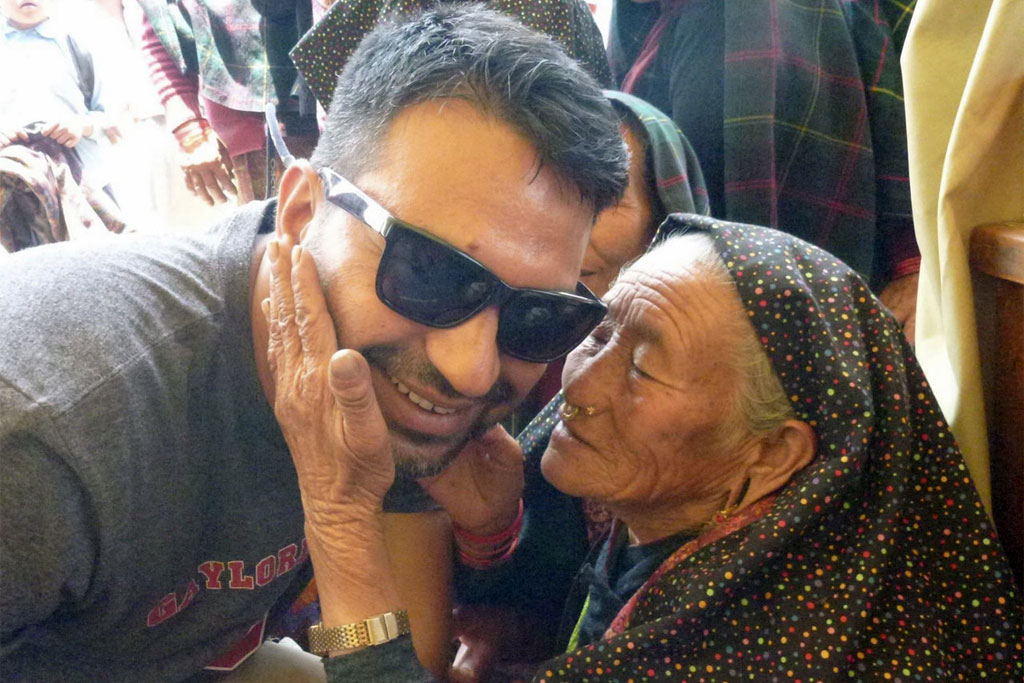 Dr. Bishal Dhakal sprang into action within hours of the 25 April 2015 earthquake in Nepal, becoming the first Nepali doctor to reach Barpak village in Gorkha, the epicentre of the quake. Emergency response was in his blood. By the second day after the quake, he had recruited 10 volunteers; by the fifth day, he had 2,000.
Collecting money was not Dr. Dhakal’s forte, so he enlisted some business friends to do so. While he continued to provide aid and medical assistance to affected communities, his business friends helped raise $1.6 million worth of goods and services. “That is civilian volunteerism,” he explained. “It’s about how you connect the dots.” Photo courtesy Dr. Bishal Dhakal

Sudden natural disasters will take us by surprise, but many of the crises we respond to are predictable. Imagine working with at-risk communities and partners to help them prepare for crises so they are less vulnerable when crises strike. Imagine if we not only collected better data on crisis risk, but also acted on it early. By doing this, we could reduce risk and vulnerability at a global scale. 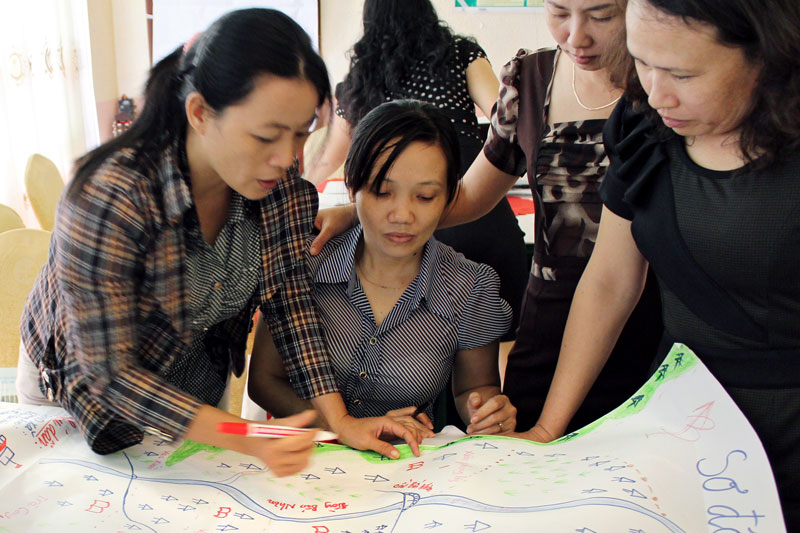 For millions of people in rural Viet Nam, the impacts of climate change are mounting and sometimes deadly. As weather patterns change, many of the country’s women in particular are paying a high price. Ranh Nguyen, a 35-year-old farmer, explained: “The weather becomes more extreme and erratic. Storms, heavy rains and floods destroy fields and houses and kill animals and people every year.”
Ranh and her neighbours joined the Women’s Union and work with UN Women to strengthen the role of women in disaster risk reduction and disaster-reduction management. “Last year … we prepared better for our families and our village before the storm came … Thanks to good preparation and detailed mapping that we developed in the meetings before each storm, nobody in the village was killed or injured severely in last year’s storm season. Crops, fowl and cattle were saved,” said Ranh. Photo: UN Women

If we really want to act on our responsibility to vulnerable people, we need to invest in them politically and financially. This means increasing funding not only to response, but also to risk and preparedness, to protracted conflicts and to peacebuilding. It means boosting local response through more funding to national NGOs and to pooled funds. It means stopping blocks to crucial investments, such as remittances flows. And it means being more creative with funding, using loans, grants, bonds and insurance mechanisms; by working with investment banks, credit card companies and Islamic social finance mechanisms, as well as with donors. It requires donors to be more flexible in the way they finance crises, and aid agencies to be as efficient as possible and transparent about how they are spending their money. 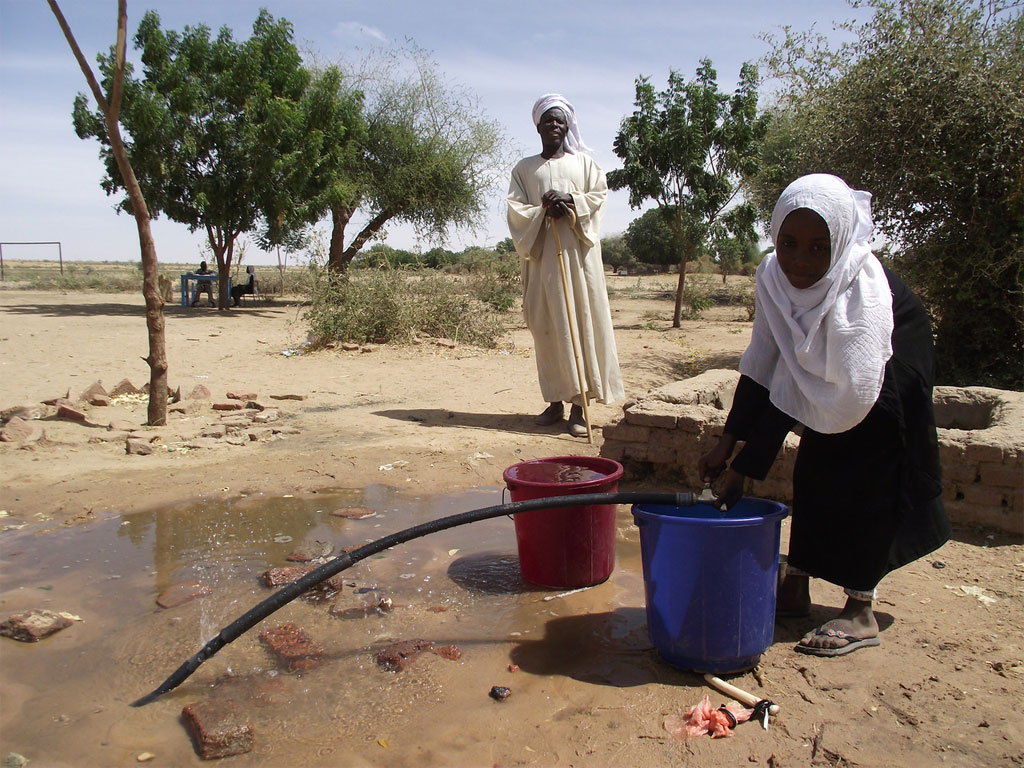 “The new solar-powered water pumps have changed our lives,” said Al Tayeb Idris, a teacher and member of the water management committee in Azerni, in Sudan’s West Darfur region. “Water now pumps daily. Before, the cost and unreliability of the motorized system meant that we were lucky if water was pumping just twice a week.”
This project was funded by the OCHA-managed Sudan fund. “The lack of water used to be a source of friction, often resulting in violence between the residents of Azerni and the seasonal nomadic population” said Abdul Malik, Azerni’s Omda (village chief). “Since we have been using the solar-powered water pumps, we have enough water to share with the nomads, leading to more harmonious relations.” Photo: OCHA Sudan

♦ Receive daily updates directly in your inbox - Subscribe here to a topic.
♦ Download the UN News app for your iOS or Android devices.
responsibility

World leaders must come together in 2016 to renew their commitments to humanity and unite to prevent and end crisis and reduce vulnerability, United Nations Secretary-General Ban Ki-moon said today, telling UN Member States that the World Humanitarian Summit will provide an opportunity for “concrete steps towards ending the suffering experienced by billions of people today.”