17 March 2016
Top United Nations officials today urged the international community to develop effective, rights-based responses to violent extremism by examining its drivers and shifting away from the “security only” approach to dealing with the scourge.

“That means addressing discrimination, ensuring good governance, and providing access to education, social services and employment opportunities,” UN Secretary-General Ban Ki-moon said in a video message to the UN Human Rights Council’s panel discussion held in Geneva, adding that “these steps can help strengthen trust between state institutions and the people they serve.”

The event, convened during the Council’s current session, which runs through 24 March, examined measures to prevent or counter violent extremism from the human rights prism.

“Human rights abuses by violent extremists directly assault the UN Charter and the Universal Declaration on Human Rights,” Mr. Ban said, noting that his new Plan of Action to Prevent Violent Extremism stresses that human rights and the rule of law should be central to countering or trying to prevent the scourge.

Approaches that are morally wrong are also strategically counterproductive because they further alienate marginalized communities, the UN chief warned.

“Full respect for human rights and accountability for wrongdoing are essential to heal broken societies and successfully counter the threat of violent extremists,” he concluded.

Also delivering a statement was UN Deputy High Commissioner for Human Rights Kate Gilmore, who said the Secretary-General’s Plan of Action is rights affirming, ambitious and far-reaching, and draws attention to the broader range of intersecting factors that underlie, foster and promote violent extremism.

“Only with such a diagnosis can we begin then to devise the more effective prevention programmes that this multi-dimensional threat to human security demands of us,” she said.

She stressed that responses to violent extremism that respect and protect human rights are more effective and sustainable. The “heavy-handed” counter-terrorism responses, following the 11 September terrorist attacks in the United States, have widened the rift between communities when bridges were needed, deepened distrust when investment in trust was called for, and generated divisive, often hateful, public discourse, she added.

The selective application of the term “violent extremism” only to Muslim believers reinforces intolerance and discrimination, she warned.

Accountability for human rights violations is essential for enduring solutions to violent extremism, she said. Access to justice and remedies is crucial for the dignity of victims whether the abuse to which they have been subjected is at the hand of the State or a non-State actor.

“The new more comprehensive plan of action for preventing or countering violent extremism is a welcome – and urgently needed – shift away from a ‘security-only’ approach,” she said.

The Secretary-General presented his Plan of Action to the UN General Assembly on 15 January. It provides more than 70 recommendations to Member States and the UN system. On 12 February, the Assembly adopted a resolution welcoming the initiative. Further in the resolution, the 193-nation body took note of the Plan, saying that it “will give further consideration” to it. 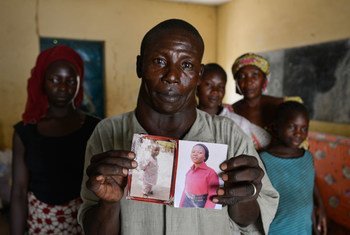 15 January 2016
Violent extremism is a direct assault on the United Nations Charter and a grave threat to international peace and security, Secretary-General Ban Ki-moon said today while presenting a new plan of action to prevent violence stemming from “poisonous ideologies.”