During a conversation on how to achieve gender equality on the sidelines of the Commission on the Status of Women (CSW), the Prime Minister of Canada and the head of UN Women – the United Nations entity tasked with promoting gender rights – highlighted that the movement needs to involve everyone in society, not just women.

“We tried a lot of things. We know what works, we know what doesn’t work, we know where we need to go, and this is the time to act,” the Executive Director of UN Women, Phumzile Mlambo-Ngcuka, told hundreds of participants at the high-level event, which includes a panel discussion on action needed for equal pay.

Thousands of women representing hundreds of non-governmental organizations have been at UN Headquarters in New York since Monday for the 60th session of CSW, an annual two-week event which is this year focused on women’s empowerment and its link to sustainable development.

At the conversation moderated by journalist Sade Baderinwa, of ABC News New York, Ms. Mlambo-Ngcuka said collaboration between UN Women and Prime Ministers like Justin Trudeau could help more women access leadership positions. Today, only 22 per cent of the world’s parliamentarians are women.

“Those who have authority and power especially, they must lead from the front. The Prime Minister [Justin Trudeau] was able to appoint a 50-50 cabinet. It’s not in his power to have a Parliament that is representative but he has authority to appoint a cabinet that is representative. So, leaders must use the authority that they have because you’re there for a reason, to make the world better, and UN Women insists on that” she said.

Mr. Trudeau said one of the reasons why people have been paying attention to him is because he’s just one of the first leaders from a younger generation to take the stage. 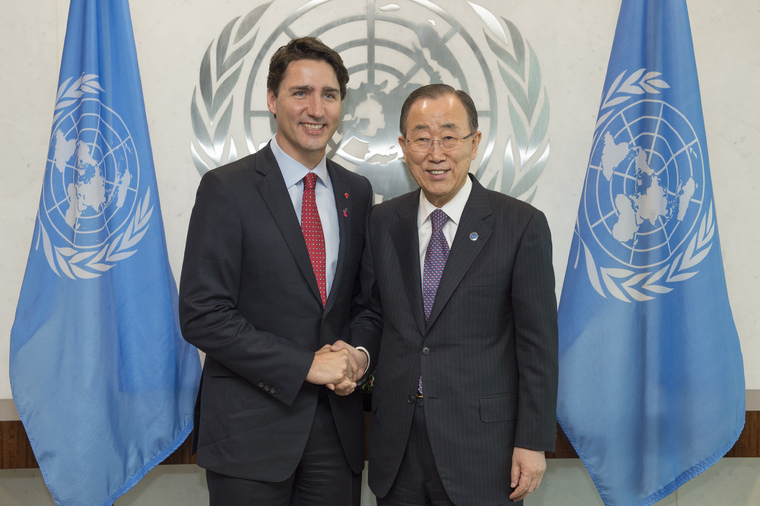 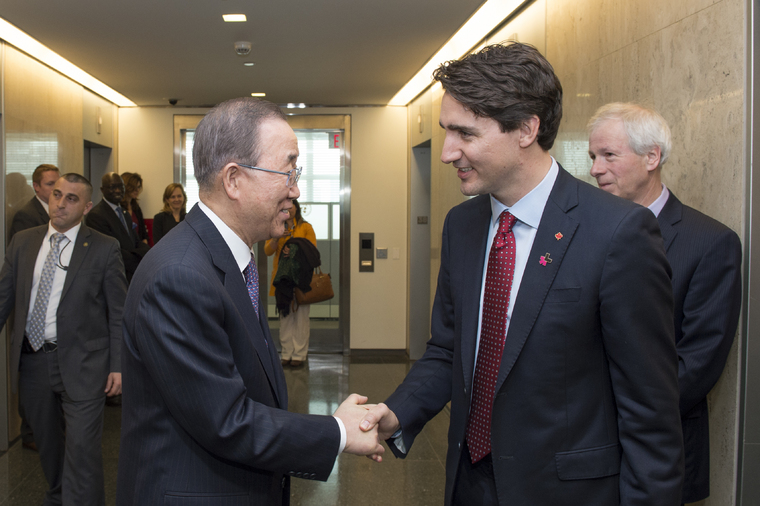 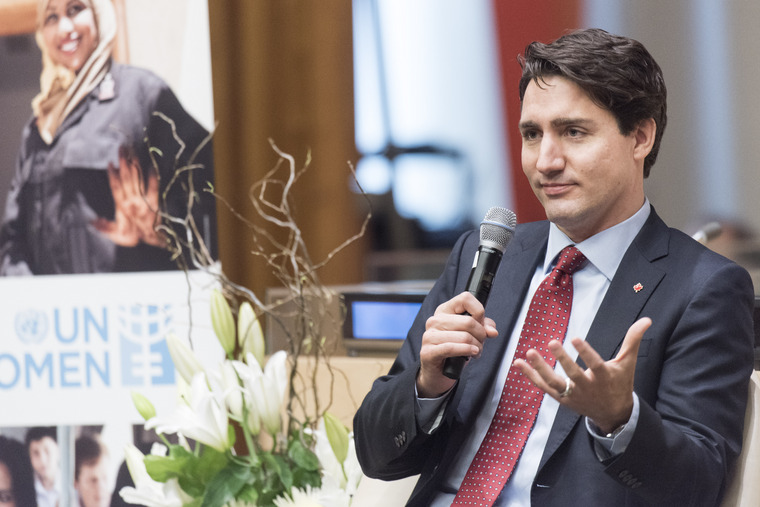 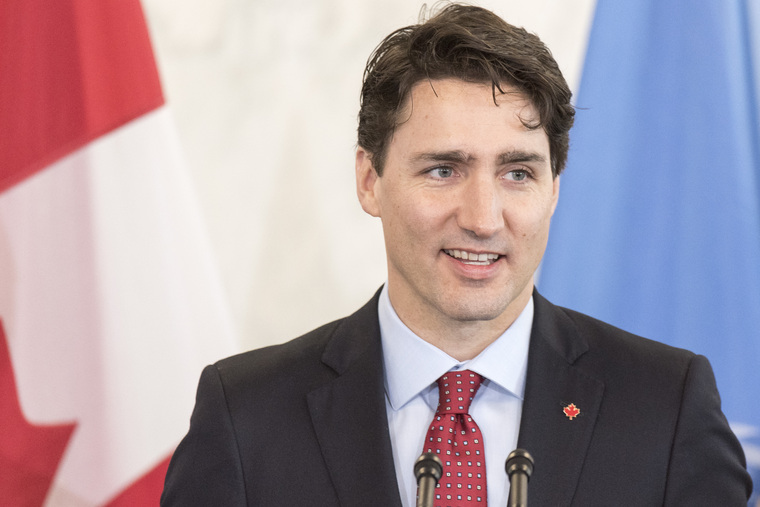 “I’m going to keep saying loud and clearly that I am a feminist until it is met with a shrug,” he exclaimed. “Why [is it that] every time I say I’m a feminist the ‘twitterverse’ explodes and news and media pick it up – it shouldn’t be something that creates a reaction. It simply is saying I believe in the equality of men and women, and I believe we still have an awful lot of work to do to get there.”

Mr. Trudeau told the audience that his commitment to gender equality comes from the way he was raised, by a father who had a “deep fundamental respect for rights and freedoms,” and a mother who struggled with bi-polar disorder, later becoming an activist on mental health issues and women’s rights.

One of the highlights of the event was Ms. Mlambo-Ngcuka officially inviting Mr. Trudeau to be a leading actor of the HeForShe movement, launched by UN Women more than a year ago to mobilize people of every gender identity to unite and craft a shared vision of a gender equal world.

“I take this as a challenge to step up even further,” the Prime Minister said, after Ms. Mlambo-Ngcuka pinned his jacket with the movement’s official logo.

Concluding the conversation, the Executive Director stressed that in 2016, it’s time for the next United Nations Secretary-General to be a woman, while Prime Minister Trudeau said that next year at CSW, the space to have these discussions should be bigger in order to include more men in addition to a large female turnout.

Lauded for his advocacy, Ban urges renewed pledges to improving lives of women and girls

Committed to improving the health and well-being of women, children and adolescents, United Nations Secretary-General Ban Ki-moon today urged everyone to join the Every Woman Every Child movement for “greater health, equality and prosperity” around the world.