“The Secretary-General is pleased that the members of the Security Council have echoed the concerns that he has been raising for months in order to shine a light on a difficult issue,” the spokesman said in a statement, noting that the 15-nation body's action is “a significant step in our collective efforts to combat the terrible damage caused to victims of sexual exploitation and abuse.”

“Moving forward, the Secretary-General's focus is to make a difference for victims, ensuring protection and support for victims, and to demand zero impunity,” he said, emphasizing that accountability is a shared responsibility requiring action by Member States and that accountability and justice for the victims can be ensured only by working with them, especially troop-contributing countries.

“The Secretary-General reiterates his call for Member States to work closely with the United Nations to effectively implement the measures he has put forward,” the spokesman added.

By the terms of the text, adopted as Resolution 2272 (2016), the Council specifically endorsed the decision of the Secretary-General “to repatriate a particular military unit or formed police unit of a contingent when there is credible evidence of widespread or systemic sexual exploitation and abuse by that unit.”

The resolution also highlighted the Council's deep concern over the “continuing and serious allegations” of sexual exploitation and abuse by peacekeepers in the UN Multidimensional Integrated Stabilisation Mission in the Central African Republic (CAR), as well as in other UN peacekeeping operations and by non-UN forces. 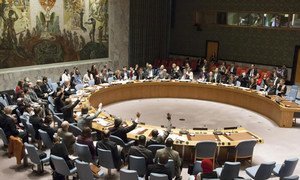