“It will be a festival of ideas channelled to implementation,” Phumzile Mlambo-Ngcuka, UN Women Executive Director, told journalists, briefing alongside Antonio de Aguiar Patriota, Ambassador of Brazil and Chair of the Commission’s Bureau.

“We want to make sure we balance between [the] greatest challenges that we face and the greatest opportunities,” Ms. Mlambo-Ngcuka said, referring to the multitude of topics that will be covered in the more than 400 events planned throughout the city.

The CSW, which will begin on Monday and last through 24 March, will bring together representatives from the UN system, Member States, and civil society from around the world to review the progress so far towards gender equality and women’s empowerment and plan new initiatives and actions.

“CSW has already been working under the framework of universal applicability,” Mr. Patriota said. “No single country, however developed, has achieved full gender equality, a reminder of the universal challenge we face in promoting gender equality.”

The Commission will build on the leaders’ forum in September 2015 when more than 90 world leaders answered UN Women’s call for action to “Step It Up for Gender Equality” by pledging specific actions to tackle barriers to gender equality.

These include women’s economic inclusion, protection from violence, and support in areas where women and girls are on the frontlines – such as with climate change or the Zika virus outbreak.

Ahead of the start of the CSW, a youth forum has been organized on Saturday by UN Women, the UN Inter-agency Network on Youth Development's Working Group on Youth and Gender Equality and partners.

Ms. Mlambo-Ngcuka said the Forum would provide an “historic opportunity for young people to come together and advocate for issues that affect them.” The conclusions of the forum will be shared at CSW’s political discussions. 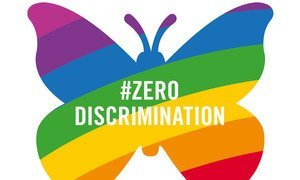