“I am determined that the United Nations must lead by example. Sexual exploitation and abuse by United Nations personnel demands nothing less than decisive, bold action,” the Secretary-General told the 15-member body.

He underlined that sexual exploitation “is a global issue” and “is not confined to any one region, mission or nation.”

In his briefing, Mr. Ban stressed his strong commitment “to working with Member States to confront this criminal conduct, and to justify the trust of the people we serve, to ensure that this Organization remains a beacon of hope for the most vulnerable.”

The Secretary-General's report, which was made public on Friday, lists for the first time the names of the countries of alleged perpetrators, a measure meant to end impunity by increasing transparency.

The report shows an increase in the number of new allegations in 2015, with 69 of the total 99 allegations lodged against UN personnel serving in peace operations.

The UN is finalizing the establishment of a trust fund that will provide the victims, many of whom are children, with medical, psychosocial and legal services.

In his briefing to the Council, Mr. Ban encouraged Member States to make voluntary contributions to the fund. States have also been asked to approve the transfer to the trust fund of payments that will be withheld in substantiated cases of sexual exploitation and abuse.

Troop- and police-contributing countries have also been urged to designate paternity focal points, who will follow up “vigorously” to ensure that children borne of these abuses received the necessary support, Mr. Ban said.

“Member States must also consider how they will respond to claims from victims who pursue legal action to seek redress,” he noted.

The UN is also calling for the development of “uniformly high standards of investigation” and the creation of immediate response teams to gather and preserve evidence.

Mr. Ban underscored to the Council his strong commitment to monitoring accountability for violations.

“Where appropriate, this will include taking action up to and including the repatriation of commanders, or of whole contingents,” he stated.

This has already been put into practice in the Central African Republic (CAR), where troops have been repatriated due to alleged sexual exploitation and abuse.

“I will also consider ending the deployment of uniformed personnel from specific Member States if there is prima facie evidence of widespread or systemic exploitation and abuse,” Mr. Ban warned.

He stressed that accountability demands that Member States bring to justice the perpetrators, as a matter of responsibility.

These proposed measures also include on-site court martial proceedings, collection of DNA samples of alleged perpetrators, and domestic legislation that can be applicable to sex crimes committed by nationals serving in UN peace operations.

“We cannot ensure the application of the principle of responsibility, including criminal responsibility, unless countries contributing troops and police personnel quickly and thoroughly investigate such allegations and the perpetrators are duly punished,” Mr. Ban said.

In parallel to the punitive measures, the Secretary-General said that the UN will continue to emphasize prevention. This includes increasing support for pre-deployment training by Member States, including for the first time, the ability to vet all uniformed personnel for previous allegations of misconduct while in the service of the Organization.

The UN is also considering imposing new rules to limit the social activities of peacekeeping contingents, including the designation of certain areas as “out-of-bounds.”

The report presented to the Council today follows the report released in December 2015 by an independent panel which reviewed the UN response to allegations of crimes committed against children by soldiers – not under UN command – sent to CAR.

Mr. Ban pledged to urgently study the recommendations set forth by the independent panel. As part of an immediate set of response measures, he appointed Jane Holl Lute as his Special Coordinator on improving the UN response to sexual exploitation and abuse. 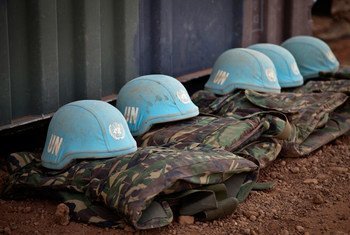 4 March 2016
With 99 allegations of sexual exploitation and abuse uncovered by the United Nations in 2015 – 69 of these in countries where peacekeeping operations are deployed – the Organization is today presenting its latest report on special measures to protect people from these crimes.