IRIN
Outside a Buddhist temple in Sri Lanka.
9 March 2016

The freedoms of religion and of expression are not contradictory but complementary, as both rights are the twin tools in combating incitement to hatred, an independent United Nations human rights expert said today.

While freedom of expression seems to signal a “green light” to all sorts of provocation, freedom of religion or belief seems to give a “stop sign” instead, he said.

In his report, the expert considers that both rights are closely related in law and practice, and they both protect unconditionally a person’s inner realm of thinking and believing without any restrictions.

He also noted that the synergies between both rights exist in different formats, such as interreligious communication, frank public discourse and policies of the government and other actors, to publicly condemn incitement to acts of hatred.

The expert called on all States to proactively share their experiences and best practices when implementing the Human Rights Council Resolution 16/18 to fight intolerance, negative stereotyping and stigmatization of persons based on religion or belief, as well as discrimination, incitement to violence and violence against them. 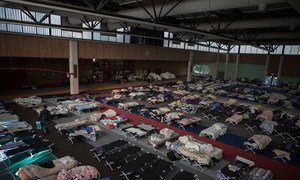 Marking this year’s Human Rights Day amid extraordinary global challenges, the United Nations is calling on the world to recognize and guarantee fundamental freedoms – long recognized “as the birthright of all people” – freedom from fear, freedom from want, freedom of speech and freedom of thought, conscience and religion.