From economic exclusion to violence targeting women and girls, the head of the United Nations entity tasked with promoting gender equality believes such challenges make it all the more critical to push ahead with the new global development agenda, which contains many targets specifically recognizing women's equality and empowerment.

“We’re asking private sector, individuals, ourselves – as the women organization – to step it up for gender equality,” Phumzile Mlambo-Ngcuka, Executive Director of UN Women, told the UN News Service.

The theme for this year’s International Women’s Day is “Planet 50-50 by 2030: Step it up for Gender Equality,” referring to the deadline for the newly adopted Sustainable Development Goals (SDGs), which chart out a new roadmap for the empowerment of women and girls and other forms of development over the next 15 years.

“One big thing that is relevant for every woman and girl no matter who they are and no matter where they are, is the fact that all governments have agreed to the 2030 Agenda,” said Ms. Mlambo-Ngcuka, adding that issues related to women and girls are front and centre in that Agenda and will allow greater progress to be made.

She defined “Planet 50-50 by 2030” as making strategic decisions about including women in the economy, pushing for equal pay, reducing early pregnancies in girls and getting more girls to stay in schools longer, among other strides.

“Stepping it up means coming out of the ‘business as usual,’ and making sure that the gaps we've identified in our evaluation of the way we've worked in the last 20 years are being addressed,” Ms. Mlambo-Ngcuka said.

“We are calling men and boys to be part of a solution. That is stepping it up,” she added.

Eliminating violence against women and girls

One of the detriments to gender equality is violence against women and girls, a priority area for UN Women, which works with governments to develop dedicated national action plans, and advocates for countries with weak or non-existent laws on eliminating violence against women to put the proper frameworks in place.

“Leaders of nations need to have zero tolerance towards violence against women and girls,” Ms. Mlambo-Ngcuka said.

She blamed a culture of impunity where violence was not only tolerated by officials elected to lead and protect a nation, but also by a lack of access to justice and accountability.

“We are delegating this story upwards,” Ms. Mlambo-Ngcuka said. “We are saying the issue of protecting women and girls from violence is the responsibility of the heads of State. Because a woman might not have the clout to tell a police office in her country what to do, but the biggest power who has the authority – and that is the head of State.”

The situation is more difficult when non-State actors are involved, such as the Boko Haram in Nigeria.

“We don’t have a structured way to interact,” noted Ms. Mlambo-Ngcuka. “This is where communities are important.”

She extolled community-focused outreach programmes, which range from security to social interventions, and where local residents provide both the intelligence and the deterrence against today’s challenges, such as the radicalization of young people. 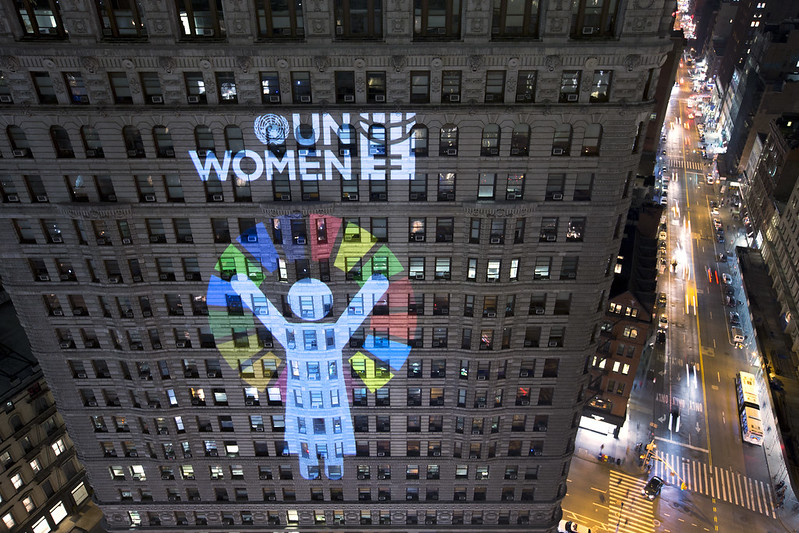 In some situations, the line between violations against women by State and non-State actors is blurred. Such as in the targeting of women’s right defenders, which Ms. Mlambo-Ngcuka said is an increasing problem.

Earlier this week, UN Women strongly condemned the murder on 3 March of indigenous leader, environmentalist and defender of human rights, Berta Cáceres, who was shot in her home in the city of La Esperanza in western Honduras. No one has claimed responsibility for the killing.

According to a press release, Ms. Cáceres was a staunch defender of the rights of indigenous peoples, and had been receiving threats for her stance against hydroelectric construction projects on land sacred to the Lenca people in western Honduras.

Recognizing her death and work, UN Women paid tribute to the many other women who have been murdered in Honduras and across the world for their work to build peace, justice and equality.

“It shows how vulnerable women are in our communities,” Ms. Mlambo-Ngcuka said.

Gender equality and the UN

Despite many high-level appointments under Secretary-General Ban Ki-moon, “we have begun to stagnate,” Ms. Mlambo-Ngcuka cautioned. “We need to step it up as the United Nations in order to make sure that we’re the best example on this issue.”

“We still have UN events and panels with an all-men panel discussing an issue that is central to everybody, women and girls. The assumption that men will know what needs to be done is cheeky, to say the least,” she continued.

That includes selecting a woman as the successor to Ban Ki-moon, whose second and final term ends on 31 December 2016. There are now at least three female candidates: Vesna Pusic of Croatia; Irina Bokova of Bulgaria; and Natalia Gherman of the Republic of Moldova.