On International Women’s Day, UN officials call to ‘Step It Up’ for gender equality

Senior United Nations officials from around the world are marking International Women’s Day with calls to “Step It Up” with more resources and greater political action to achieve gender equality by 2030.

“I remain outraged by the denial of rights to women and girls – but I take heart from the people everywhere who act on the secure knowledge that women’s empowerment leads to society’s advancement,” Secretary-General Ban Ki-moon said in his message for the Day.

“Let us devote solid funding, courageous advocacy and unbending political will to achieving gender equality around the world. There is no greater investment in our common future.”

Listing successes during the past eight years within the UN linked to gender equality and women’s empowerment, Mr. Ban said he has signed nearly 150 letters of appointment for women in positions for Assistant Secretary-General or Under-Secretary-General.

“We have shattered so many glass ceilings we created a carpet of shards,” he said. “Now we are sweeping away the assumptions and bias of the past so women can advance across new frontiers.”

The theme for this year’s Day is “Planet 50-50 by 2030: Step It Up for Gender Equality.” The year 2030 is the deadline for the new Sustainable Development Goals (SDGs), which include targets on achieving gender equality and empowerment of all women and girls, as well as ensuring inclusive and quality education for all and promoting lifelong learning.

The other half of the theme is a reference to UN Women’s Step It Up initiative, which asks governments to make national commitments that will close the gender equality gap, by the 2030 deadline.

As part of this initiative, more than 90 Member States have pledged concrete actions “to crack some of the fundamental barriers to achievement of gender equality in their countries,” said UN Women Executive Director Phumzile Mlambo-Ngcuka.

Given the “unprecedented” expressions of political will, Ms. Mlambo-Ngcuka called for the beginning of a countdown to substantive gender equality by 2030, supported by accountability and measurable actions.

“The participation of women at all levels and the strengthening of the women’s movement has never been so critical, working together with boys and men, to empower nations, build stronger economies and healthier societies,” she said.

Adding his voice to the call increased participation of women across society was the President of the General Assembly, Mogens Lykketoft.

Speaking at a special event in New York organized by UN Women on the occasion of International Women’s Day, Mr. Lykketoft said one of the ways to “step it up” is to tackle gender stereotypes head-on.

President of the General Assembly, Mogens Lykketoft, addresses the “Planet 50-50 by 2030: Step It Up for Gender Equality” special event. UN Photo/Eskinder Debebe

“Why should gender-based violence be accepted as the norm? Why should others control the bodies and the futures of women and girls? Why is it not ok for men to show fear or weakness, or to take on the role of primary care-giver?” he asked.

“For too long, we have talked about gender equality. Now we have to act,” he added.

Mr. Lykketoft was part of an event which also featured messages from the Secretary-General, Ms. Mlambo-Ngcuka, and inspirational speakers, such as activist and acid attack survivor Monica Singh, as well as musical stars, including soprano Renee Fleming.

The event kicked off with a rendition of “I am a girl, I am a queen, I can be anything I want to be” by singer Tennille Amor and a moment of silence for indigenous leader, environmentalist and defender of human rights, Berta Cáceres, who was killed in Honduras on 3 March.

Promoting gender equality is also a top priority guiding the work of the UN Educational, Scientific and Cultural Organization (UNESCO) in education, the sciences, culture, communication and information.

In her message, UNESCO Director-General Irina Bokova called the promotion of gender equality “a transformational force for more just, inclusive and sustainable development.”

She noted that despite progress, steep obstacles remain before genuine equality is a reality for all women and girls.

“The new global agenda will succeed only if every country advances the rights, ingenuity and innovation of every one of its citizens, starting with girls and women,” Ms. Bokova said referring to the SDGs and Agenda 2030.

In Geneva, the UN Special Envoy for Syria, Staffan de Mistura, spoke about his conversations with Syrian women who have been affected by the country’s five-year war.

In a video message, Mr. de Mistura said he has been able to see the women’s “enormous suffering and their dignity” and yet they have retained hope and given the international community hope.

“They have, and must have, the right to be part of the political process and the negotiations which we, at the UN, are planning to have. They are part of the future of Syria, of the present and of the past. They have much to say and much to teach us,” said Mr. de Mistura, who has established a special advisory board comprised solely of Syrian women to advise him about what is really needed in political aspects of Syria.

From Tunis, the Special Representative of the Secretary-General and head of the UN Support Mission in Libya (UNSMIL) called for greater participation of Libyan women in all spheres of life.

In remarks for the Day, Mr. Kobler said the 2011 revolution would not have been possible without “courageous Libyan women,” and highlighted their participation in reconciling communities and delivering humanitarian aid.

Events are being held around the world to celebrate the Day. In New York, Ms. Mlambo-Ngcuka and Deborah Fuhr, Managing Partner, ETFGI LLP, will ring the Nasdaq Stock Market Bell. Nasdaq is one of 34 exchanges from around the world expected to join the effort by UN Global Compact, UN Women, the Sustainable Stock Exchanges Initiative, International Finance Corporation (IFC), Women in ETFs and the World Federation of Stock Exchanges, to “Ring the Bell for Gender Equality,” raising awareness about the importance of gender equality to sustainable development and business.

Also in New York, the Empire State Building will be lit up in magenta in honour of UN Women and HeForShe Arts Week, during which city venues, such as ballets, operas, Broadway shows and galleries, will highlight the issue of gender equality in their work. 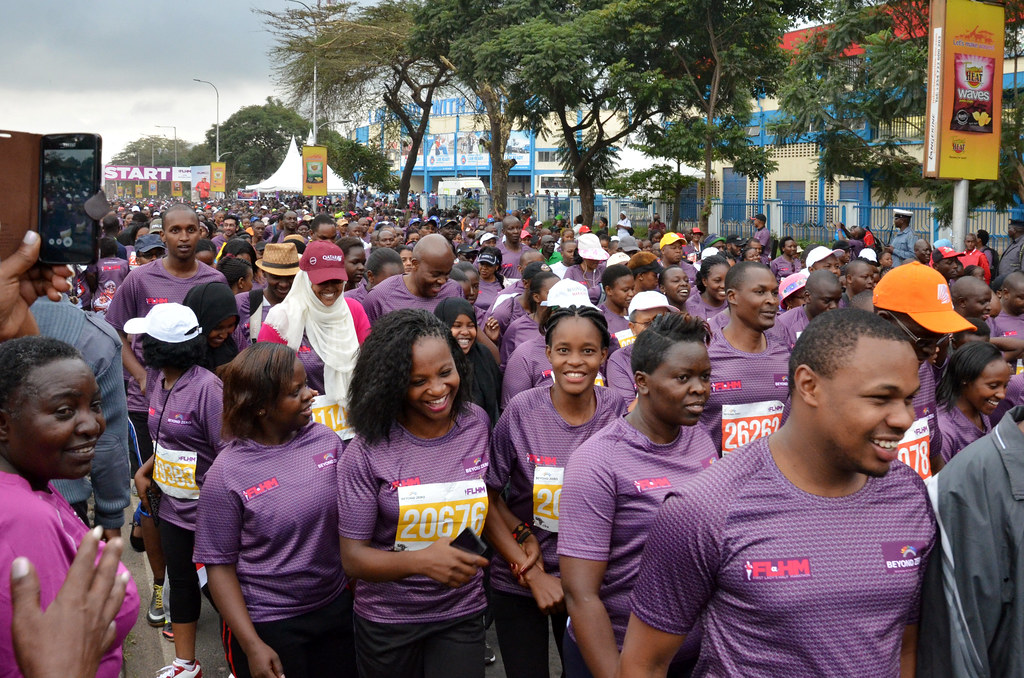 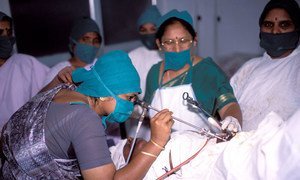