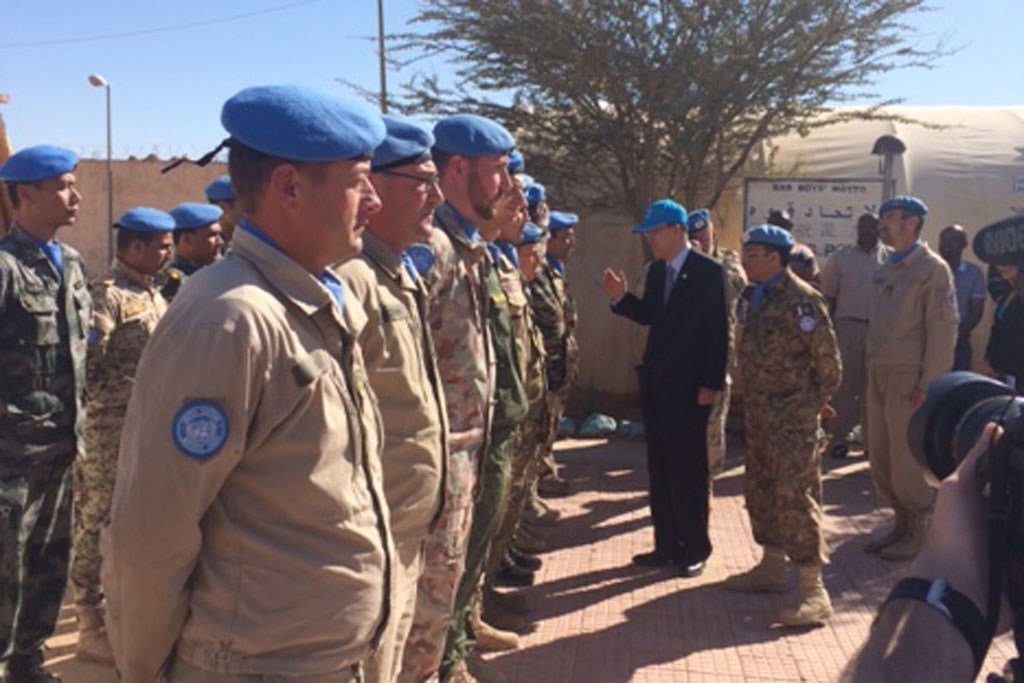 “What really moved and, even, saddened me was the anger. Many people expressed their anger –people who for more than forty years have lived in the harshest conditions and who feel their plight and their cause have been forgotten by the world,” Mr. Ban told the press after meeting with refugees and youth representatives at Smara camp, and later with the Polisario Front's Secretary-General Mohamed Abdelaziz.

Fighting broke out between Morocco and the Polisario Front following the end of Spain's colonial administration of Western Sahara in 1976. A ceasefire was reached in September 1991, and a UN mission—known as MINURSO—has been tasked with monitoring this ceasefire and organizing a referendum on self-determination in Western Sahara, which the Security Council has been requesting since 2004.

Meanwhile, Morocco has presented a plan for autonomy, while the Polisario Front's position is that the Territory's final status should be decided in a referendum on self-determination that includes independence as an option.

“My first objective in visiting the region is to make my own assessment and contribution to the search for a settlement,” said the UN chief. “My second objective was to visit the United Nations Mission for the Referendum in Western Sahara. I will visit the team site in Bir Lahlou, as well as personnel performing vital demining activities.”

Mr. Ban added that he saw the “remarkable and demanding” work the Mission is doing in harsh conditions of the Hammada. He is also expected to visit the headquarters of MINURSO in Laayoune, Western Sahara.

“Third, I wanted to bear witness to one of the forgotten humanitarian tragedies of our times. The Sahrawi refugee camps near Tindouf are some of the oldest in the world. It is heartbreaking to see these families separated for so long,” he stressed, adding that the situation is “unacceptable” and must be addressed independently from the political process.

The UN chief further noted that his fourth objective is “to finalize the security situation,” as the UN is concerned about increasing criminality, drug trafficking and the possibility of extremists and terrorists coming to the region.

“At the same time, I am calling on the donor countries to increase their assistance to this overlooked population to provide life-saving humanitarian aid,” he added. “We must show that the world remembers the Sahrawi people. To that end, I will soon convene a meeting of donors and assistance providers in Geneva.”

Finally, the Secretary-General noted that the World Humanitarian Summit this May in Istanbul will be another opportunity to mobilize global solidarity.

“I have been heartened by the faith Sahrawis put in the UN, its principles, and international law. Let us match this with determination to alleviate their plight and resolve this longstanding conflict for the future of all Sahrawis,” he concluded.