With a “triple peril” of environmental degradation, poverty and insecurity facing the Sahel, Secretary-General Ban Ki-moon said today during a visit to Mauritania that improving the situation in the region is a top priority for the United Nations.

“You know my dedication to the Sahel,” Mr. Ban told those participating in an event on peace and security, which discussed the root causes of instability in the region.

The UN estimates that one in seven Sahelians lack food, one in five children will die before their fifth birthday, and four and a half million people have been forced to flee their homes. Communities have also been struggling against harsh environmental conditions and worsening climatic shocks.

“The international response has a new boost thanks to the 2030 Agenda for Sustainable Development and the Paris Agreement on climate change,” the UN chief declared. “We have another opportunity to strengthen global solidarity at the World Humanitarian Summit in Istanbul in May. I count on Sahelian leaders to attend.”

The Sahel is a region spanning across eight African countries – Senegal, Mauritania, Mali, Burkina Faso, Niger, Nigeria, Cameroon and Chad – many of which are dealing with a volatile security situation.

“I am especially concerned about the interlinked activities of criminal groups and terrorist organizations. Local people pay the highest price,” warned the Secretary-General, noting that insecurity in Northern Mali has driven thousands of people from their homes, including some 48,000 refugees living in the Mbera camp in Mauritania.

“The United Nations is ready to assist in countering terrorism and other asymmetric threats,” he continued. “In this, we insist on full respect for human rights and international humanitarian law – as a matter of moral responsibility and strategic effectiveness,” he stressed.

Welcoming the African Union Nouakchott Process and its sustained focus on security and terrorism, Mr. Ban said Mauritania's engagement is “invaluable.” In his remarks, he saluted President Abdel Aziz's regional leadership and his role in establishing the 'G5 Sahel.' 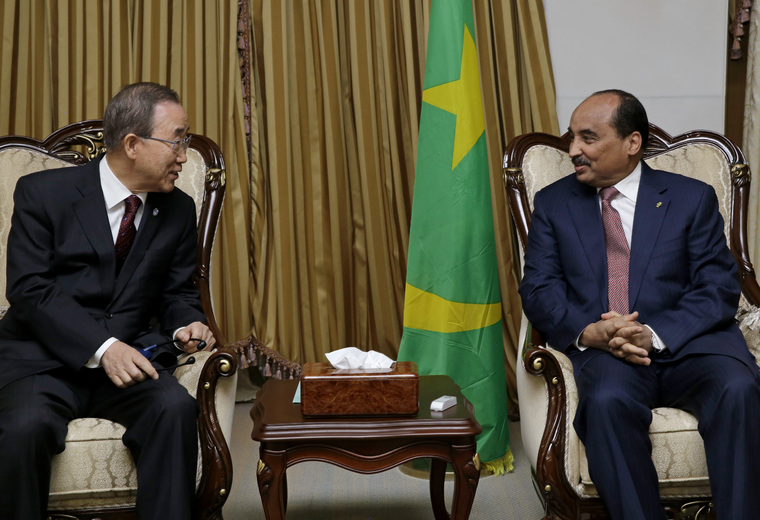 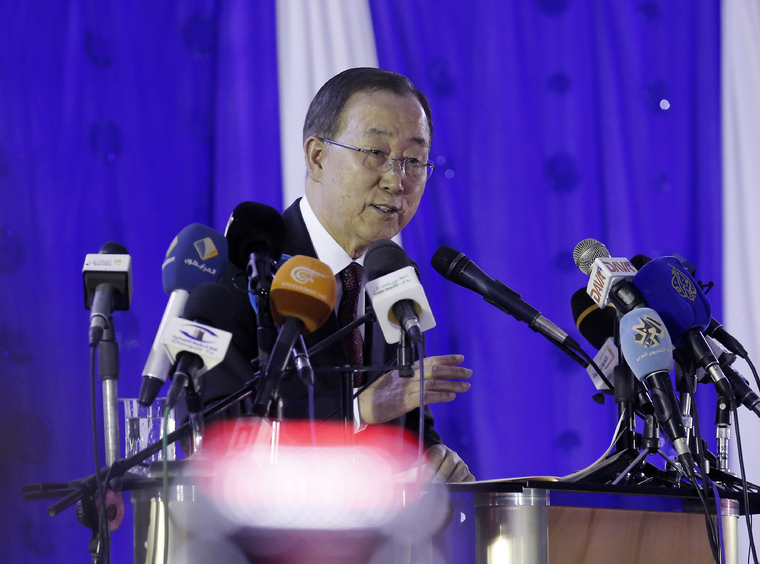 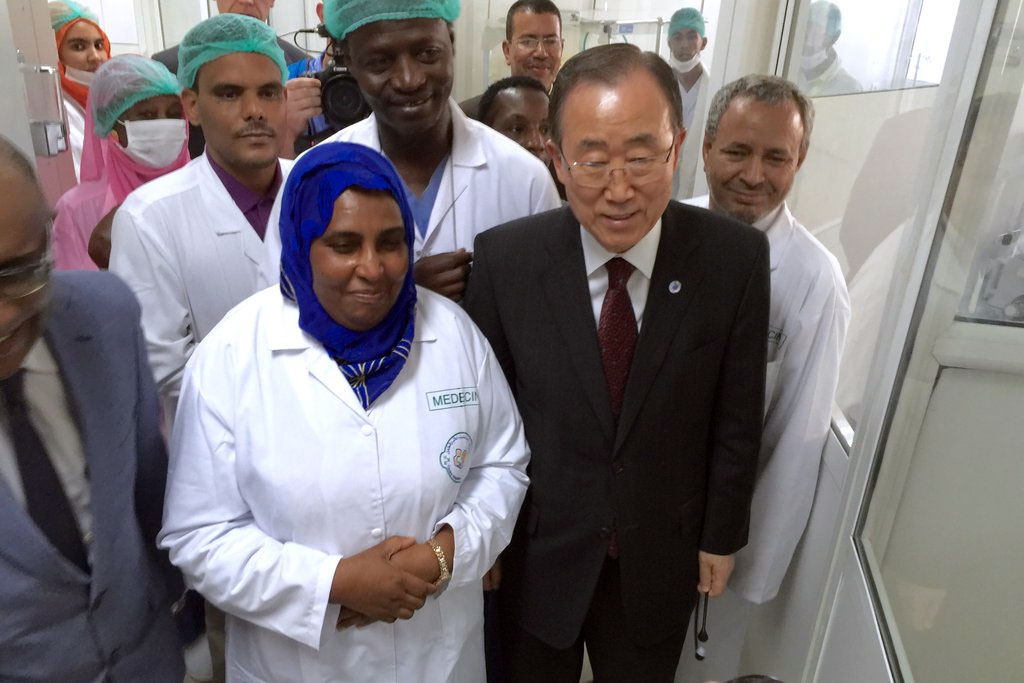 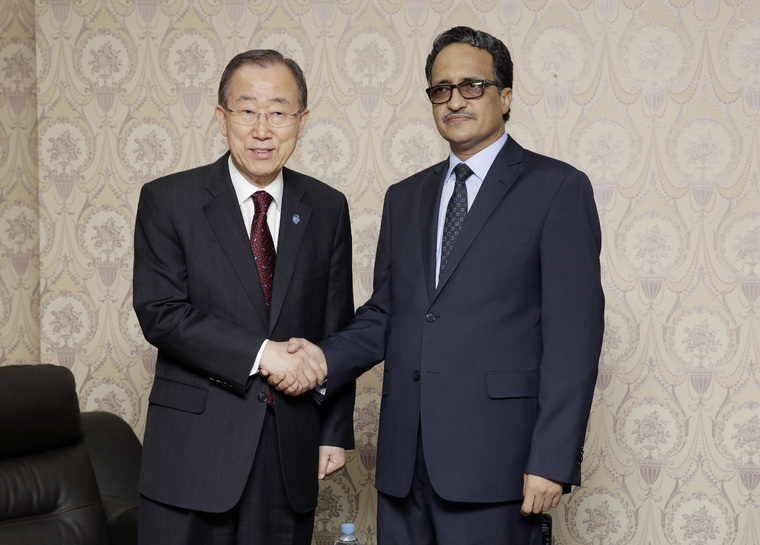 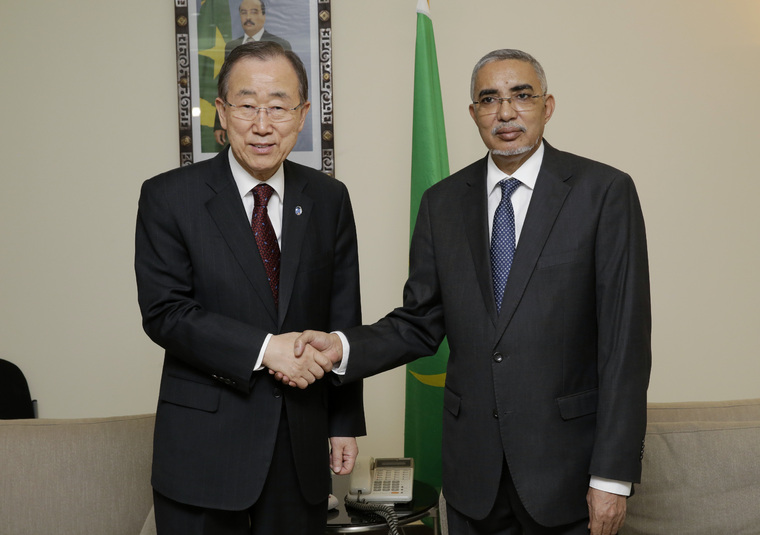 “We need to carry out these new initiatives. And we need enhanced regional support to the UN mission in Mali, MINUSMA,” he said. “I especially applaud the G5's decision to establish a regional cell in Nouakchott for the prevention of radicalization. This can complement my global Plan of Action to Prevent Violent Extremism.”

Meanwhile, he stressed that youth across this region need better access to education and decent jobs. “They can be a powerful force for progress against violent extremism. The historic Security Council resolution 2250 recognizes that young people can actively shape peace, contribute to justice and heal societies.”

He added that it is equally essential to empower women, including by ending female genital mutilation (FGM), and praised Mauritania's national policy against FGM – and similar efforts across the region. Furthermore, he welcomed the country's laws to penalize slavery and address torture. “Such abominable practices have no place in the modern world,” he stressed.

Tomorrow, Mr. Ban will meet with Sahrawi refugees suffering terribly under harsh conditions in Algeria. “The world cannot forget their plight. The Sahrawi people must enjoy their human rights – especially the right to self-determination within the framework of a mutually acceptable political solution,” emphasized the UN chief.

He underlined that his aim is to contribute to this solution and facilitate “genuine” negotiations so that Sahrawi refugees can return home to Western Sahara.

“I am also deeply concerned about the situation in Libya,” he added. “There are alarming reports of widespread human rights violations, including serious abuses that may amount to war crimes. All those with influence must use it to calm the situation and stop the fighting. It is utterly irresponsible for any outside player to stoke the fires.”

Ending his remarks, the UN chief said he is inspired by Mauritania's rich history, and that the world needs “such an open-hearted spirit to break down walls and forge trust.”

♦ Receive daily updates directly in your inbox - Subscribe here to a topic.
♦ Download the UN News app for your iOS or Android devices.
sahel|the

Burkina Faso is making a solid comeback, United Nations Secretary-General Ban Ki-moon said today in the country's capital, Ouagadougou, where he praised the Burkinabe Government and people for their perseverance during a series of tests in recent years, and who with UN support, are firmly on a path to consolidating democratic gains and ensure sustainable development.