“In light of the enormous and long process to recovery and rehabilitation ahead of us, and in the name of the Fijian people, I am calling on the international community's assistance,” Prime Minister Josaia Voreqe Bainimarama said.

He said that relief efforts are in full swing and Fiji is prioritizing the restoration of such essential services as education, health, infrastructure and agriculture.

Winston, the most devastating tropical cyclone on record in the Southern Hemisphere, struck the Pacific island nation on 20 February, taking more than 40 lives and affecting 350,000 people, 40 per cent of the total population. Some 54,000 people remain sheltered in 960 evacuation centres.

While comprehensive data on the damage is still being collected, initial estimates indicate varying levels of destruction, with up to 100 per cent of buildings destroyed on some islands. Hundreds of schools have been damaged or destroyed, health facilities have been severely damaged and the agricultural sector faces a total loss of some $56 million. 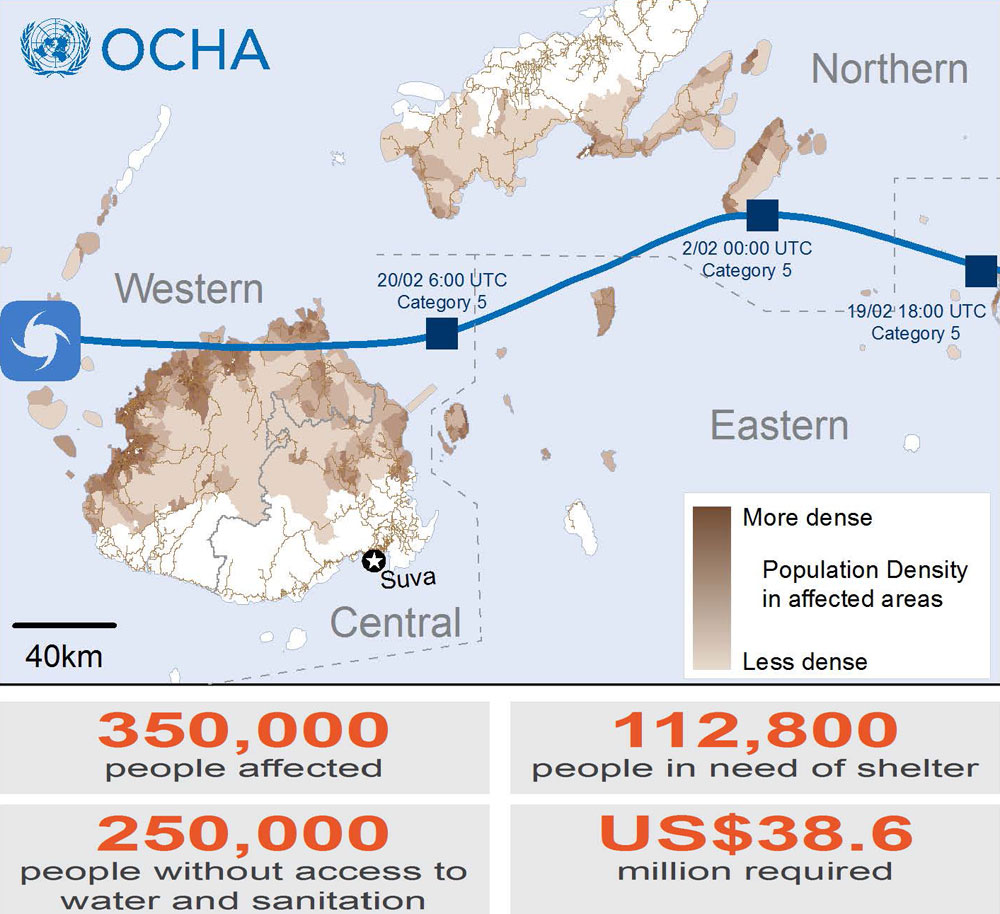 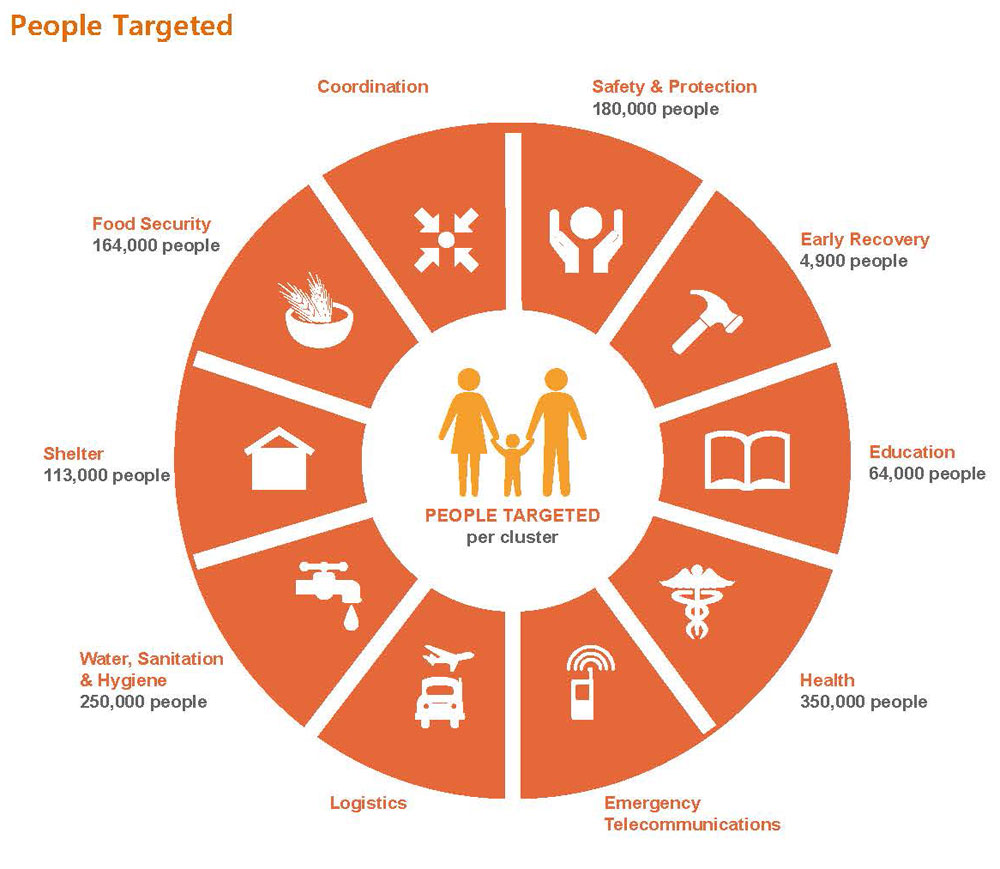 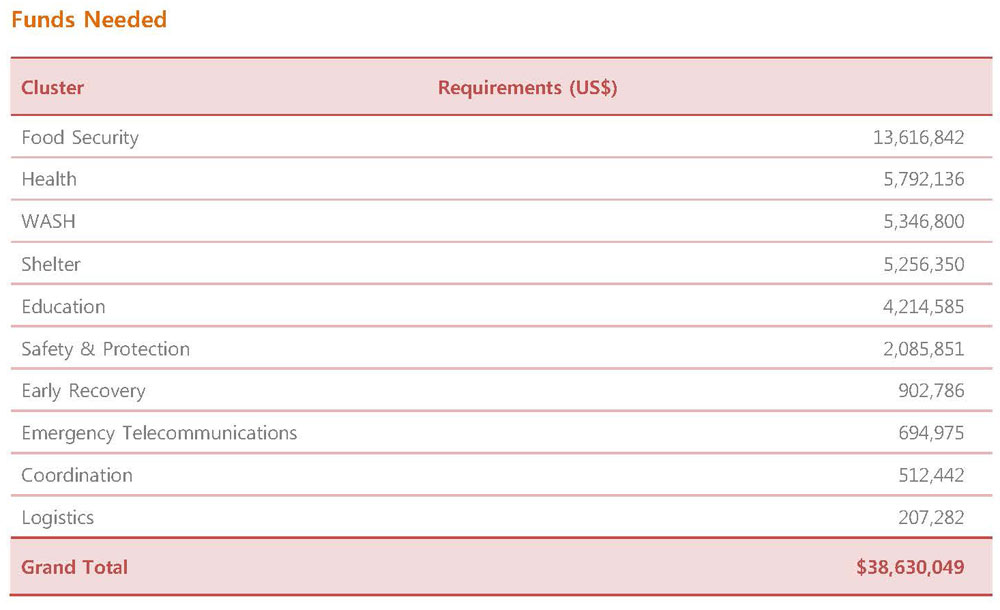 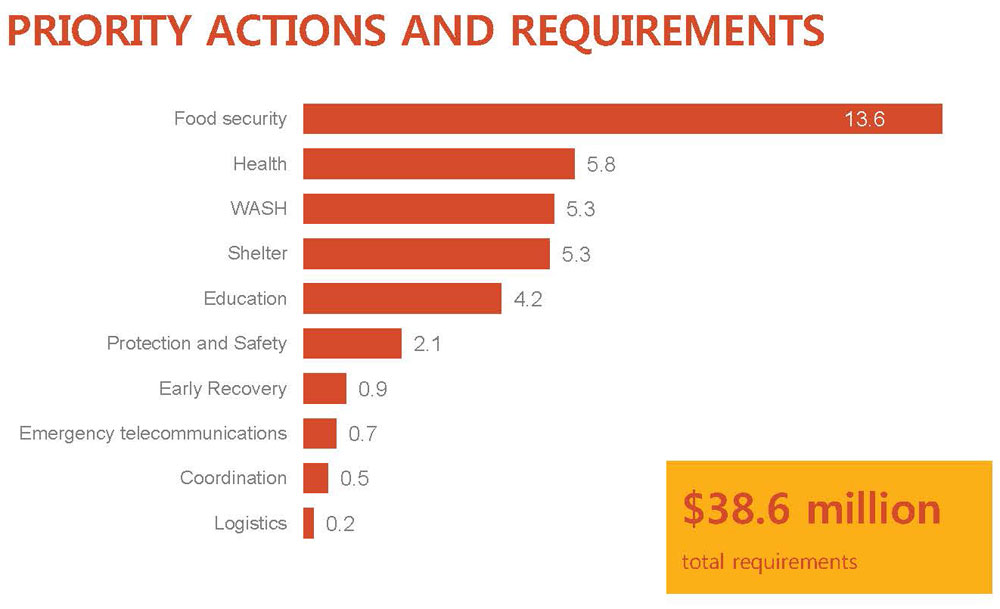 “Almost no part of our nation has been left unscarred, and many of our rural and maritime areas bore the brunt of Winston's fury,” said Nazhat Shameem Khan, Fiji's Permanent Representative to the UN in Geneva.

On Koro Island alone, more than 3,000 people were left homeless, with 21 per cent of livestock dead and any crop yield made impossible.

“This is a loss of catastrophic proportions for Fiji, and the immediate loss will be followed by a longer term loss to Fiji's economic and social growth,” Mr. Khan said. “We have suffered a terrible blow to infrastructure, health, education, and agriculture. It is a blow which will take us years to recover from. The moment is now, for our friends to stand by the people of Fiji.”

For its part, the UN, together with its humanitarian partners, is supporting Fiji in their response to the catastrophe.

“It is vital that the international community provides the necessary resources so we can help all the affected people with shelter, health services, water and sanitation, and support students to restart their education,” said Marcy Vigoda, Chief of Partnerships and Resource Mobilization in the UN Office for the Coordination of Humanitarian Affairs (OCHA) in Geneva.

Meanwhile, Stephen O'Brien, Under-Secretary-General for Humanitarian Affairs and Emergency Relief Coordinator, is releasing some $8 million from the UN's Central Emergency Response Fund (CERF) to immediate response projects in the appeal. International donors have already made in-kind donations and provided technical assistance worth nearly $22 million, and provided $9 million in cash.

♦ Receive daily updates directly in your inbox - Subscribe here to a topic.
♦ Download the UN News app for your iOS or Android devices.
disaster|the 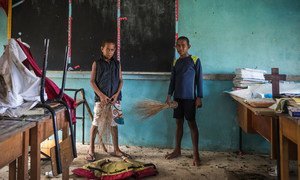 More than a week after a devastating tropical storm ripped through Fiji, some 40 per cent of the islands' children are “at risk,” with many living without safe drinking water, power or a roof over their heads, the United Nations children's agency says.