UNDP Syria
A woman at her family’s tomato farm in Tartous, Syria, in 2014. The farm is one of the businesses supported by UNDP Syria, which provide food for conflict-affected Syrians.
24 February 2016

The United Nations Development Programme (UNDP), with its presence in more than 170 poor and vulnerable countries, must rise to the challenge of advancing a “big, new, more complex, and transformational” sustainable development agenda, the head of the agency said today at al ministerial meeting to commemorate the 50th anniversary of its founding.

The United Nations Development Programme (UNDP), with its presence in more than 170 poor and vulnerable countries, must rise to the challenge of advancing a “big, new, more complex, and transformational” sustainable development agenda, the head of the agency said today at a ministerial meeting to commemorate the 50th anniversary of its founding.

“For fifty years, UNDP has been working on the frontlines of development, advocating for change and connecting countries to the knowledge, experience, and resources they need to help people build better lives,” UNDP Administrator Helen Clark told the special meeting at UN Headquarters.

“The world has changed immeasurably in that time, and UNDP has changed with it,” she added.

But UNDP's core mission remains more relevant than ever, she stressed, citing its mandate to support countries to eradicate poverty in a way which simultaneously reduces inequality and exclusion, while protecting the planet.

The 2030 Agenda and the Sustainable Development Goals (SDGs), adopted by 193 Member States last September, provide the framework for the next phase of UNDP's work.

“We have already taken steps to ensure that UNDP is fit for purpose in the SDG era,” she said, noting that a more focused Strategic Plan includes the restructuring of headquarters to eliminate duplication and improve efficiency and effectiveness, as well as a shift of policy, programme, and other support closer to the field. UNDP also implemented measures which led to the agency being ranked among the most transparent development organizations in the world. 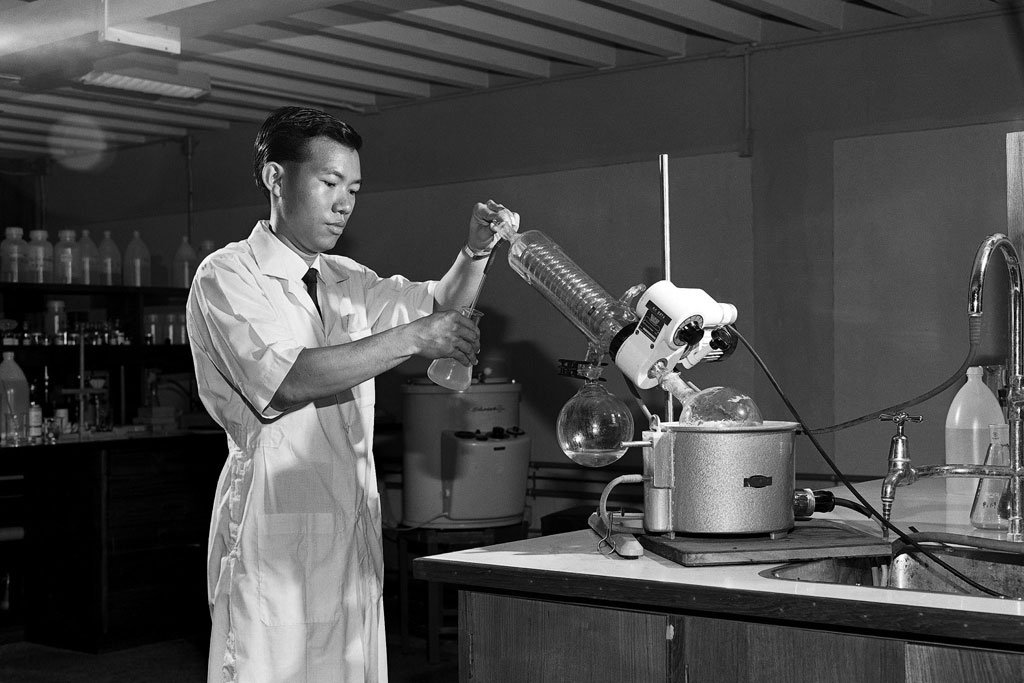 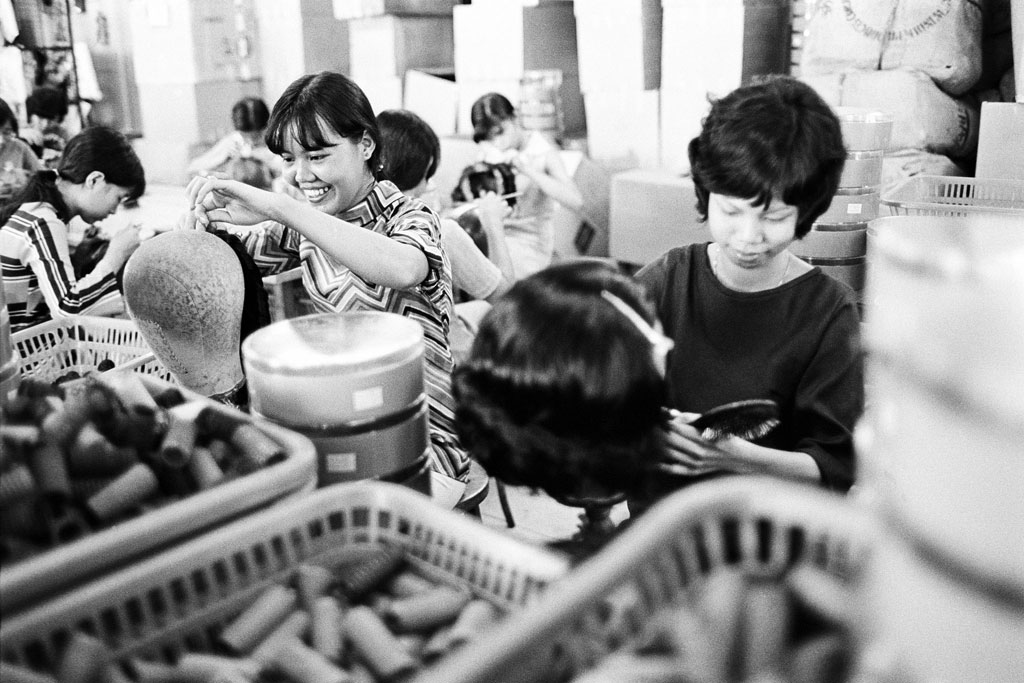 Back in the 1970's Singapore struggled to provide employment for it's rapidly expanding population and labour force. The government established several industrial estates and created an Economic Development Board with an Industrial Research Unit offering facilities for applied technological research and industrial testing. UNDP, together with the International Labour Organisation, helped the government establish a Light Industries Service Unit to assist private entrepreneurs and government-sponsored industrial estates. UN Photo/R. Witlin 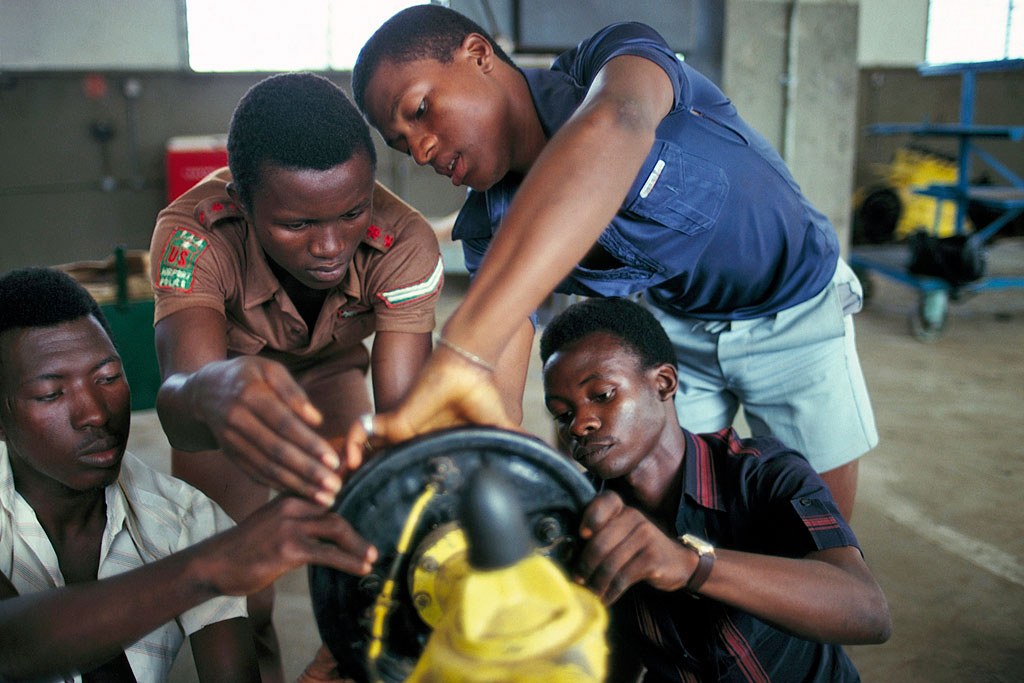 The principal goal of the Second UN Development Decade was to help millions of people who are poor, sick, hungry and illiterate earn enough money to achieve a minimum standard of living consistent with human dignity. UNDP assisted this vocational training centre in Freetown, Sierra Leone, which trained about 300 students at a time. UN Photo/Redenius 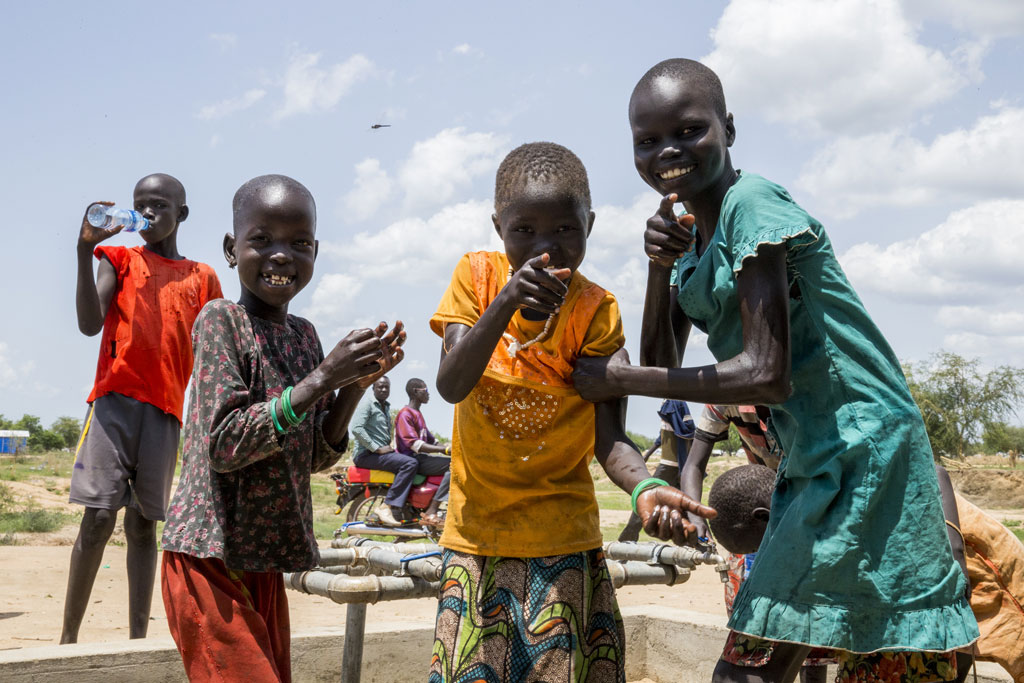 Community residents make use of the new bore hole next to the market shed (2015). UN Photo/JC McIlwaine 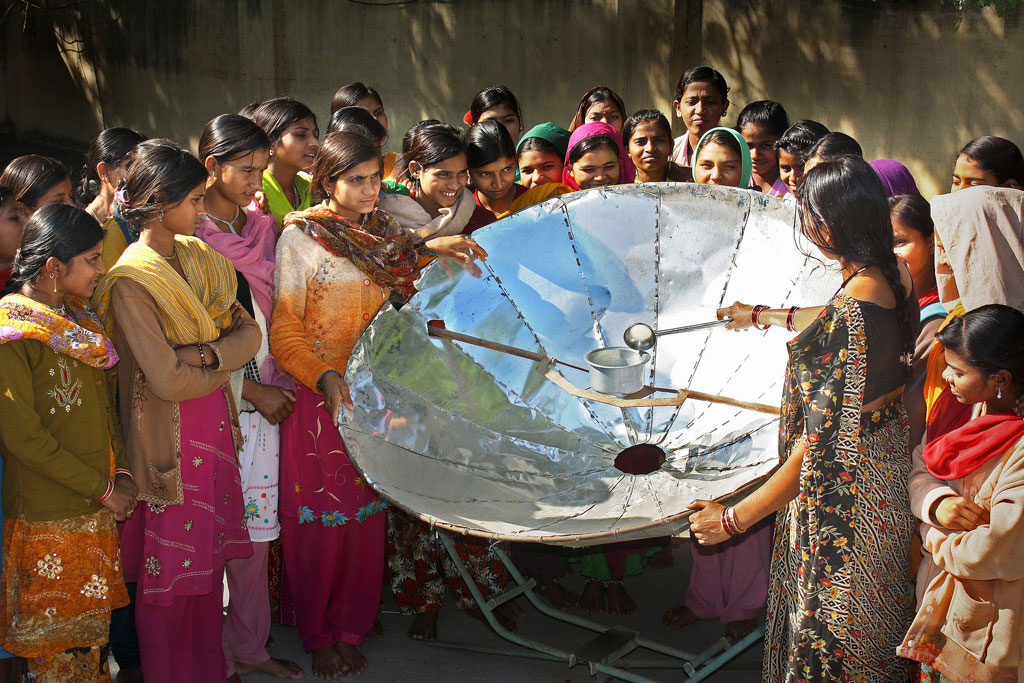 With the support of UNDP, India's Ministry of New and renewable Energy in India, has been developing and promoting solar concentrators to reduce and replace the use of conventional fuels that degrade the environment (2009). UN Photo

Given the ambition and breadth of the 2030 Agenda, UNDP must be ever more proactive, responsive, and innovative, she said, urging ministers and other participants to share their visions on how UNDP can better support Member States.

More specifically, she asked them to discuss the measures which lead to inclusive growth and the eradication of poverty in all its dimensions; the importance of balancing economic growth and improved livelihoods with the need to protect the environment; ways to ensure that governance, peace and security are durable and benefit all parts of society; and how to identify risks and take appropriate action to prepare for disasters and adapt to climate change.

UN Secretary-General Ban Ki-moon, in a video message to the meeting, said that UNDP's strengths included its global presence and programmatic reach, its pioneering analysis and forceful advocacy, and a strong commitment to the most vulnerable members of society.

“UNDP also plays the key coordinating role in the UN development system,” he said, stressing that this role will become even more important as the Organization supports national efforts to achieve the SDGs.

Mogens Lykketoft, the President of the UN General Assembly, said that it is through UNDP that Member States have most explicitly sought to fulfil the Organization's core objective of “advancement of social progress and better standards of life in larger freedom.”

UNDP has a geographical footprint corresponding to the multi-polar world, and a mandate that reflects the complexity of the global challenges of today, he noted.

Citing its function as resident coordinator at country level, its presence in over 170 of the world poorest and most vulnerable countries, and its role as chair of the UN Development Group, he said “a dynamic UNDP will be and must be at the very heart of a dynamic response from the UN development system.”

“Together, you must deliver as one, advocate loudly for SDG action, work hand in hand with Member States and other partners, and promote accountability for last year's commitment,” he concluded. 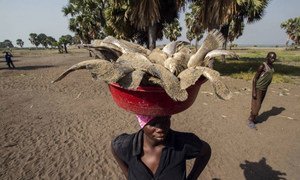 Top fishery officials are gathering in Morocco this week to discuss sustainable trade practices in a $144 billion industry that provides developing countries with more export revenue than meat, tobacco, rice and sugar combined.