Students laugh during a class lecture at the University of Ghana in Accra. World Bank/Dominic Chavez
24 February 2016
SDGs

United Nations efforts to enhance international peace and security may grab headlines, but the vast majority of the Organization’s resources are devoted to development, and to advancing the Charter's pledge to "promote higher standards of living, full employment, and conditions of economic and social progress and development."

Through its system of specialized agencies and funds, the UN is dedicated to ensuring that economic expansion and globalization are guided by policies promoting human welfare, sustainable development, poverty eradication, fair trade and the reduction of foreign debt.

Since its inception in 1966, the UN Development Programme (UNDP) – the Organization’s largest provider of grants for sustainable human development worldwide – has been on the front lines of UN development efforts, partnering with countries and organizations to reduce poverty, empower women, create jobs, protect the environment and narrow the gap between the ‘haves’ and ‘have nots.’

UNDP now works in support of more than 170 countries to build institutions, increase resilience and help implement reforms. Through its efforts, it has contributed to major development gains in many countries around the world.

As the agency marks its fiftieth anniversary, the UN News Centre takes a look at the evolution of UNDP’s work over the years as the agency looks forward to what remains to be done to empower people, build resilient nations, drive sustainable economic growth and improve the quality of life for all. 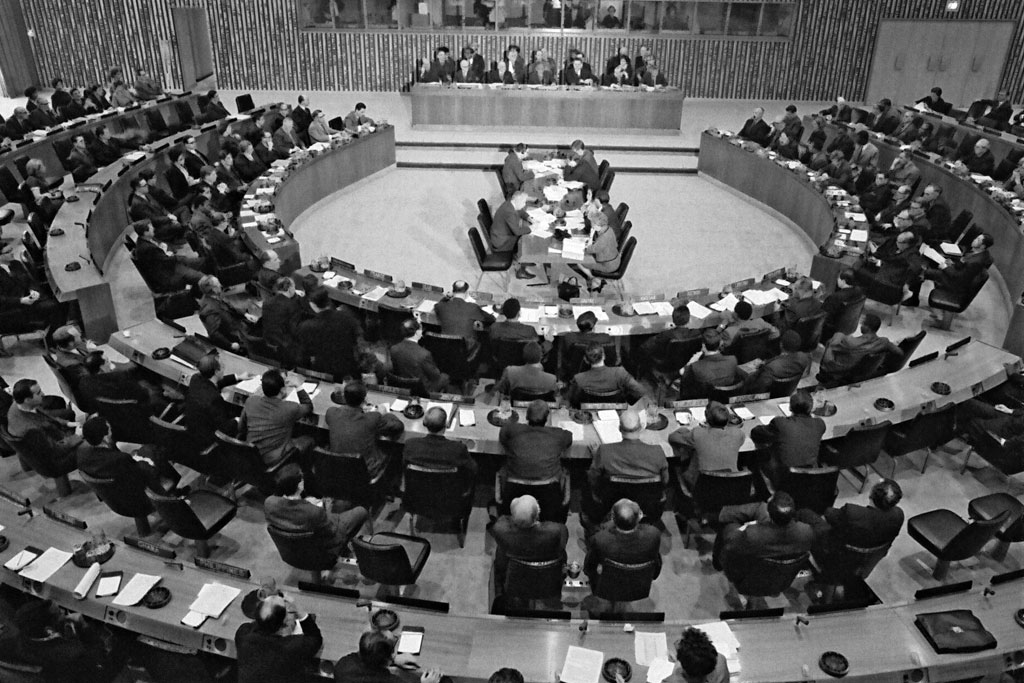 UNDP was born in 1966 – the merger of two predecessor organizations – the Expanded Programme of Technical Assistance, established in 1949 to assist poorer countries, and the UN Special Fund, established in 1958 to serve as a channel for voluntary contributions to UN agencies. At the time, UN Secretary-General U Thant said that UNDP’s creation put the UN on the "front-line of a global war on want." Shown is a view of the first session of UNDP’s Governing Council in January of that year. UN Photo/Yutaka Nagata 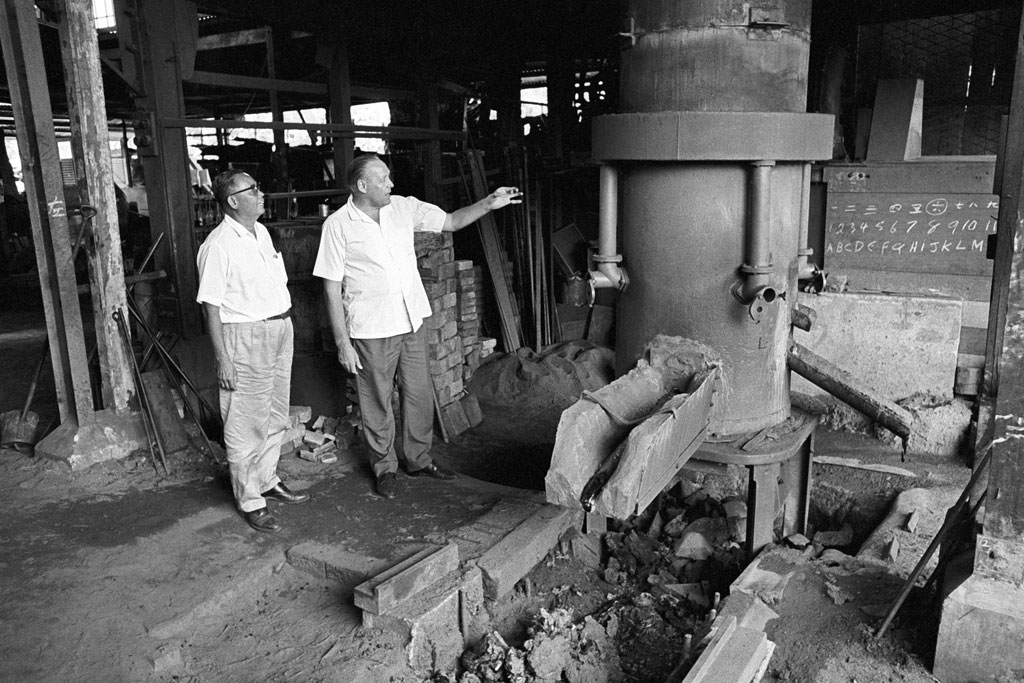 UNDP has adapted to the times. In its early days, its focus was on industrialization – providing technical assistance to newly-independent countries, and offering funding and technical expertise in areas such as education, job creation and urban planning. Shown, in 1967, UN Foundry Expert Rudoldf Gfeller (Switzerland) discusses a redesigned furnace with the owner of the United Chinese Engineering Works in newly-independent Singapore. UN Photo/MB 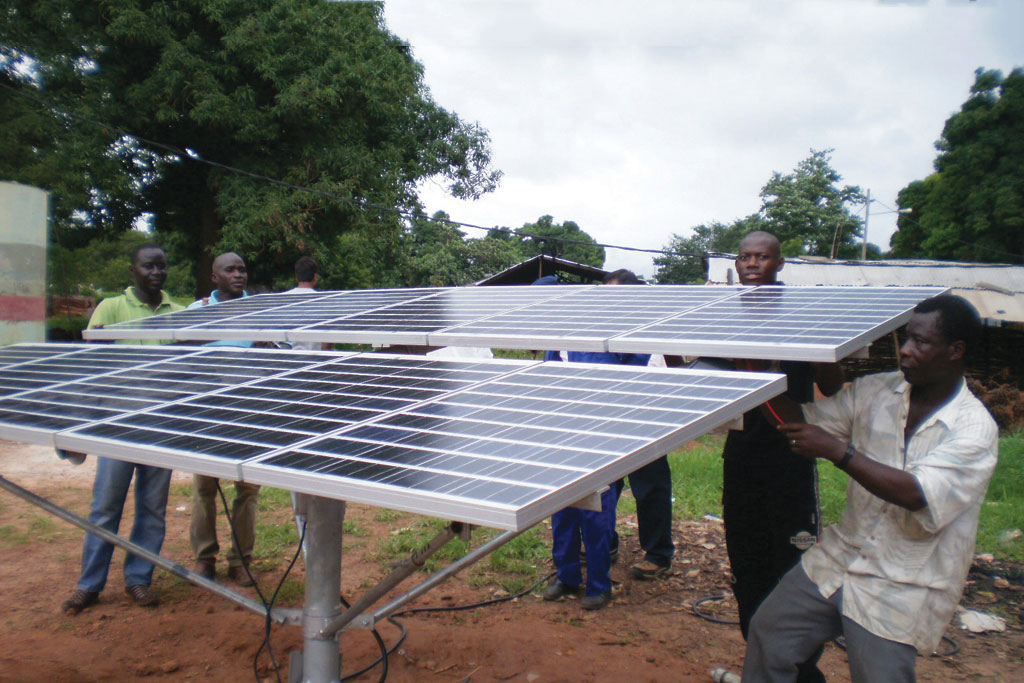 Later, UNDP expanded its role to serve as a knowledge broker, advocate, adviser, coordinator and implementation partner to facilitate cooperation between developing countries to find solutions to common development challenges. Pictured, in a current example of such assistance, villagers in Guinea Bissau install solar panels after receiving training provided by India, through a UNDP-backed initiative that brought solar energy technology to 20 rural villages, benefitting some 15,000 people. UNDP/UNOSSC 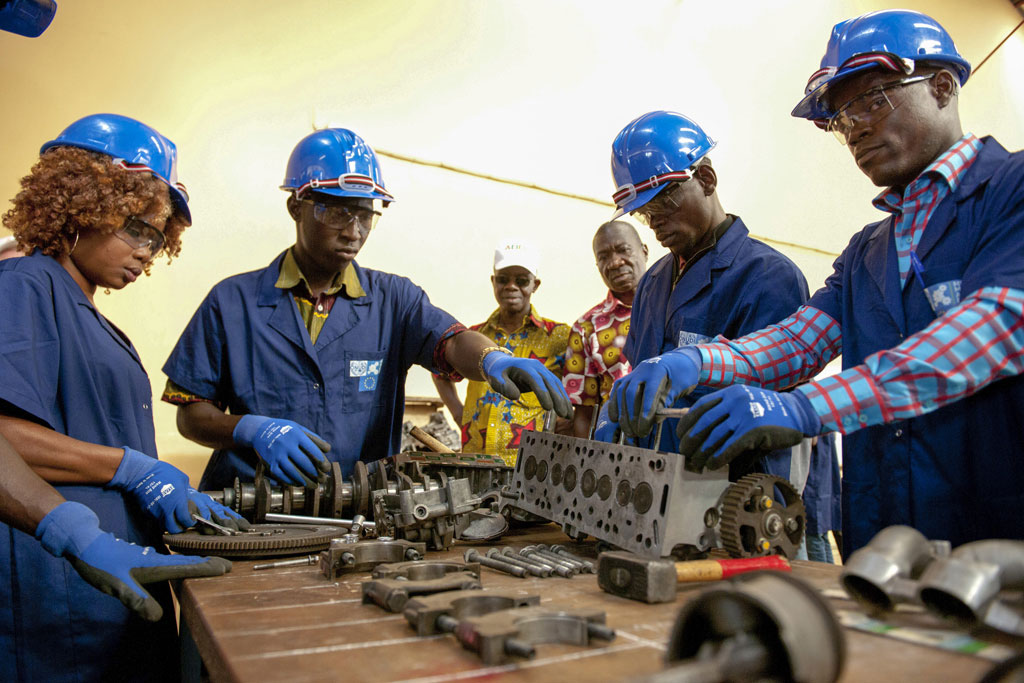 With the end of the Cold War, UNDP further expanded its role to assist countries in consolidating democratic governance and in dealing with crisis prevention and recovery. Here, in Côte d’Ivoire, participants attending a 2014 UNDP-backed international seminar to share the country’s experience in disarmament, demobilisation and reintegration view the technical training provided to ex-combatants in Bouaké. UN Photo/Abdul Fatai 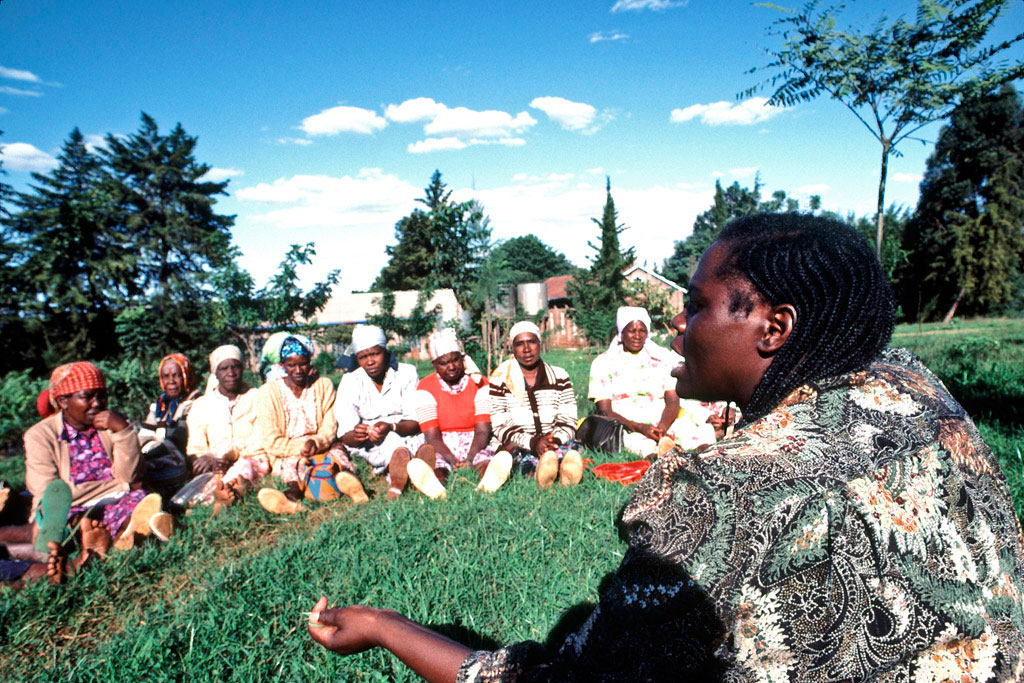 UNDP moved gender to the centre of its work in 1986, launching a partnership with UNIFEM (one of several entities that later merged to become UN Women) providing grants to women’s rights projects around the world. This helped pave the way for a Millennium Development Goal focusing specifically on gender equality. Shown, an early grantee, Dr. Wangari Maathai, founder of the Green Belt Movement in Kenya, speaks to staff at a tree nursery. The late Dr. Maathai was the recipient of the 2004 Nobel Peace Prize 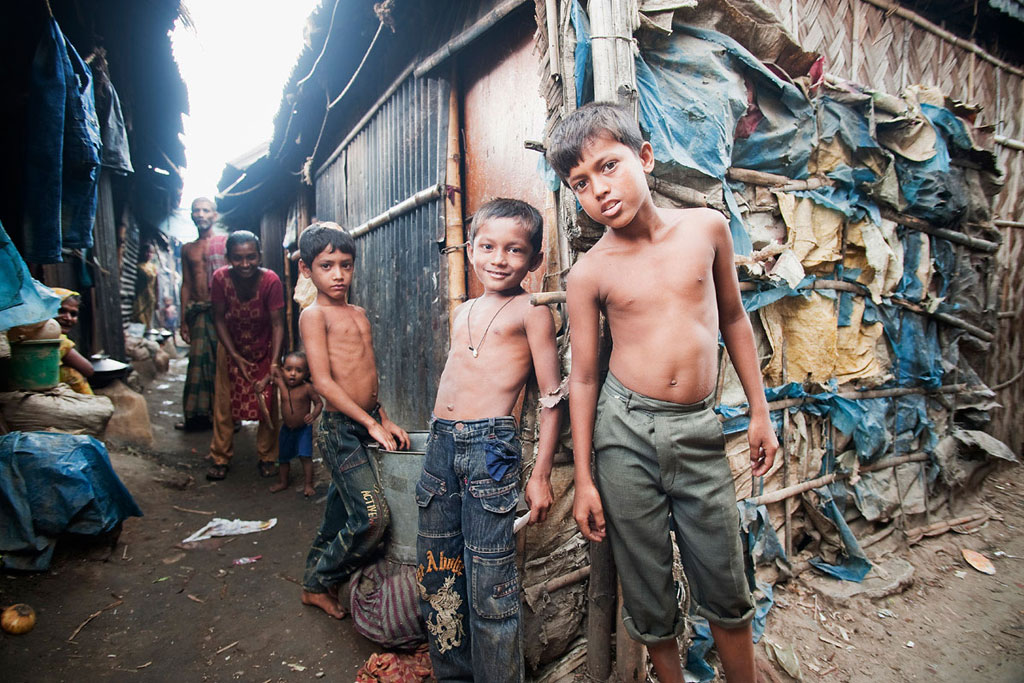 The 2000s brought UNDP to the forefront of advancing the Millennium Development Goals (MDGs), through its country-level scorekeeper role, and through its work at the intersection of poverty eradication, democratic governance and environmental sustainability. Pictured, children pose for a photo in Kallayanpur slum, in Dhaka, Bangladesh. UN Photo/Kibae Park 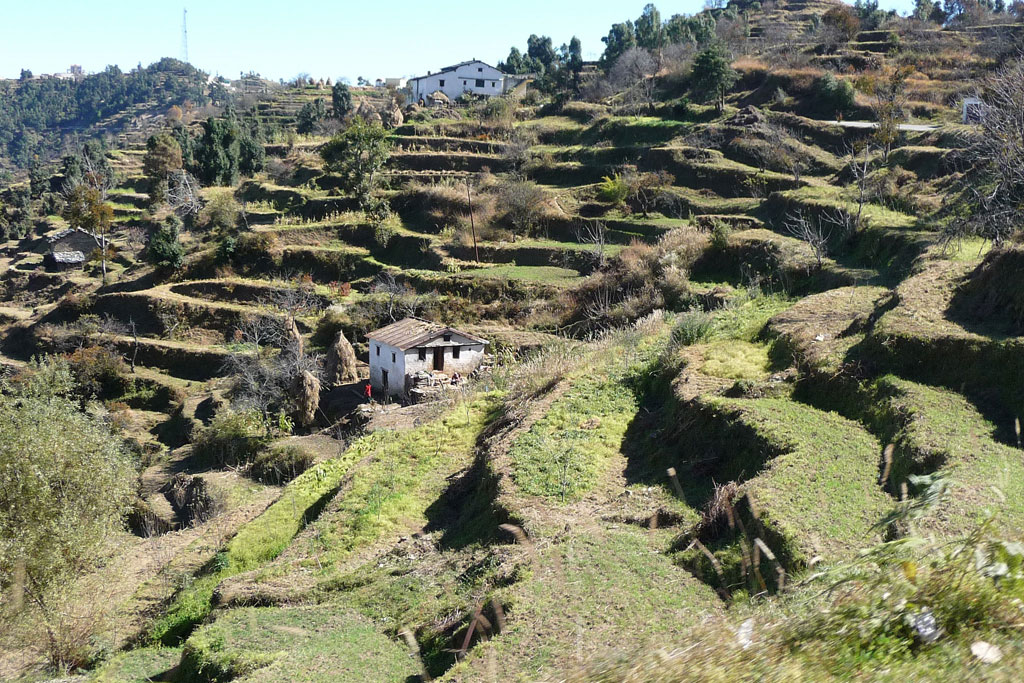 In 1991, UNDP partnered with the World Bank to administer the newly-created Global Environmental Facility (GEF), a $2 billion fund that helps developing countries protect the global environment. Shown, terraces in the Himalayas Nainital District in India are helping farmers maintain valuable top soil and achieve a higher degree of water penetration for their crops. GEF/Patrizia Cocca 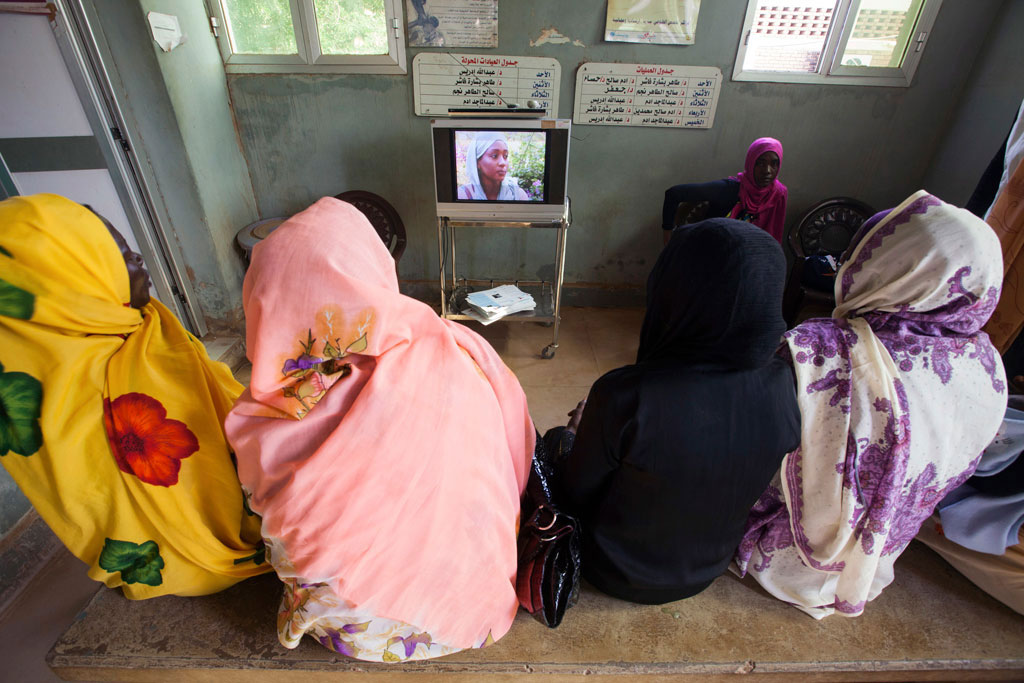 Recognizing the need to fight the spread of HIV as a development priority, UNDP took a leadership role in the formation of the Joint UN Programme on HIV/AIDS (UNAIDS) and supported the creation of an African network on HIV and human rights. In later years, a partnership between UNDP and the Global Fund to Fight AIDS, Tuberculosis and Malaria helped save 2.2 million lives by supporting the implementation of HIV, tuberculosis and malaria programmes in low- and middle-income countries. Shown, women in Sudan’s North Darfur region watch a video campaign on HIV at the waiting room of the Women's Hospital in El Fasher. UNAMID/Albert González Farran 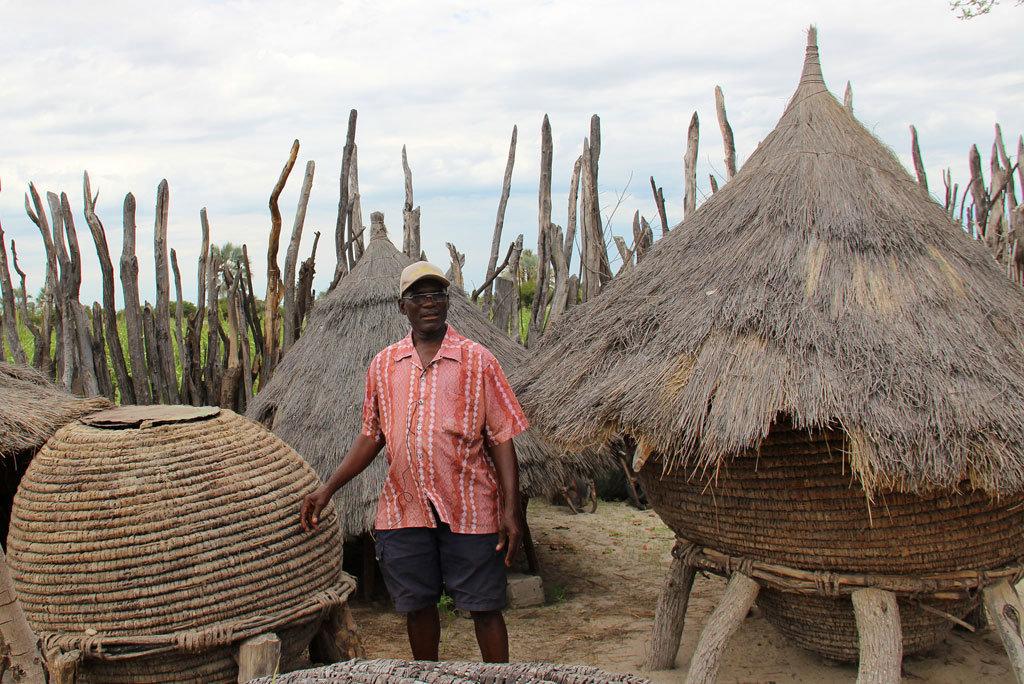 UNDP assists farmers in increasing food production and adapting to climate change. In Namibia, a scarcity of water can prevent millet plants from reaching full maturity. Thanks to a UNDP-backed project farmers like Johannes Keshongo, shown standing amongst handmade grain silos, have learned new agricultural techniques that allow them to quadruple the amount of millet harvested in the same field. GEF/Patrizia Cocca 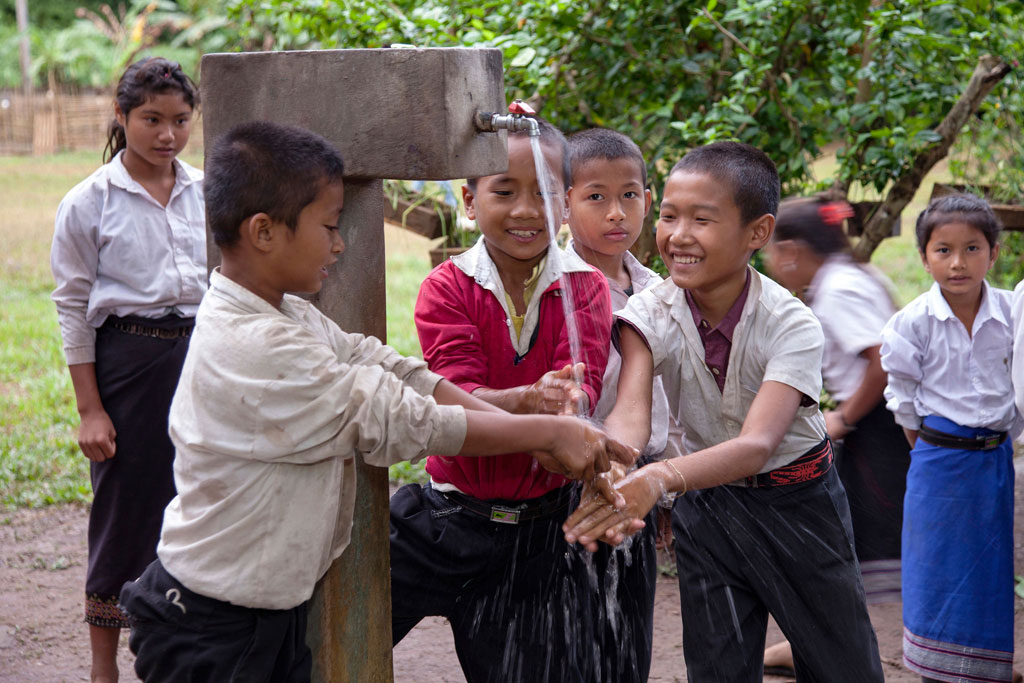 With the adoption of the Sustainable Development Goals in 2015 – which chart the course of UN development work over the next 15 years – UNDP is working with partners to balance economic and social growth and environmental protection in the ongoing to effort to achieve a more prosperous, fairer and more inclusive world for all. Pictured, at a primary school in Laos, students learn the importance of proper hand washing, drinking safe water and using clean utensils. World Bank/Bart Verweiji

To mark its 50th anniversary today, UNDP hosted a meeting in New York, attended by more than 80 ministers from around the world, to consider how to translate global development commitments, embodied in the Sustainable Development Goals (SDGs), into concrete action and results. “Government leadership is vital for achieving the SDGs, together with partnerships with civil society, the private sector, philanthropy and the multilateral system,” said UNDP chief Helen Clark on the eve of the meeting. “Working together, we can achieve our goals of a world which is free of poverty and inequality.”

50 Years of Sustainable Development. Credit: UNDP
♦ Receive daily updates directly in your inbox - Subscribe here to a topic.
♦ Download the UN News app for your iOS or Android devices.
development

The United Nations Development Programme (UNDP), with its presence in more than 170 poor and vulnerable countries, must rise to the challenge of advancing a “big, new, more complex, and transformational” sustainable development agenda, the head of the agency said today at al ministerial meeting to commemorate the 50th anniversary of its founding.