UNDP/Aude Rossignol
Secretary-General Ban addresses the press in Burundi after meeting with President Pierre Nkurunziza (left). He is also meeting with other actors in support of UN efforts to resolve the country’s political crisis.
23 February 2016

United Nations Secretary-General Ban Ki-moon has welcomed the decision today by the President of Burundi to withdraw some media bans, cancel arrest warrants and release detainees as goodwill gestures to try to end months of violence in the crisis-torn country.

Speaking at a press conference in Burundi, Mr. Ban said that President Pierre Nkurunziza told him this morning that, among other measures, he will release a list of 1,200 detainees.

“This is an encouraging step,” the UN chief said, emphasizing that he would expect that additional measures should be taken.

Mr. Ban said that at his invitation yesterday evening, representatives of the political actors, from both the Government ruling party and opposition party, sat down together to discuss Burundi’s future, and promised to engage in inclusive dialogue.

“Nothing prevents them from continuing on this course,” the Secretary-General stressed, adding that President Nkurunziza also confirmed that he will be engaging in an inclusive dialogue.

Noting that he was last in Burundi in June 2010, only weeks before the general elections, Mr. Ban said that at the time, he spoke about the peace dividends of the Arusha Peace and Reconciliation Agreement and the Global Ceasefire Agreement, which put the country on a path to economic recovery and national reconciliation. 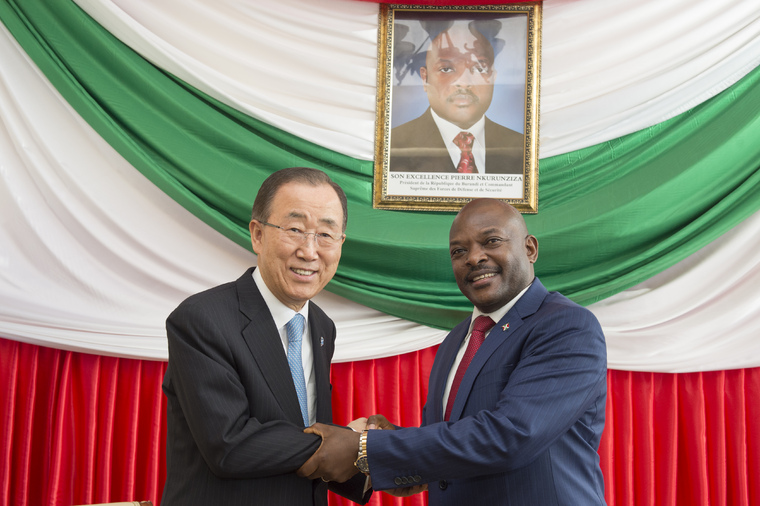 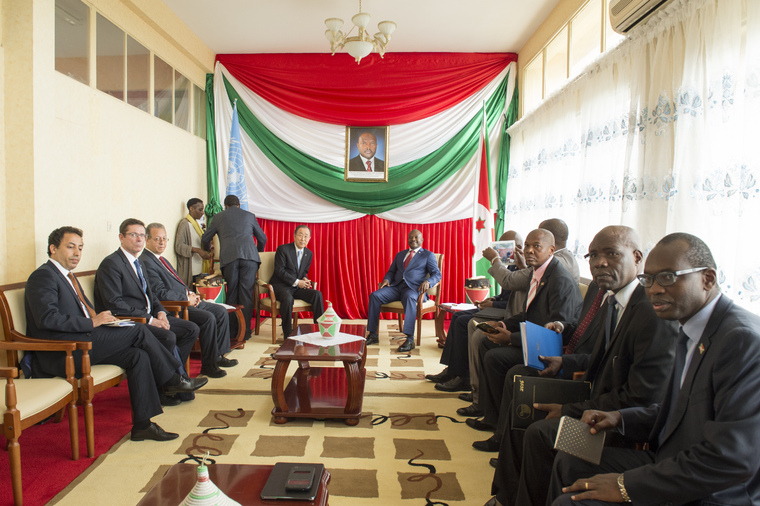 Secretary-General Ban Ki-moon meets with President Pierre Nkurunziza of Burundi, along with other UN and Burundian officials, in Bujumbura. UN Photo/Eskinder Debebe 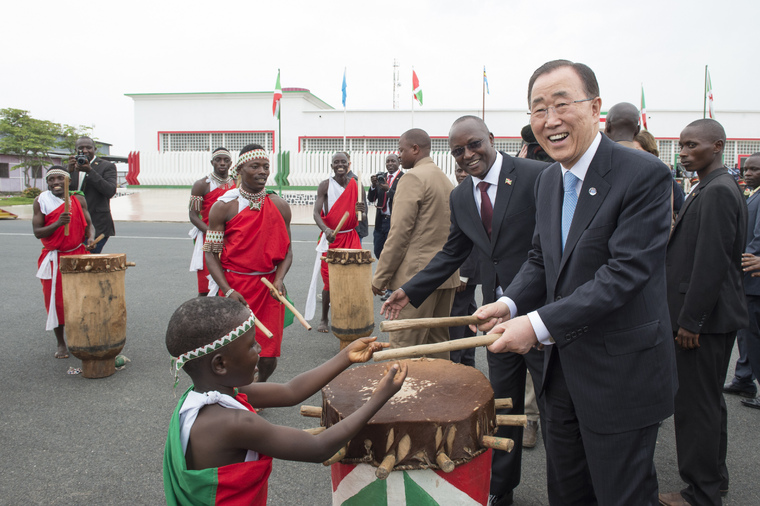 Secretary-General Ban Ki-moon plays a ceremonial drum with a Burundian boy as he prepares to depart on the completion of his official visit to Burundi. He is seen off by First Vice-President Gaston Sindimwo. UN Photo/Eskinder Debebe 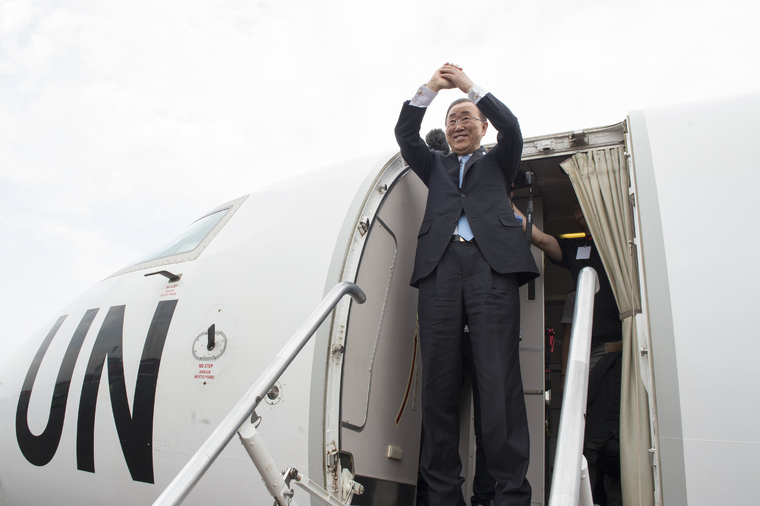 Secretary-General Ban Ki-moon departs from Bujumbura, Burundi, on the completion of his official visit to the country. UN Photo/Eskinder Debebe 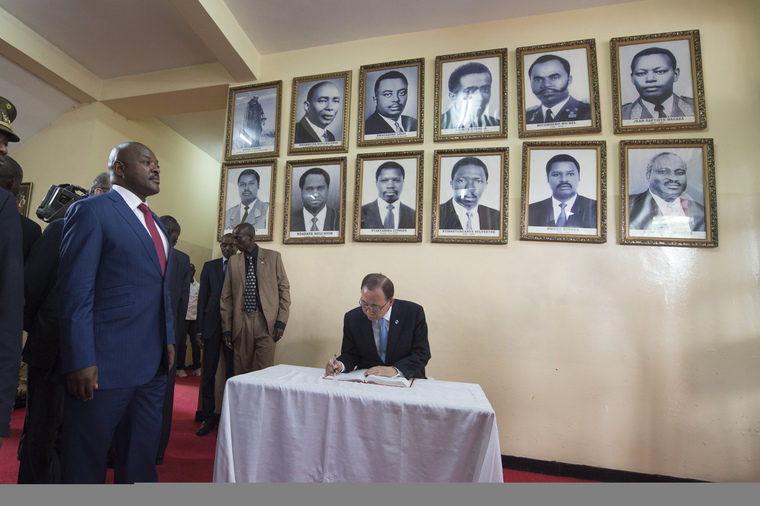 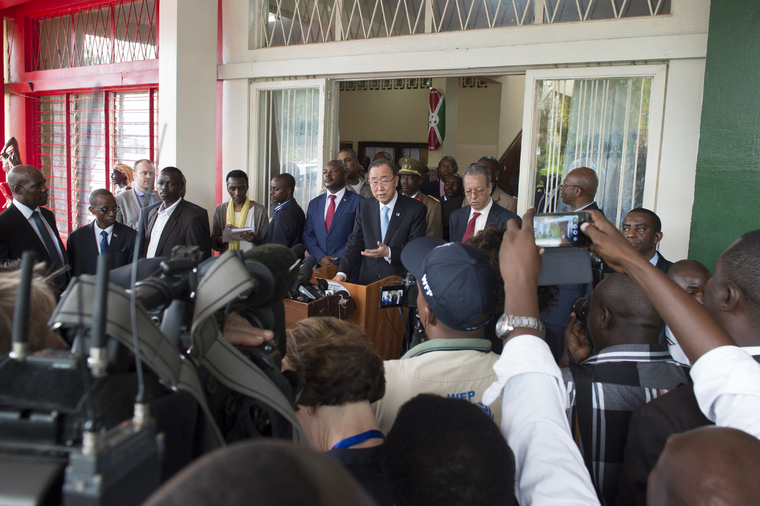 “The effort that ended the civil war hinged on the willingness of former battlefield enemies to sit at the same table and become partners in Burundi’s common future,” the UN chief said.

Mr. Ban also underscored that it is necessary to shift from a focus on crisis response to a culture of early action – what he called a “preventive diplomacy.”

Mr. Ban added that his Special Adviser on Yemen, Jamal Benomar, has deployed his team in Burundi and is working with the Government to support a “credible and inclusive political dialogue” and advise the authorities on addressing security concerns.

“I have full confidence and trust in Mr. Benomar and I hope that the Government of Burundi will work closely with him,” Mr. Ban said.

“Burundi’s political leaders must be willing to summon the courage and confidence that will make a credible political process possible and ensure that the people of this beautiful nation can once again live in peace and enjoy human rights,” the UN chief concluded.

Burundi was thrown into crisis this past April when President Nkurunziza decided to run for a controversial third term that he went on to win in July. To date, it has been reported that more than 400 people have been killed, more than 240,000 have fled the nation, and thousands more have been arrested and possibly subjected to human rights violations. 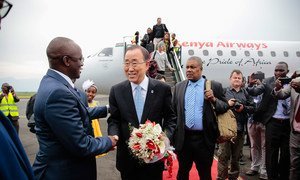 United Nations Secretary-General Ban Ki-moon arrived today in Bujumbura, capital of Burundi, for an official visit during which he is expected to meet President Pierre Nkurunziza and other actors in support of ongoing UN efforts at resolving Burundi’s political crisis.