With senior United Nations officials warning of escalating inter-communal violence and rampant human rights violations in South Sudan, the Security Council today strongly condemned all attacks and provocations against civilians and the UN by armed actors, and called for calm on all sides.

In a statement to the press, the Council condemned “in the strongest terms” violence committed by elements of the Shilluk and Dinka communities, which erupted in the protection of civilians site in Malakal managed by the UN Mission in South Sudan (UNMISS), on February 17 and which continued into yesterday, resulting in more than 18 deaths and 50 injuries.

The members of the Council said they were particularly alarmed by credible reports of armed men in Sudan People's Liberation Army (SPLA) un uniforms entering the UNMISS camp and firing on civilians, and the looting and burning of tents.

Strongly condemning “all attacks and provocations against civilians and the United Nations by armed actors, including SPLA soldiers,” the Council reminded all parties, including Government security forces, of the civilian character of the protection of civilian sites in South Sudan.

In its statement, the Council went to call for calm by all sides and to refrain from additional fighting, acts of violence, and further provocations. The 15-member body also called on the Government “to swiftly investigate this attack, with the assistance of UNMISS, and bring the perpetrators to justice. “It is the responsibility of the Government […] to hold those responsible for the attack accountable,” emphasized the Council.

The Security Council stressed that attacks against civilians and UN premises may constitute war crimes, and those involved could be potentially subject to sanctions as authorized under its resolution 2206 (2015) for actions that threaten the peace, security or stability of South Sudan.

In a scheduled briefing that preceded the Council’s statement, two senior UN officials urged the body and regional leaders to continue engaging all parties involved in the longstanding conflict to attain a sustainable peace.

Situation on the Ground

Moustapha Soumaré, Deputy Special Representative of the Secretary-General for South Sudan and deputy UNMISS chief reiterated the Mission’s grave concern over the outbreak of violence at the Malakal site and noted that UNMISS uniformed personnel are undertaking robust measures to strengthen physical security within and around the site, while humanitarian partners are working to resume delivery of essential services.

“Meanwhile, we are engaged at all levels in the Government, the opposition and the national security forces, as well as within the communities themselves, to address the underlying factors and avoid a resumption of violence,” Mr. Soumaré said.

Violence continues in many regions of the country, including in areas that had previously been relatively calm, he said. Of particular concern is the deteriorating security situation in Western Bahr E1 Ghazal, particularly around Wau, which has also escalated over the past 48 hours. 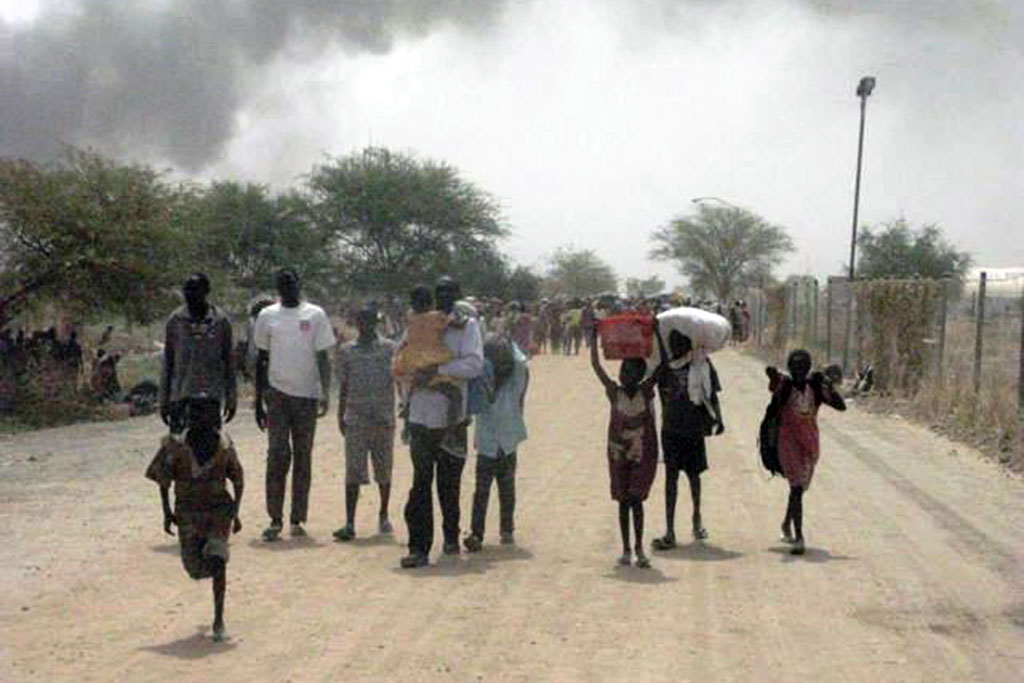 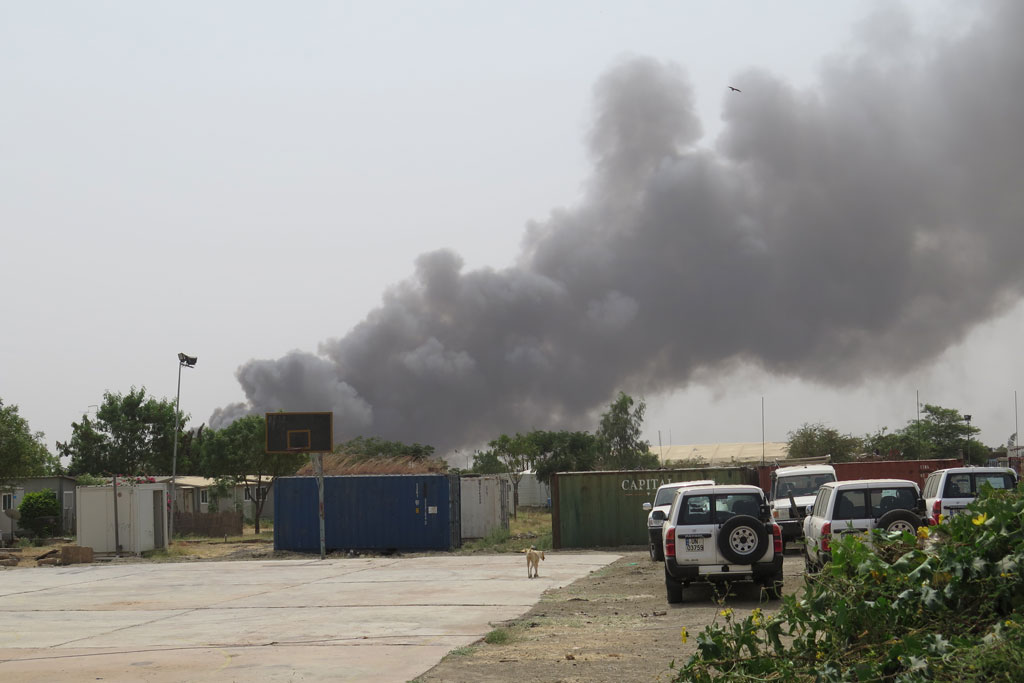 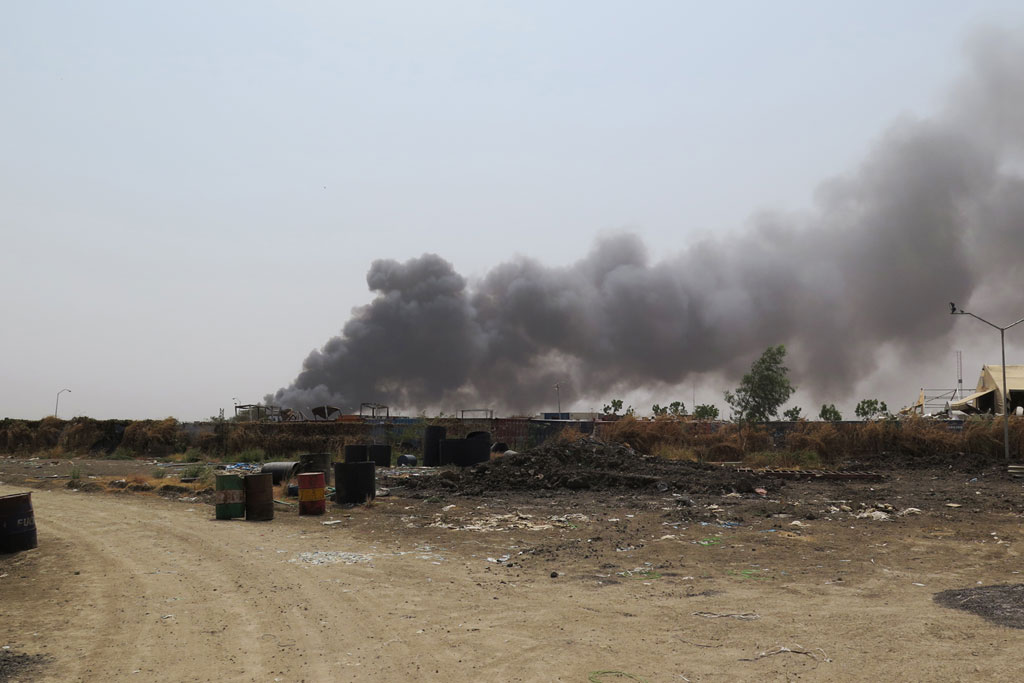 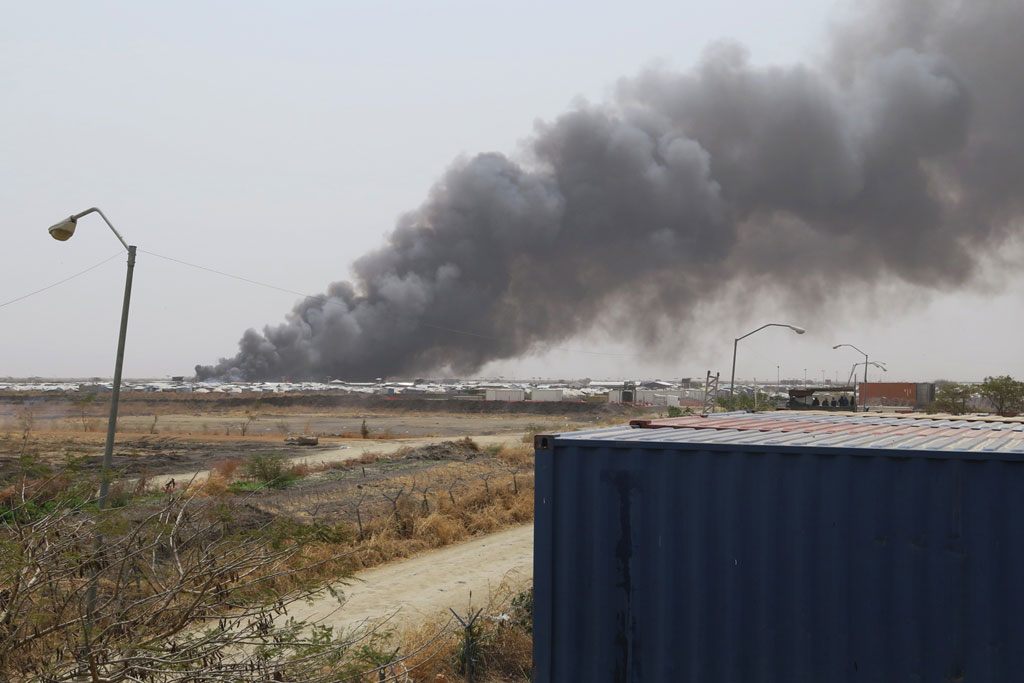 Civilians flee the violence that erupted in the Protection of Civilians site in Malakal, South Sudan. Photo: UNMISS/Nyang Touch

In response to shifting conflict dynamics, Mr. Soumaré said the Mission has adopted a “more agile force posture” to protect civilians affected by violence. UNMISS is focusing on projecting physical presence away from its bases in Bentiu, Bor, Juba, Malakal and Wau through long-duration patrols and temporary operating bases in areas where insecurity is high.

This includes the establishment of temporary operating bases in Leer as well as in Mundri, which, along with the deployment of an additional company to Yambio, has strengthened the Mission’s presence in western Equatoria.

As violence continues, humanitarian needs are also increasing, the Special Representative said. An estimated 6.1 million people across South Sudan are in urgent need of assistance as a result of interlocking threats, including armed conflict and inter-communal violence, economic decline, disease and climactic shocks. Insecurity and poor road conditions are also negatively impacting the UN’s capability to preposition humanitarian supplies before roads are made impassable by the coming rainy season.

Despite these urgent needs, the Mission and humanitarian partners continue to face significant constraints on their operations, including regular instances in which personnel are denied freedom of movement, as well as other violations of the Mission’s Status of Forces Agreement with the Government. These incidents are regularly reported to the Council and to Government counterparts, he noted.

“It is of critical importance that the parties move ahead with the formation of the Transitional Government of National Unity,” Mr. Soumaré emphasized. “Nonetheless, we must remember that its formation is but the first of many inter-locking steps forward towards fully implementing the peace agreement.” Once the transitional government is formed, it will need to be empowered to operationalize the institutions of transition, the Special Representative also said.

“Only the full implementation of the peace agreement, with clear peace dividends for the people of South Sudan, will help bring stability to the country,” he concluded.

Also briefing the Council, Ivan Šimonović, Assistant Secretary-General for Human Rights, noted that the initial signing of the peace agreement in August had been met with optimism that the parties to the conflict would abide by their declaration of a permanent ceasefire and halt their attacks on the civilian population.

“However, the reconciliatory rhetoric propagated by Government and opposition actors has deflected from the fact that the parties to the conflict continue to attack, kill, abduct, rape, arbitrarily detain, and forcefully displace civilians, and pillage and destroy their property,” Mr. Šimonovic stressed.

Providing details of attacks on civilians since the signing of the peace agreement, the UN official lamented that new theatres of violence are emerging in areas such as the Equatorias, which had previously been little affected by direct hostilities. He also underscored that an increasing number of armed defence groups had emerged in response to the Government’s “highly militarized approach” to addressing insecurity.

“With the diffusion of armed conflict in all parts of the country, and the creation of local armed groups fighting against Government troops, South Sudan faces the risk of fragmentation and related human rights violations,” he said.

While conflict-related violence remains a serious concern, Mr. Šimonović emphasized that human rights are under attack throughout the country. As UNMISS recently documented in a report, the space for freedom of expression and dissent has narrowed considerably, with various accounts of deliberately silencing dissenting voices including those of human rights defenders and journalists. However, Mr. Šimonović stressed, no action has been taken as of yet.

“Perpetrators of these violations have not been held accountable,” he said. “South Sudan has a long history of forgiveness and amnesties, even for the most serious crimes. To break this longstanding cycle of impunity, and to prevent future violations of international human rights law, we must ensure that the transitional justice mechanisms outlined in the peace agreement are implemented.”

Among his recommendations, Mr. Šimonović urged the parties to the conflict to immediately cease all violations of international and humanitarian law and human rights abuses, and implement the peace agreement “in letter and spirit in a timely manner.” He also urged the Security Council and regional leaders to continue engaging the parties to conflict in this regard.

“It cannot be tolerated that leaders make declarations in Juba, while the hostilities and attacks on the civilian population continue and intensify across the country. Not only is South Sudan on the verge of fragmenting, but the conflict seriously threatens stability in the entire region,” he said.

“The United Nations need to extend all necessary support to the African Union and the Transitional Government of National Unity, once established, to ensure that the cycle of impunity is broken and justice is served,” he concluded.

With South Sudan’s parties missing last week’s deadline to set up the Transitional Government of National Unity amid deadlock over establishing 28 states, United Nations Secretary-General Ban Ki-moon today called on the war-torn country’s African partners to save the peace process.