16 February 2016
As World Health Organization officials briefed United Nations Member States in New York today on the Zika virus outbreak, the agency launched a global strategy to guide the international response to the spread of the virus and the neonatal malformations and neurological conditions associated with it.

The Strategic Response Framework and Joint Operations Plan focuses on mobilizing and coordinating partners, experts and resources to help countries enhance surveillance of the Zika virus and disorders that could be linked to it, improve vector control, effectively communicate risks, guidance and protection measures, provide medical care to those affected and fast-track research and development of vaccines, diagnostics and therapeutics.

WHO says $56 million is required to implement the strategy, of which $25 million would fund the WHO/AMRO/PAHO (Regional Office foe the Americas/Pan American Health Organization) response and $31 million would fund the work of key partners. In the interim, WHO has tapped a recently established emergency contingency fund to finance its initial operations.

As part of WHO’s new emergency programme, the agency’s headquarters activated an Incident Management System to oversee the global response and leverage expertise from across the organization to address the crisis. WHO is tapping a recently established emergency contingency fund to finance its initial operations.

Meanwhile, Dr. Natela Menabde, the Executive Director of the WHO Office in New York, told Member during a briefing to the Economic and Social Council (ECOSOC) that currently 34 countries have reported the Zika virus, mostly in the Americas and Caribbean, and seven reported an increase in cases of microcephaly.

She said that Brazil has registered more than 4,700 suspected cases of microcephaly, a quarter were only studied for the moment, while the average number of microcephaly every year until then was of 163 cases. "The increase we see now is definitely a source of serious concern," she added.

In his remarks, ECOSOC President Oh Joon recalled that on 1 February, based on recommendations of the International Health Regulations Emergency Committee, WHO declared the increasing cases of neonatal and neurological disorders, amid the growing Zika outbreak in the Americas, a public health emergency.

“We know that Zika is a virus transmitted by the Aedes mosquito. It was first discovered in 1947 in the Zika forest of Uganda. The health threat associated with the Zika Virus disease in Latin America and the Caribbean is very real,” he said, adding that the rise of microcephaly cases and other neurological disorders in the affected regions is extremely worrying.

All this raises the question of preparedness of health systems and institutions to respond to the needs of infected women and men, children born with microcephaly, and their families, especially their mothers, he underscored.

Recalling that over the years, ECOSOC convened special meetings to address global public health emergencies and promote a coordinated strategic response to, among others the outbreak of severe acute respiratory syndrome (SARS) in 2003, avian flu in 2005 and Ebola in 2014, Mr. Oh said: We have learned from the past outbreaks that health emergencies have economic and social implications.”

Indeed, he continued, governments can experience fiscal deficits due to increased expenditures on healthcare and social protection programmes. Labour productivity can decrease if workers fall sick or need to care for sick family members. Women, who are the most vulnerable, shoulder the caregiving for sick family members, he added. 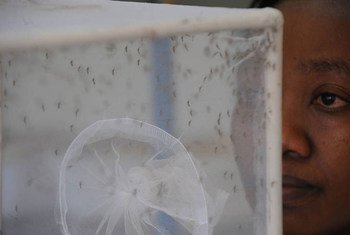 9 February 2016
Under the lead of the World Health Organization (WHO), the United Nations system, including the UN Food and Agriculture Organization (FAO), is mobilizing a coordinated response to Zika aimed at minimizing the threat in affected countries and reducing the risk of further international spread.