Humanitarian action must address the concerns of young people, who should be mobilized and empowered to effect lasting change, United Nations Secretary-General Ban Ki-moon told students at McGill University in Montreal earlier today, as part of a three-day visit to Canada.

Speaking to political science, law and international students at an event on “Threats and Opportunities: The power of young people to shape a new future,” the UN chief stressed that young people are at the nexus of the world's greatest hopes as well as worst problems.

“You are not here at McGill just for yourselves, but for our common future,” Mr. Ban said.

“I call on you to give back as a global citizen. Rise to the challenges of your generation,” he added.

Noting that among the best advice he ever received was the essence of how to balance idealism and realism, the UN chief recalled that in the late 1950s, his middle school principal told him: “Keep your head above the clouds and your feet firmly planted on the ground – then advance step by step.”

That has been his approach at the United Nations, he said, where the international community defends “high ideals against tough realities.” 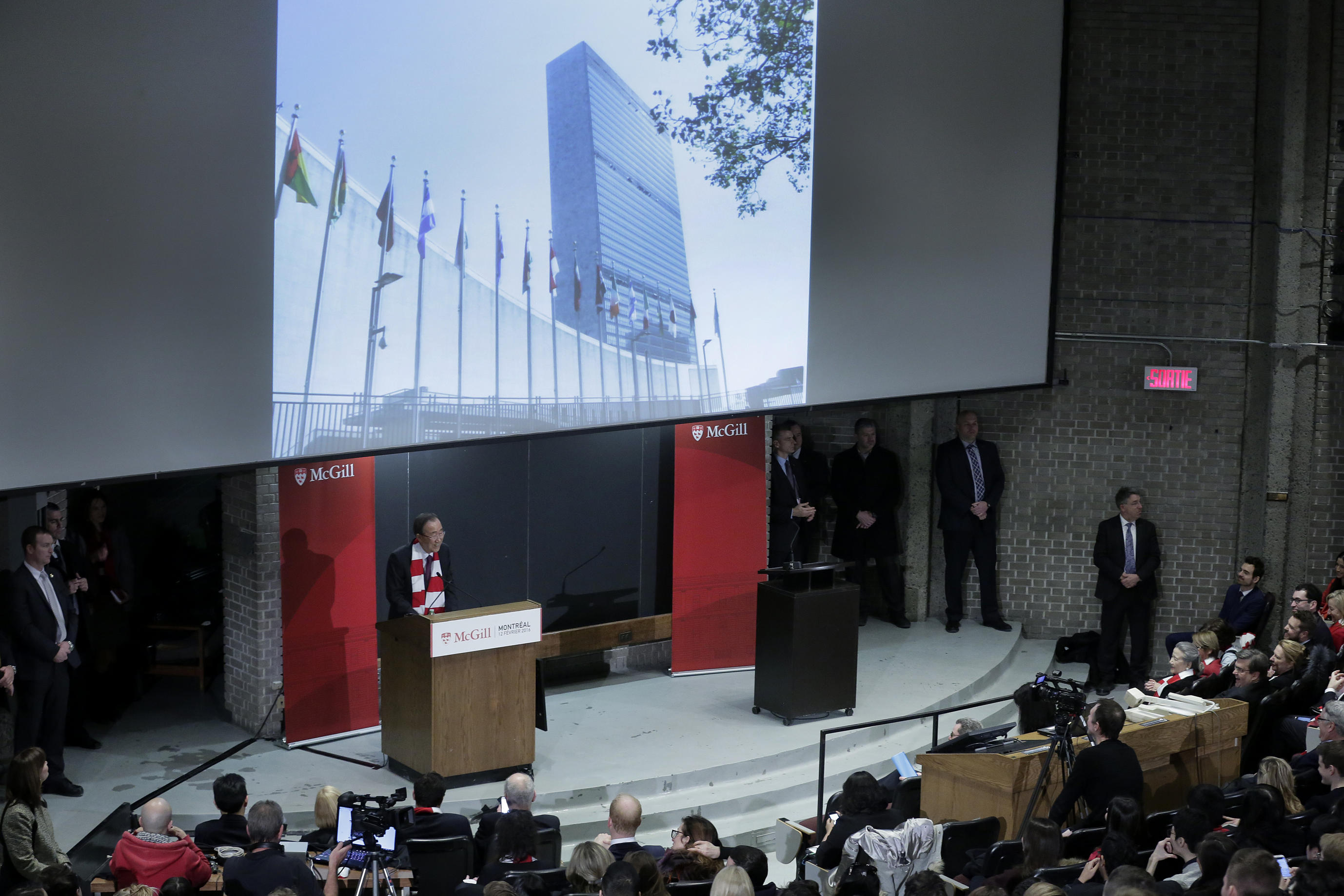 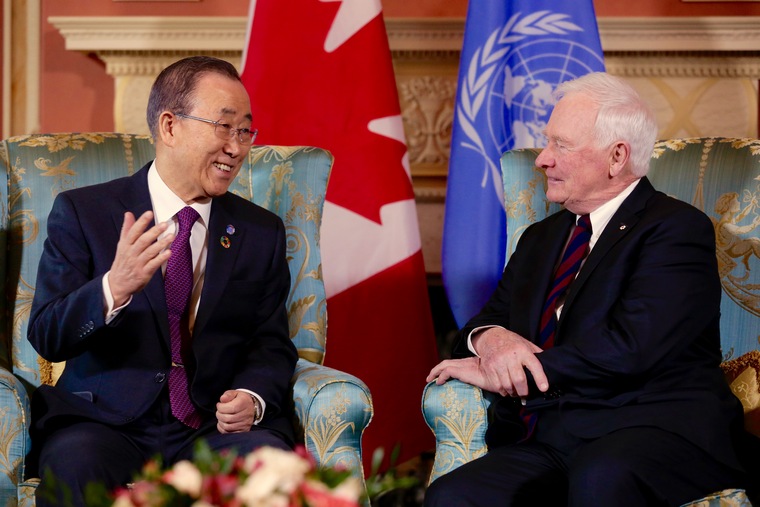 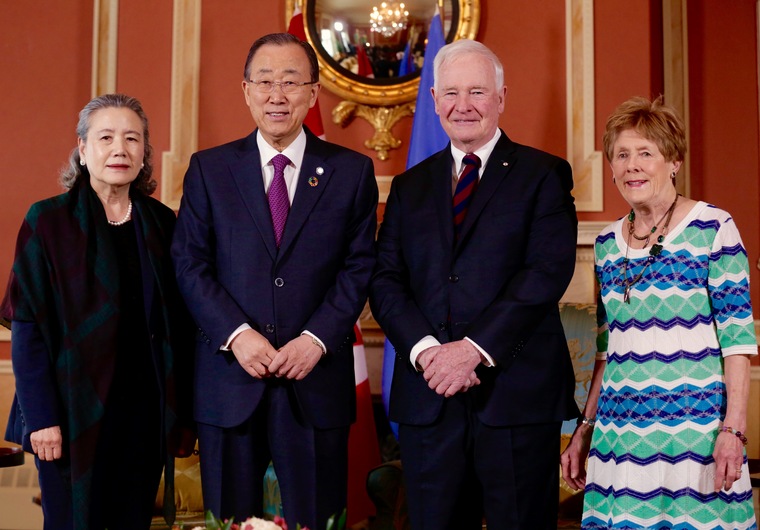 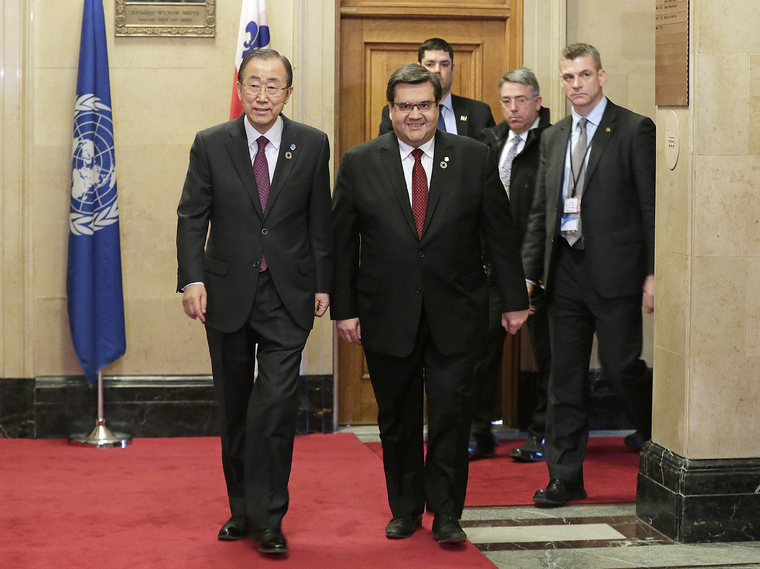 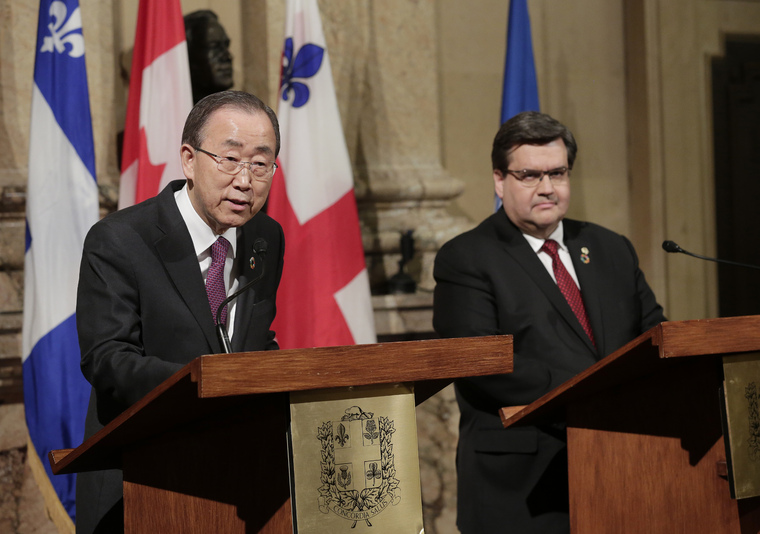 Turning to the issues of unemployment, climate change, armed conflict and humanitarian crises, Mr. Ban pointed to the four global responses on the part of the UN and its partners – namely, the

Encouraging students to help turn those ideals into actions, Mr. Ban stressed the necessity of investing in youth, and working with them for a new future.

“We have to put young people in influential positions,” he said, referencing his 2013 appointment of the first-ever Envoy on Youth at the UN, Ahmad Alhendawi, when he was 28 years old.

Turning to sustainable development, the Secretary-General said that young people can hold their governments accountable and, as consumers, innovators and voters, can continue to lead on climate action.

“You can invest in green solutions, invent new technologies, and elect leaders who are committed to climate action,” he stressed. “You can be the entrepreneurs who do more than fill jobs – because you create them.”