The analysis found that 98.6 million people were affected by disasters in 2015, and that climate – often aided by a strong El Niño phenomenon – was a factor in 92 per cent of those events. The disasters having the greatest impact were the 32 major droughts recorded throughout the year, which amounted to more than double the 10-year annual average and affected 50.5 million people.

“The main message from this trends analysis is that reducing greenhouse gases and adapting to climate change is vital for countries seeking to reduce disaster risk now and in the future, said Robert Glasser, the Secretary-General's Special Representative for Disaster Risk Reduction and head of UNISDR, in a press statement.

The analysis also found that the five countries hit by the highest number of disasters in 2015 are China, with 26 disasters; USA, with 22; India, with 19; Philippines, with 15; and Indonesia, with 11.

UNISDR noted that following droughts, floods had the second-greatest impact in 2015, with 152 floods affecting 27.5 million people and claiming 3,310 lives. This compares with the 10-year average of 5,938 deaths and 85.1 million people affected.

In addition, Asia and the Pacific in particular bore the brunt of the 90 storms reported this past year, which included 48 cyclone-strength storms, attributable to rising sea levels and sea surface temperatures. Globally, storms resulted in 996 deaths and affected 10.6 million people in 2015, compared with a 10-year average of 17,778 deaths and 34.9 million people affected.

“National disaster management agencies in Asia are doing good work in reducing death tolls from storms through early warnings and timely evacuations, especially in the Philippines, China, Japan and the small island states of the Pacific,” Mr. Glasser noted.

According to preliminary data from the Belgian-based Centre for Research on the Epidemiology of Disasters (CRED), which also compiled the analysis, the death toll from 346 major reported disasters this past year was 22,773 – including 8,831 deaths from the Nepal earthquake.

Noting that the overall disaster mortality for 2015 was down on the 10-year average of 76,424 deaths, CRED Director Debarati Guha-Sapir emphasized that early warnings are having an impact in the case of storms.

“Further investment in this area is warranted by these numbers,” she said.

Ms. Guha-Sapir also noted that extreme temperatures – mostly heatwaves – were severe in 2015, leading to the hottest year on record and contributing to a combined total of 7,346 deaths that affected 1.2 million people, particularly in France, India and Pakistan. This compares with the 10-year average of 7,232 deaths and 8.7 million affected.

“Mortality from extreme temperatures are very under-estimated and need better evaluation of their impact,” she stressed.

Other statistics from the analysis for 2015 include: earthquakes and tsunamis killed 9,525 people (including Nepal) and affected 7.2 million; landslides, triggered by heavy rains, killed 1,369 people and affected 50,332; and wildfires took 66 lives and affected almost 495,000 people. 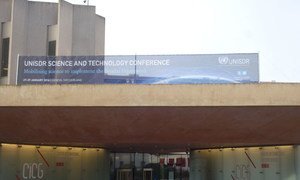 On the eve of the first-ever gathering of scientists to discuss disaster risk management, the head of the United Nations office tasked with synergizing disaster reduction activities emphasized today the importance of government leaders and decision makers’ attention to the role of science in lowering the exposure to extreme disaster events and promoting sustainable development.