“It’s about the toughest job any human being could be given” – that is how David Nabarro, the Secretary-General’s Special Adviser on the 2030 Agenda for Sustainable Development, describes the task the United Nations chief entrusted to him last month.

And Dr. Nabarro knows something about tough jobs encountered during his 30 years of experience in public health, nutrition and development work at country, regional and global levels in positions in non-governmental organizations, universities, national governments and the UN system.

He was Senior UN Coordinator for Avian and Pandemic Influenza from 2005 to 2014, at a time when many feared a global explosion of the disease; coordinator of the UN High-Level Task Force on Global Food Security from 2009 to 2014, dealing with the perennial problem of feeding the hungry; and most recently Senior UN Coordinator on Ebola, which killed more than 11,400 lives in West Africa.

Now the London-born UN veteran is facing his widest-ranging task yet – to mobilize efforts to achieve the 17 Sustainable Development Goals (SDGs) that make up the 2030 Agenda.

UN Special Adviser David Nabarro explains why the 17 goals that make up the 2030 Agenda for Sustainable Development are so critical. Credit: United Nations

“My job is to try and help make sure that that gets put in place quickly,” Mr. Nabarro said in a recent interview with the UN News Service.

Asked which area required the most progress, he said the SDGs formed a complex whole that require equal progress on all fronts.

“The 17 Goals represent an indivisible tapestry of thinking and action that applies in every community, everywhere in the world,” he stressed. “They are universal. But they’re also indivisible and that means that we really do not believe that any one goal should be separated out from the others.

“And as you study them, you realize that although they’re presented as individual goals, they actually represent a total and completely intertwined lattice of action that is relevant for every human being everywhere.” 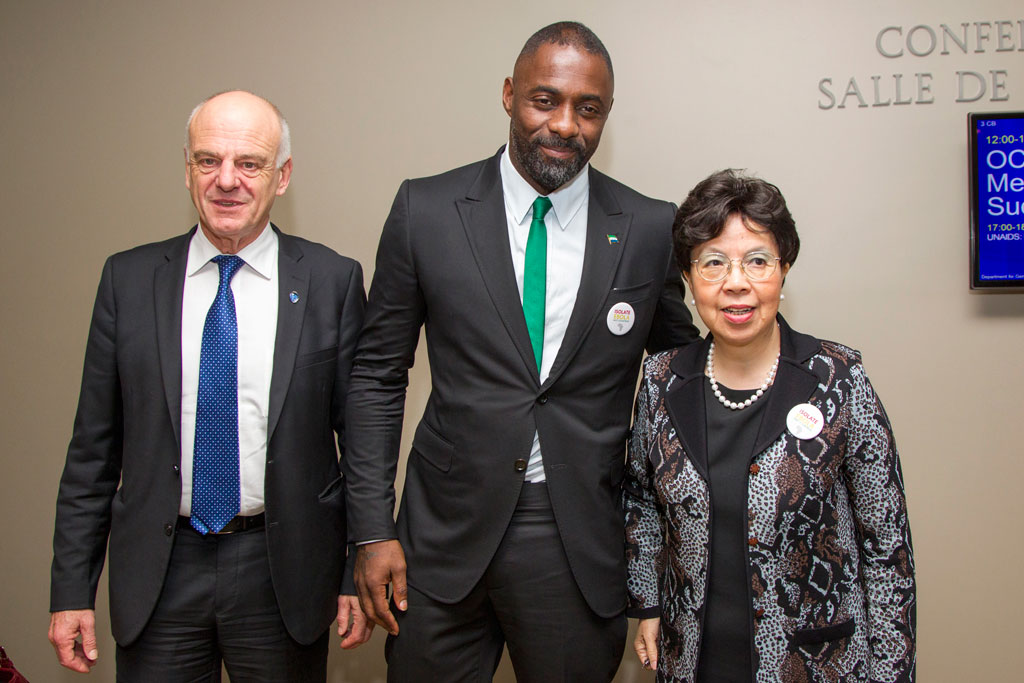 UN Special Envoy on Ebola David Nabarro (left) and Margaret Chan, Director-General of the World Health Organization (right), were joined by actor Idris Elba at a high-level meeting on the response to the Ebola outbreak held in September 2014. UN Photo/Rick Bajornas

Mr. Nabarro said he looks to the countries that themselves developed and adopted the SDGs at last September’s UN summit to make sure that implementation takes place in a comprehensive way, to businesses and civil society organizations to fully support the Goals, and to the entire UN system to ensure implementation.

“I can’t do it all myself so it’s all done working through others, on behalf of the Secretary-General, helping him to work out where he should concentrate his attention,” he added.

♦ Receive daily updates directly in your inbox - Subscribe here to a topic.
♦ Download the UN News app for your iOS or Android devices.
sustainable development|SDGs

The United Nations Secretary-General, Ban Ki-moon today announced the appointment of David Nabarro of the United Kingdom as Special Adviser on the 2030 Agenda for Sustainable Development.