Twenty countries in the Americas and about 10 in Africa, Asia and the Pacific have reported cases of the mosquito-borne Zika virus infection according to information delivered today by the UN World Health Organization (WHO).

“Most are reporting sporadic cases but we have larger outbreaks in Brazil, in Colombia, in El Salvador, in Panama and in Cape Verde,” WHO Spokesperson Christian Lindmeier told reporters in Geneva.

“Microcephaly cases which have occurred now recently in Brazil stand at 3,893 reported suspected cases, with 49 deaths in 20 states of Brazil, and we have that one case reported out of Hawaii, an earlier traveller to Brazil,” he added, noting that the link between Zika and microcephaly is still being investigated.

According to WHO, teams are working with Brazil and other countries, including French Polynesia, where a larger outbreak of Zika virus hit in 2013 and 2014, attacking the nervous system of several patients.

Zika comes from the same mosquito that transmits dengue, yellow fever, and chikungunya. WHO is highlighting that the best prevention measures include long sleeves and trousers, insect repellents and sleeping under mosquito nets. Countries are reportedly also doing their best to eliminate the breeding grounds for mosquitos.

At this point, no specific travel advisory has been issued by WHO, but national centres could issue travel advice to their own nationals, based on the evidence they have.

An expert is expected to brief reporters next week at UN headquarters in Geneva.

♦ Receive daily updates directly in your inbox - Subscribe here to a topic.
♦ Download the UN News app for your iOS or Android devices.
Mosquito 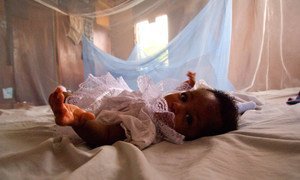 The world is making “significant progress” toward malaria elimination with prevention and treatment efforts saving more than 660 million lives and $900 million in case management costs since 2001, the World Health Organization (WHO) has reported.