18 January 2016
Nearly a decade after the UN Human Rights Committee agreed that a Peruvian woman’s rights were violated for having been denied an abortion – and recommended that the Government compensate her – the UN human rights office announced today that Peru has said it will pay compensation for having refused her access to a legal medical procedure.

In 2001, a 17-year-old Peruvian girl, named ‘K.L.,’ was 14 weeks pregnant when doctors at the public hospital in Lima diagnosed the foetus with anencephaly. Anencephaly is a fatal birth defect, where the foetus lacks most or all of the forebrain. Doctors told her that continuing the pregnancy would put her life and health at risk. She was recommended to have an abortion.

Abortion was legal in Peru for such reasons, but the hospital refused termination on the grounds that the State had not provided clear regulations for providing the service. K.L. was forced to carry the pregnancy to full term and breast feed the baby for the four days that it lived. According to the Office of the High Commissioner for Human Rights (OHCHR), it was a decision that went on to have serious mental and physical consequences on her health.

In 2005, a complaint was filed with the UN Human Rights Committee, stating that by denying K.L. access to a legal medical procedure her human rights were violated. The Committee agreed, and recommended that Peru pay compensation to K.L. Now, nearly a decade later, the Peruvian Government has agreed to pay compensation.

When the Committee made its decision, it marked the first time that a UN human rights body held a government accountable for failing to ensure access to legal abortion services. The Committee stated that Peru had violated the victim’s rights under several articles of the International Covenant on Civil and Political Rights (ICCPR) including the right to an effective remedy, prohibition on torture and cruel, inhuman and degrading treatment, right to private life and right of minors to measures of protection.

“Of course, it would have been better had she not had to wait a decade to obtain it, but the important thing is that the wrong done to her has now been formally acknowledged,” said Sir Nigel Rodley, a current committee member who was part of the Committee that handed down the 2005 recommendation, in a news release.

Another committee chairman, Fabián Salvioli, said it is important for States to comply with decisions adopted by the Committee. “When a State complies with a ruling of the Committee, it is honouring its obligations and providing hope to the rest of the victims involved in cases before the Committee,” he said. “States must comply with their human rights obligations under the Covenant, because that would contribute to create fairer societies.”

K.L.’s case was brought to the Committee by the Centre for Reproductive Rights, the Latin American and Caribbean Committee for the Defence of Women’s Rights and the Counselling Centre for the Defence of Women’s Rights. In a press statement issued soon after the agreement by Peru in December, Centre for Reproductive Rights Chief Executive Officer Nancy Northrup said that while the decision to compensate K.L. was important, more needs to be done regarding access to reproductive health services.

“It’s time for Peru to clarify and implement its safe abortion guidelines and continue improving access to critical reproductive health services for all women and girls,” she stated. 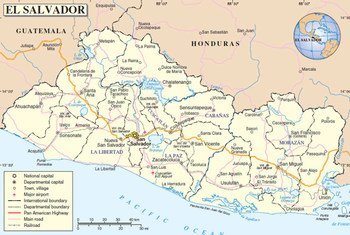