Welcoming today’s agreement between Japan and the Republic of Korea (ROK) on the issues related to “comfort women,” United Nations Secretary-General Ban Ki-moon urged the two countries to look to the future in their relationships while still recognizing history.

“The Secretary-General hopes that the agreement will contribute to improving the bilateral relationship between the two countries,” said a statement issued by his spokesperson, referring to the accord reached at a bilateral Foreign Ministers meeting held in Seoul.

“He appreciates President Park Geun-hye of the Republic of Korea and Prime Minister Shinzo Abe of Japan for their leadership and vision for the betterment of the relationship between the two countries as reflected in an earlier agreement at the bilateral summit on 2 November.”

Mr. Ban also stressed the importance of the countries in north-east Asia building “a future- oriented relationship, based on the recognition of history,” the statement added.

In August last year, then UN High Commissioner for Human Rights Navi Pillay voiced profound regret that Japan had not provided effective redress to victims of wartime sexual slavery leading back to the end of the Second World War.

She said in a statement that Japan “has failed to pursue a comprehensive, impartial and lasting resolution” to address the rights of so-called “comfort women.”

The agreement reached by the two sides reportedly involves an official apology from Japan and a promised payment of $8.3 million for the victims. 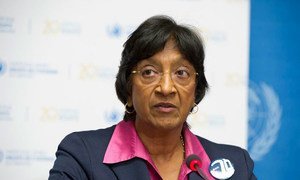 The United Nations human rights chief today expressed profound regret that Japan has not provided effective redress to victims of wartime sexual slavery leading back to the end of the Second World War.