At the United Nations climate change conference (COP21) today, Secretary-General Ban Ki-moon announced that a broad group of organizations will partner in 2016 to maintain momentum for multi-stakeholder climate implementation.

United Nations Secretary-General Ban Ki-moon announced today at the UN climate change conference (COP21) that a broad group of organizations will partner in 2016 to maintain momentum for multi-stakeholder climate implementation.

“I am heartened by the significant and growing coalitions that are emerging to tackle the challenges of climate change and realize new opportunities,” Mr. Ban underlined at the global event taking place in Paris, on a day dubbed “Action Day.”

“I am pleased to be joined by so many key partners to scale climate action efforts and make them sustainable,” he added.

The Secretary-General, joined by groups such as the World Bank, the Global Environment Facility and the Compact of Mayors, and individuals including Michael Bloomberg – the UN Secretary-General's Special Envoy for Cities and Climate Change – will co-sponsor a “Climate Action 2016” summit of leaders from government, business, cities and localities, civil society and academia next 5 and 6 May in Washington, D.C.

According to a press release issued by the UN Framework Convention on Climate Change (UNFCCC) – the organizer of the conference – this high-level gathering will complement ongoing implementation efforts and catalyze actionable, concrete deliverables in specific high-value areas, including: cities; land use; resilience; energy; transport; tools for decision makers; and finance.

"[The summit will] show that the things that were talked here in Paris are actually happening on the ground,” Bob Orr, a Special Adviser to the Secretary-General on climate change, told the UN News Centre in an interview.

“The number and the depth of the coalitions that are organized to deliver action on climate whether through forestry, through industry, through cities, all the different channels need to move forward as far and as fast as they can," he added. "So the Secretary-General is not only ensuring we have this robust universal agreement, but that we have the coalition in the field to deliver the goods.”

Mr. Orr noted that the meeting is taking place in the United States' capital as all the partners joining the Secretary-General at the 2016 summit agreed that Washington, D.C. is the “best stop” as it is home to a number of important international institutions and financing vehicles.

Meanwhile, the world's attention is turned towards the Paris-Le Bourget site north-east of the French capital, where government representatives have been meeting since Monday to reach a new universal climate agreement to limit global temperature rise to below two degrees Celsius. 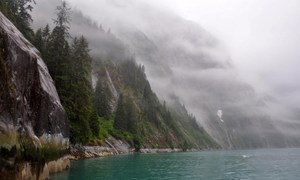