@ Cities4Climate
Anne Hidalgo, Mayor of the City of Paris and Michael R. Bloomberg, the UN Secretary-Generals Special Envoy for Cities and Climate Change, co-host the Climate Summit for Local Leaders on the margins of the UN climate change conference. 4 December 2015.
4 December 2015

“Your efforts enable your citizens to reduce their carbon footprint, breathe cleaner air and live more healthy lives,” Mr. Ban told mayors and local leaders from all regions of the world during an event of the Climate Summit for Local Leaders, taking place on the margins of the UN climate change conference (COP21).

Since the beginning of the week, governments have been meeting to adopt what is hoped will be an ambitious global climate change agreement to limit global temperature rise to below two degrees Celsius. The UN chief said mayors and local leaders “are essential to this effort.”

“You know, from the ground up, how important it is to translate words into action,” he told them. “Your example can inspire national governments to act more boldly.”

The UN chief is also underlining that the recommendations of The State of City Climate Finance can help unlock the capital needed to make major investments for climate action in cities: “We know these solutions can work – they just need to be scaled up. I urge governments, banks and the international community to act on these practical recommendations.” 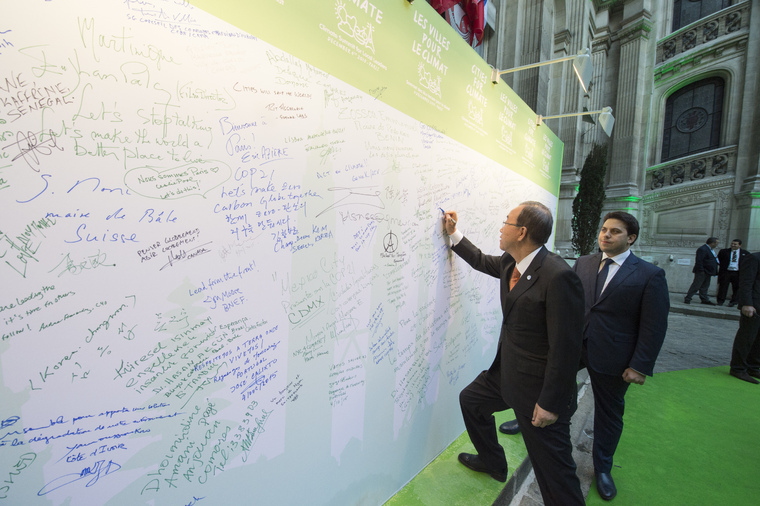 Secretary-General Ban Ki-moon adds his name to those of the participants of the Climate Summit for Local Leaders, taking place on the margins of the UN Climate Change Conference in Paris (COP21). UN Photo/Eskinder Debebe 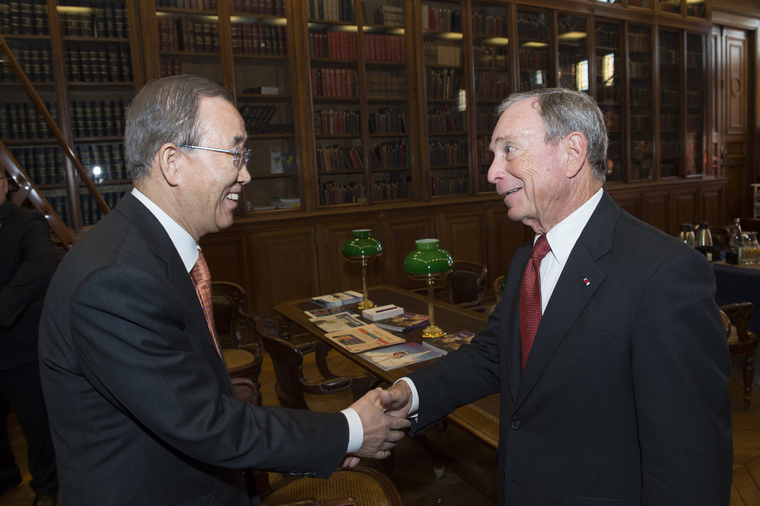 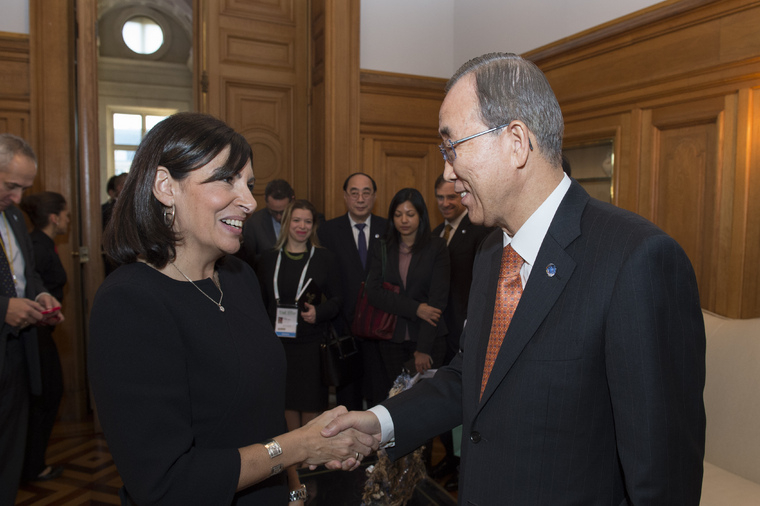 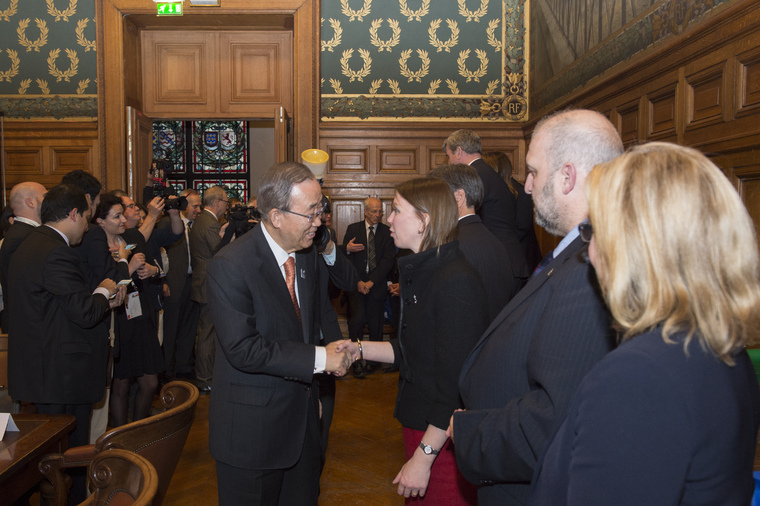 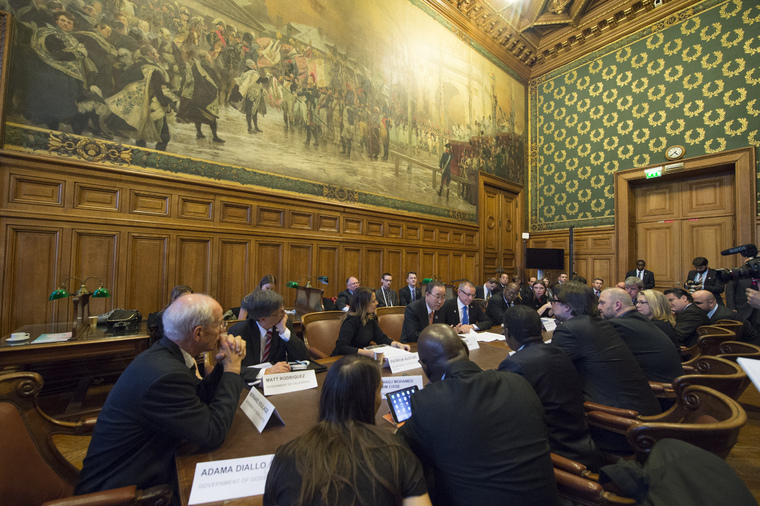 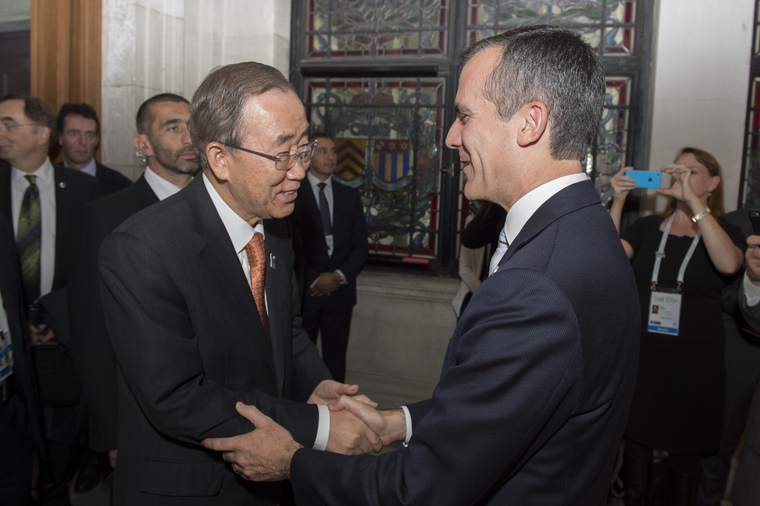 The report makes five recommendations for mobilizing investment in low-emission, climate-resilient urban infrastructure. It analyzes the obstacles that many cities face in obtaining the financing they need, including uncertainty over regulatory and tax policies, lack of expertise in project development, lack of control over infrastructure planning, high transaction costs and lack of proven funding models at the city and regional level.

According to the UN, urban areas account for over 70 per cent of energy-related CO2 emissions, and the world’s cities produce almost half of all global greenhouse gas emissions. Cities are also on the front lines of climate impacts and urgently need to build resilience, with more than 80 per cent of the overall annual global costs of adaption to climate change estimated to be borne by urban areas, according to the World Bank.

“There is no way that we get to two degrees or to 1.5 degrees without building and living in, and transporting ourselves around cities in a very different way than we do today,” Rachel Kyte, the World Bank Group’s Special Envoy for Climate Change, told the UN News Centre in an interview.

“At the same time cities are growing. In the next 30 years another two billion people will move into cities, and so we have to find a way to help cities get the financing necessary to become livable, green, clean, competitive, job-rich cities,” she added.

The study, which led to the report, was issued by the Cities Climate Finance Leadership Alliance, a coalition of over 40 banks, governments and civil society organizations launched by Mr. Ban at the Climate Summit he convened in September 2014 in New York.

The aim of the Alliance is to accelerate investment in low-emission, climate resilient infrastructure in cities, and to close the investment gap in urban areas over the next fifteen years. Alliance members are now reportedly working on a plan to help translate the report recommendations into action.

Earlier today, the Secretary-General gave opening remarks at a “Compact of States and Regions” event, a group which was also launched just over a year ago. Mr. Ban said the world needs “more Governors, Premiers and Chief Ministers to invest in low-emission and climate-resilient development.”

“Today, the Compact is launching a new global initiative called Regions Adapt in which its members commit to develop climate adaptation plans and report on their progress,” he explained. “Then there is the Under2MOU. In this, 57 state and regional leaders have raised the bar still further. They are committing to reduce emissions by 80 per cent by 2050.”

Mr. Ban noted that “it could be a game changer” and described this commitment as one of the most ambitious ones made to date from states and provinces worldwide.