With Ethiopia experiencing its worst drought in decades the United Nations is reporting deepening food insecurity and “severe emaciation and unusual livestock deaths” as the Organization's humanitarian wing has allocated $17 million in emergency funding to help the Government tackle climate challenges and ensure timely food relief.

A recent report published by the Food and Agriculture Organization (FAO) warned that severe drought, driven by the El Niño phenomenon, has not only caused livestock deaths especially in pastoral areas, but it has also deteriorated food security conditions in recent months, as food insecure people have almost doubled from August to October this year.

While cereal prices dropped last month thanks to the carryover stocks from previous year, the report also indicated the soaring prices of dairy and vegetables, as a result of food inflation.

Meanwhile, the UN Office for the Coordination of Humanitarian Affairs (OCHA) allocated $17 million last week from the UN Central Emergency Response Fund (CERF), aiming to reach those in the areas hard-hit by the drought with immediate food assistance and relief.

“A timely response to the emergency is critical,” said Stephen O'Brien, Under-Secretary-General for Humanitarian Affairs and Emergency Relief Coordinator, warning that “if we don't act today, we face an even graver situation tomorrow, with more immense needs in 2016.”

This emergency funding will be provided to the UN World Food Programme (WFP), for supporting some 1.37 million Ethiopians with food, and providing specialized nutritional supplements to 164,000 malnourished women and children.

Some 8.2 million people currently need emergency food assistance – up almost 3 times compared to last year – and the number will likely double at the start of 2016, according to the Ethiopian Government.

The CERF pools donor contributions in a single fund so that money is available to start or continue urgent relief work anywhere in the world. Since its inception in 2006, 125 UN Member States and dozens of private-sector donors and regional Governments have contributed to the Fund. In 2015, CERF has allocated over $27 million to support humanitarian operations in Ethiopia. 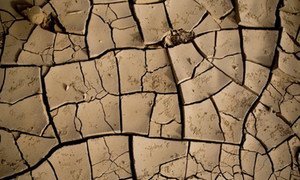 Ethiopia is experiencing its worst drought in 30 years according to the United Nations, with levels of acute need across all humanitarian sectors having already exceeded levels seen in the Horn of Africa drought of 2011, and which are projected to become far more severe in 2016.