While recognizing Israel’s “serious security challenges,” a senior United Nations official today called its punitive demolition of the homes of alleged attackers “inherently unjust” and against international law, noting that 20 Palestinians, eight of them children, were made homeless in the past three days.

“I am distressed by reports of punitive demolitions carried out by Israeli security forces of five homes in the Jerusalem, Nablus, and Ramallah governorates in the last few days,” Robert Piper, the UN Coordinator for Humanitarian Aid and Development Activities in the Occupied Palestinian Territory, said in a statement, noting that two Palestinians were reported killed and nine others injured in clashes today protesting against the demolition.

In operations to “deter others,” the family homes of five alleged perpetrators of attacks against Israelis in 2015 have been demolished by Israeli security forces since 14 November. At least nine additional adjacent apartments have been damaged and rendered unsafe. The deaths and injuries occurred during the most recent operation this morning in Qalandiya refugee camp.

“We recognize Israel’s serious security challenges today, but any law enforcement response must be consistent with international law,” Mr. Piper said. Punitive demolitions are inherently unjust, punishing innocent people for the acts of others.”

According to the statement, punitive demolitions are a form of collective penalty as they effectively punish not only the alleged perpetrators but also relatives, neighbours for acts they have not committed. Collective penalties are prohibited under international law.

The policy was suspended by the Israeli Government in 2005 after a military committee deemed it ineffective as a deterrent. Such actions have restarted since mid-2014, with the exception of one case in 2009.

Since 1 June 2014, the Israeli authorities have demolished, sealed or destroyed with explosives 16 structures, displacing 90 Palestinians, including 51 children, according to UN. In addition, at least 12 adjacent apartments were damaged, temporarily displacing at least 55 people.

In a related development, two UN experts today voiced grave concern over continuing violence in the Occupied Palestinian territory and Israel, noting individual Palestinian attacks against Israelis and reported excessive force by Israelis when apprehending Palestinian suspects “including some which appear to amount to summary executions.”

They called on Israeli authorities to carry out “independent, thorough, prompt and impartial investigations into all suspected cases of extra-judicial, arbitrary and summary executions, and to provide compensation to the victims or their families.”

Makarim Wibisono and Christof Heyns, UN Special Rapporteurs on the situation of human rights in the Occupied Palestinian Territory and on summary executions respectively, called for strict compliance with international law, noting the alleged shooting death of a Palestinian during an undercover arrest operation in a Hebron hospital last week.

“The current escalation of violence with individual attacks by Palestinians against Israelis, excessive use of force by Israeli forces when apprehending Palestinian suspects of alleged attacks and in the context of clashes, as well as violent attacks by settlers against Palestinians, is occurring within the existing context of policies and practices under the longstanding Israeli occupation which entail violations of Palestinian human rights and raise tensions,” the experts noted.

“In such a climate one would expect the leaders to make public calls to stop the carnage.”

Mr. Wibisono voiced particular concern at the high level of clashes in the occupied West Bank city of Hebron, where Palestinians live in close proximity to a large settler population.

“It is sadly a predictable flashpoint, but I strongly reiterate that Israeli security forces must abide by international standards on use of force,” he stressed. “In addition, there must not be impunity for settler violence”.

The experts welcomed the reported clarification by Israeli Attorney General Yehuda Weinstein to the effect that Israeli security forces are prohibited from firing at a suspected assailant unless an immediate danger to human life cannot otherwise be prevented and that the use of fire must be proportional to the threat.

“This is an important statement as the rhetoric used by certain Israeli politicians and senior members of the police seems to suggest otherwise,” Mr. Heyns said. “International law allows the use of lethal force only where it is absolutely necessary - a last measure - to protect life. All uses of firearms should be considered potentially lethal.” 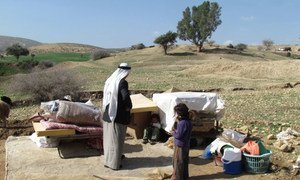 The “punitive demolition” of Palestinian homes by Israeli authorities is a violation of the most basic human rights and risks destabilizing an already delicate security situation in the contested region, a senior United Nations relief official today said today as he implored Israel to halt the destructive practice.