UNSMIL (file)
A girl looks out of her house window in Benghazi, Libya.
16 November 2015

Libya continues to be embroiled in political strife and deadly violence – with all parties committing possible war crimes amid multiple armed conflicts affecting several regions and contributing to a general breakdown of law and order, according to a new United Nations human rights report released today.

All parties in Libya “appear to be committing violations of international humanitarian law, including those that may amount to war crimes” as well as “gross violations or abuses of international human rights law,” said a press release on the report, which was published jointly by the UN Support Mission in Libya (UNSMIL) and the Office of the UN High Commissioner for Human Rights (OHCHR).

Between 1 January and 31 October, the report documented serious abuses and violations of international law that included indiscriminate shelling, abduction of civilians, torture and executions as well as deliberate destruction of property. In particular, it laid bare the abuses faced by vulnerable civilians, such as internally displaced people, human rights defenders, migrants, asylum seekers and refugees.

“Across Libya, warring factions showed little regard for avoiding or minimizing loss of civilian life, injury to civilians and damage to civilian objects,” said the report. In several regions of the country, the violence led to hundreds of deaths, mass displacement and humanitarian crises.

In what seemed to be retaliation for owners' actual or perceived political allegiances, rival armed groups looted, burned or otherwise destroyed homes and property. They also continued to abduct civilians, based on family links, origin or political affiliation.

Detainees were vulnerable to torture and other ill-treatment, which sometimes led to death in custody – carried out with impunity. Documented methods of torture included beatings, suspension in stress positions, electric shocks and sleep deprivation, said the report, adding that abductees were frequently denied contact with their families.

Against the backdrop of infighting and the breakdown of law and order, groups that pledged allegiance to the so-called Islamic State in Iraq and the Levant (ISIL) committed gross abuses over swathes of territory it controlled, including public summary executions based on religion or political allegiance. The report also documented cruel punishments carried out by these groups, such as amputations and flogging.

Refugees, asylum-seekers and migrants, particularly from sub-Saharan Africa, were increasingly vulnerable to killing, inhumane detention, torture, kidnapping and exploitation. Some were taken by armed groups in apparent retaliation for actions taken by the governments of their countries of origin.

“Many migrants, asylum-seekers and refugees become victims of brutal violence, coercion and abuse perpetrated by smugglers along smuggling routes, as well as in so-called 'connection houses', where they await departure to Europe. Many reported torture intended to extract more money from their families, in what appeared to be coordinated action from criminal gangs based in countries of origin as well as transit,” said the report.

“A number of migrants and asylum seekers who remained in 'connection houses' said they were given little food for the purpose of making travellers lose weight… Some also reported that women were taken away at night and sexually abused.”

Due to ongoing fighting and insecurity, the justice system continued to be severely hampered. The report noted that thousands of individuals were held in prisons and other detention centres under the oversight of the Ministries of Justice, Defense and Interior as well as in facilities run directly by armed groups – amid frequent reports of torture or other ill-treatment.

“The justice system, where it was functioning, failed to ensure accountability, while abuses by armed groups continue to take place with impunity,” noted the report, adding that in several parts of the country, judges, prosecutors and law enforcement officials faced threats and attacks in relation to their work, including detention and assassination.

As intolerance for criticism of those in de facto control of a region grew, human rights defenders, journalists and civil society activists were targeted, assaulted, abducted and threatened with death. In the past two weeks, some eight media workers were attacked, as at least one remained in arbitrary detention.

The report also documented the shelling of medical facilities, with medical professionals caught up in the violence, abducted or detained by different actors. Some were allegedly tortured and ill-treated. For instance, on at least four occasions between April and July, the Benghazi Medical Centre, the largest functioning hospital in city, was shelled.

“Medical professionals and other hospital staff across Libya complained of a general climate of insecurity, with armed men forcibly entering and engaging in armed skirmishes inside hospital premises, as well as threatening staff,” the report stated.

The report called on all those with effective control on the ground to immediately take action to stop acts in breach of international human rights and humanitarian law, stating that those involved in such infractions were criminally liable, including before the International Criminal Court, under which the situation in Libya continued to be investigated.

The report also warned that abuses and violence would continue unless a political settlement based on respect for human rights and the rule of law was reached without delay. 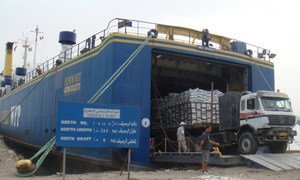