The United Nations World Food Programme (WFP) today launched a free app that will allow smartphone users worldwide to feed hungry children with a tap on their screens.

The United Nations World Food Programme (WFP) today launched a free app that will allow smartphone users worldwide to feed hungry children with a tap on their screens.

The ShareTheMeal app, developed by WFP, will let users virtually “share” their meals with a Syrian refugee. Users can participate whenever they want and wherever they are; while having dinner with friends or eating lunch at the office. 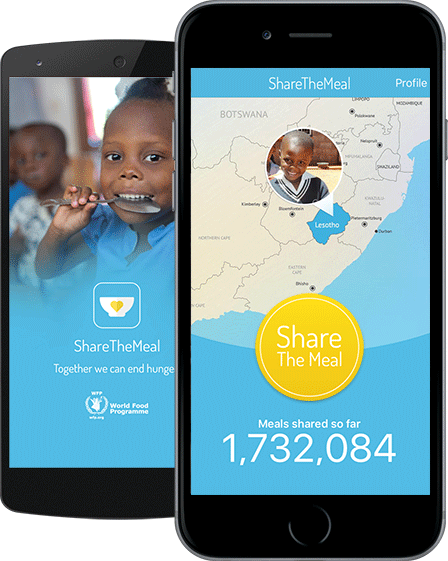 In the statement, WFP explained that even a donation as small as 0.50 cents will provide a child with vital nutrition for a day. All contributions will benefit Syrian refugee children in Jordan who are part of WFP’s school meals programme.

WFP believes the potential of ShareTheMeal is enormous, as worldwide there are 20 times as many smartphone users as there are hungry children. Based on tests launched in some European countries this past June, some 120,000 users provided more than 1.7 million meals for schoolchildren in the southern African country of Lesotho.“With the global launch, smartphone users in many countries across the world can support hungry children,” said Sebastian Stricker, who founded ShareTheMeal.

WFP announced that this free app will be available for iOS and Android from 12 November, today, in app stores worldwide and at this link. It only takes 30 seconds to register and users can start sharing meals with hungry children and follow the impact of their donations.

How can you change the world with just US $ 0.50?. Credit: ShareTheMeal 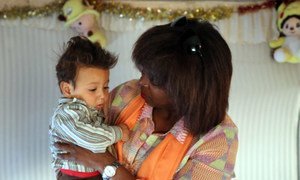 The head of United Nations World Food Programme (WFP) called today on the international community to continue supporting Syrian refugees displaced in neighboring countries, appealing to the world “not to forget” the crisis and to provide the agency the means to meet their needs.