IGF
Flag raising ceremony at the Conference Center in João Pessoa, the capital of the state of Paraíba in Brazil, for the 10th Internet Governance Forum (IGF).
10 November 2015

To cover the “breadth and depth” of the recently adopted Sustainable Development Goals, the potential of the data revolution must be explored through the use of new and non-traditional sources of data, United Nations Secretary-General Ban Ki-moon stressed at the 10th annual Internet Governance Forum (IGF), which opened today in João Pessoa, Brazil.

“Less than two months ago, world leaders adopted the visionary 2030 Agenda for Sustainable Development. Our challenge now is to implement this blueprint for a better future. Information and communications technologies and the Internet can empower this global undertaking,” said Mr. Ban in his remarks at the Forum, delivered by UN Assistant Secretary-General for Economic Development, Department of Economic and Social Affairs Lenni Montiel.

Mr. Ban observed that there are several challenges in implementing the Sustainable Development Agenda, including large digital divides.

“People living in poverty, women and girls, children, persons with disabilities, older persons, indigenous peoples and marginalized, vulnerable groups lack adequate access to and training in using ICTs and the Internet,” said the Secretary-General, adding that cyberattacks, cybercrime and issues related to privacy and surveillance are also issues that need to be addressed.

Mr. Ban urged all stakeholders to “intensify efforts to promote accessibility, affordability, education and multilingualism by investing in critical infrastructure and capacity building and by building an open, reliable, safe, secure, stable and inclusive Internet through multilateral and multi-stakeholder global partnerships.”

He also called for collective reaffirmation of the universality, indivisibility, interdependence and interrelation of all human rights and fundamental freedoms, both online and offline.

Each year, the United Nations convenes the IGF meeting, through the UN Department of Economic and Social Affairs, to bring together various stakeholders to discuss current and emerging Internet governance issues, as well as related opportunities and challenges.

The IGF is an open, inclusive and transparent forum for dialogue on public policy issues related to key elements of Internet governance. It is intended to foster a common understanding of how to maximize Internet opportunities and address the challenges that arise.

According to a news release issued by the Department of Economic and Social Affairs, the three-day meetings is expecting some 5,000 attendees, including high-level government officials, civil society leaders and Internet policy experts, both in-person and online.

The news release also added that “Evolution of Internet Governance: Empowering Sustainable Development” is the overarching theme of this year’s Forum, focussing on the importance of Information and Communication Technologies (ICTs) and the Internet in developmental activities.

“Information and Communications Technologies, as a powerful enabler of sustainable development, can make great contributions to the implementation of the goals and targets of the 2030 Agenda,” noted Mr. Wu Hongbo, UN Under-Secretary-General for Economic and Social Affairs.

Other sub-themes that will be addressed in the Forum are Cybersecurity and Trust; Internet Economy, Inclusiveness and Diversity, Openness; Enhancing Multi-stakeholder Cooperation, Internet and Human Rights, Critical Internet Resources and Emerging Issues.

“The IGF Platform has contributed towards efforts at national, regional and international levels to build a cyberspace that promotes peace and security, enables development and ensure human rights,” said Mr. Montiel.

Further, the Department observed that Agenda 2030 aims to “significantly increase access to information and communications technology and strive to provide universal and affordable access to the Internet in least developed countries by 2020.”

According to the International Telecommunications Union (ITU), there are more than 7 billion mobile subscriptions worldwide, compared to only 738 million in 2000. However, ITU estimates that four billion people in the developing world still remain unconnected despite making progresses in bridging the digital divide. 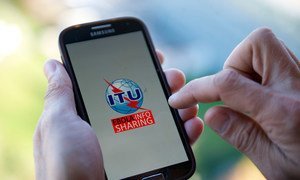 Broadband Internet is failing to reach billions of people living in the developing world, including 90 per cent of those living in the poorest nations, according to a new United Nations report that offers country-by-country data on the state of access around the globe.