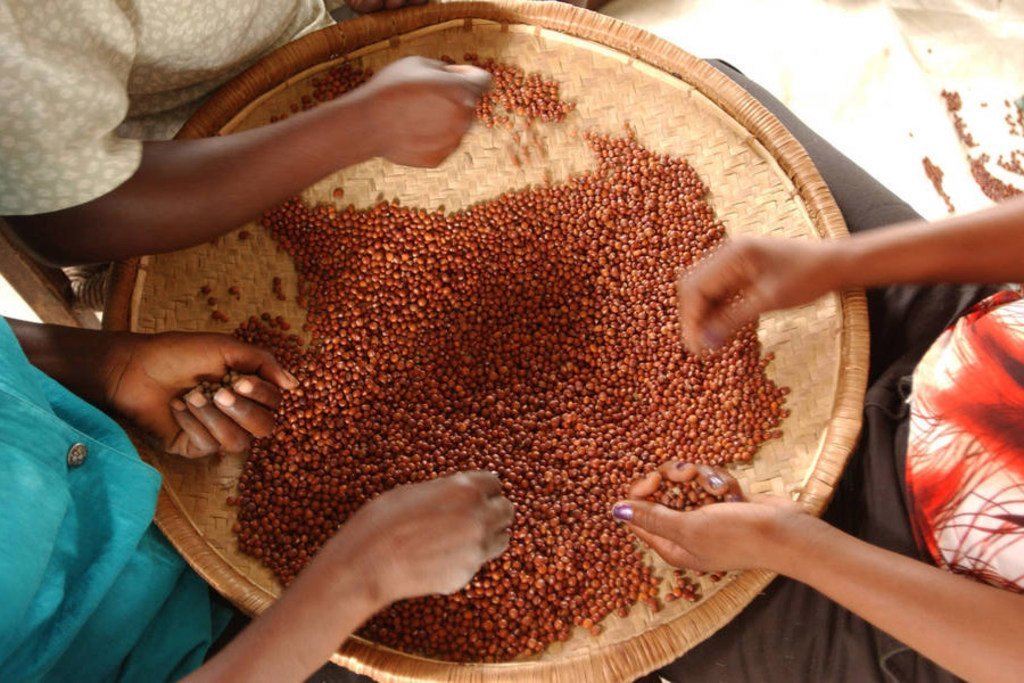 FAO/Giuseppe Bizzarri
Pulses are an affordable alternative to more expensive animal-based protein, which makes them ideal for enhancing diets in poorer parts of the world.
10 November 2015
SDGs

Under the slogan ‘nutritious seeds for a sustainable future,’ the United Nations, led by its Food and Agriculture Organization (FAO), today launched the 2016 International Year of Pulses to raise awareness about the protein power and health benefits of all kinds of dried beans and peas, boost their production and trade, and encourage new and smarter uses throughout the food chain.

“Pulses are important food crops for the food security of large proportions of populations, particularly in Latin America, Africa and Asia, where pulses are part of traditional diets and often grown by small farmers,” said FAO Director-General José Graziano da Silva, in a news release.

“They have been an essential part of the human diet for centuries,” he added, “Yet, their nutritional value is not generally recognized and is frequently under-appreciated.”

According to FAO, pulses, including all kinds of dried beans and peas, are not merely cheap and delicious; they are also highly nutritious source of protein and vital micronutrients that can greatly benefit people’s health and livelihoods, particularly in developing countries.

There are hundreds of varieties of pulses grown throughout the world. Popular ones include all varieties of dried beans, such as kidney beans, lima beans, butter beans and broad beans. But also chickpeas, cowpeas, black-eyed peas and pigeon peas.

Speaking about their nutritional value, the FAO chief said that pulses have double the proteins found in wheat and triple the amount found in rice. They are also rich in micronutrients, amino acids and b-vitamins; Mr. Graziani da Silva underlined, and added that they are vital parts of a healthy diet.

Further, the agency credited pulses as the key ingredients in many signature regional and national dishes across the world – from falafel to dahl to chilli and baked beans.

Pulses also offer a great potential to lift farmers out of rural poverty, as they can yield two to three time higher prices than cereals, and their processing provides additional economic opportunities, especially for women.

Following his address, Mr. Graziano da Silva planted a number of fava beans in a planter full of soil as he proclaimed the International Year opened.

“The International Year 2016 is a great opportunity to raise awareness of the benefits of pulses as the world embarks on efforts to achieve the newly adopted Sustainable Development Goals,” said UN Secretary-General Ban Ki-moon in a messasge on the occasion.

“Despite strong evidence of the health and nutritional benefits of pulses, their consumption of pulses remains low in many developing and developed countries. The International Year can help overcome this lack of knowledge,” said Mr. Ban.

Further, he also said that pulses impact the environment positively due to their nitrogen-fixing properties, which increase soil fertility.

“Much work needs to be done to end hunger and provide food security and nutrition for all. One concrete, promising opportunity lies with pulses. Let us join forces to raise awareness of the benefits of pulses,” said the Secretary-General.

The UN chief also called for collaborative commitment and concrete action by all relevant actors within the UN system, farmers’ organizations, civil society and the private sector, to make the International Year of Pulses 2016 a success.

♦ Receive daily updates directly in your inbox - Subscribe here to a topic.
♦ Download the UN News app for your iOS or Android devices.
agriculture and food security|Food Systems