<a href=http://bit.ly/1JWOxsE>Desire Nimubona/IRIN</a>
Burning barricades in Bujumbura, as turmoil erupted in Burundi.
6 November 2015

“The recurring violence and killings in Burundi must stop,” declared Mr. Ban in a statement issued by his spokesperson in New York, in which he underlines the responsibility of the Burundian authorities to protect the civilian population, regardless of political affiliation, “and ensure that the widespread impunity for these heinous acts is brought to an immediate end.”

The statement said the Secretary-General is alarmed that in recent weeks, the discovery of the bodies of civilian victims, many apparently summarily executed, has become a regular occurrence in several neighbourhoods of Bujumbura, where just today, Welly Nzitonda, the son of prominent Burundian human rights defender Pierre-Claver Mbonimpa was found dead following his arrest by the police in the morning.

Further, Mr. Ban in the statement also condemned public statements that appear to be aimed at inciting violence or hatred towards different groups in Burundian society.

“Inflammatory rhetoric is reprehensible and dangerous; it will only serve to aggravate the situation in the country. [The Secretary-General] calls for accountability for those who have engaged in publicly inciting violence,” the statement said.

The UN chief also stressed the importance to intensify all efforts to find a political settlement to the crisis in Burundi and called on all parties, including the national authorities, civil society, and opposition, whether they are in Burundi or abroad, “to put an immediate end to the propagation of hate speech, renounce violence, and engage in good faith with the ongoing facilitation of the East African Community.”

The statement also called on all Burundians and Government leaders to create conditions for a credible and inclusive dialogue to address the deep political challenges the country currently faces.

“The United Nations extends its full support and assistance to all efforts aimed at promoting a peaceful settlement. Time is of the essence,” said Mr. Ban.

Echoing that sentiment, the UN High Commissioner for Human Rights (OHCHR) Zeid Ra’ad Al Hussein also strongly condemned the killing of Welly Nzitonda and expressed alarm at the worsening situation in the country.

“This is second member of Mbonimpa's family to have been killed in recent weeks,” said Mr. Zeid in a statement.

He also added that Mr. Nzitonda was reportedly arrested by police this morning around 11 AM (CAT) and his body was found in the afternoon in the neighbourhood of Mutakura.

The High Commissioner also informed that Mr. Mbonimpa also narrowly escaped an assassination attempt in August 2015, for which he is still undergoing treatment abroad and added that one of his sons-in-law was also killed on 9 October.

“This assassination reinforces fears that there is a systematic policy of targeting members of the opposition, journalists, human rights defenders and ordinary citizens perceived to be opposing the Government. So far there has been complete impunity for these crimes,” said Mr. Zeid.

The UN human rights office announced that the High Commissioner Zeid will be addressing the UN Security Council on the rapidly deteriorating situation in Burundi on Monday, 9 November. 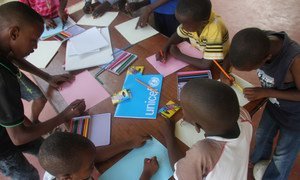 Renewing its call for all stakeholder Burundian stakeholders to engage in dialogue “and to spare their country and its people further suffering,” the United Nations Security Council today voiced its deep concerns about the growing insecurity, the continued rise in violence, and the persisting political impasse there.