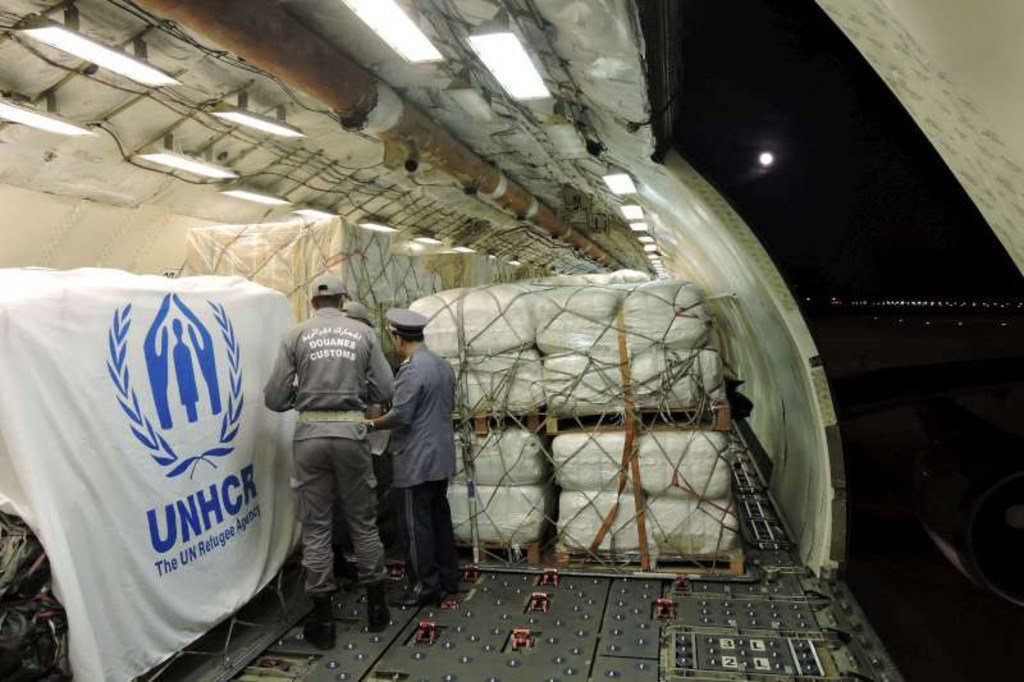 UNHCR
Aid delivery to Sahrawis being sheltered in the camps near Tindouf, Algeria.
30 October 2015
Humanitarian Aid

After heavy rains in southwestern Algeria last week resulted in devastating floods, the United Nations refugee agency has airlifted emergency aid to 11,000 families living in five camps in the region.

"The extent of devastation in Tindouf is overwhelming, with pooled water as far as the eye can see. Thousands of families lost their homes overnight and much of their personal belongings," said the representative of the UN High Commissioner for Refugees (UNHCR), Hamdi Bukhari.

"The airlifted relief items will partially compensate their losses, but rebuilding their lives will be an extraordinary task, and UNHCR stands ready to support this effort. Shelter, food and water are the most urgent needs," he added.

The agency is leading the emergency response, with support from the Algerian Government, other UN agencies and partners on the ground. It is also leading a shelter assessment to determine the number of damaged houses that will need immediate rehabilitation before the arrival of winter.

This month marked the 40th anniversary of the Sahrawis being sheltered in the camps near Tindouf. They fled the territory of Western Sahara in 1975, making it one of the most protracted refugee situations in the world.

Prior to the flooding, UN agencies and humanitarian organizations active in the Tindouf Sahrawi refugee operation were facing funding shortfalls that restricted their regular activities, including provision of food aid.

UNHCR, the World Health Organization (WHO), the UN Children’s Fund (UNICEF) and the World Food Programme (WFP) this week made a joint appeal for $20 million to respond to the crisis.

♦ Receive daily updates directly in your inbox - Subscribe here to a topic.
♦ Download the UN News app for your iOS or Android devices.
western sahara|Algeria

The United Nations refugee agency and its partners are scaling up aid efforts after devastating floods widely damaged Sahrawi refugee camps in southwest Algeria, working to provide food and relief supplies, while urgently appealing for emergency funds to fill the 80 per cent gap in order to reach the most vulnerable.