UNMISS
Fighting in South Sudan’s Greater Upper Nile region has remained intense and civilians have fled their homes in areas around Wau Chollo (Shilluk) district to the UNMISS protection site in Malakal.
26 October 2015

After reports of alleged violations and abuses of human rights committed by both parties to the conflict in South Sudan, the United Nations High Commissioner for Human Rights is deploying a 10-member mission to the country to assess the situation.

He added that the first three members of the mission had already arrived in the South Sudanese capital, Juba, last week, and will focus on the human rights violations that have affected civilians since the outbreak of violence in the country in December 2013.

Mr. Zeid also said that the assessment report will then be presented to the UN Human Rights Council, which mandated the mission, at its next session in March 2016.

“Given the time constraints, this will be a preliminary assessment, building on the work done by the human rights division of the UN Mission in South Sudan (UNMISS), and it will advise the Human Rights Council on appropriate follow-up action,” Mr. Zeid added.

He went on to say the assessment report would also contain recommendations for ways to improve the human rights situation in the country and to ensure accountability for gross violations.

A resolution of the Human Rights Council has stressed the importance of an objective assessment of the human rights situation in South Sudan and called for the deployment of a mission.

The text also calls for monitoring and reporting the situation of human rights, including a comprehensive assessment of allegations of violence and abuses of human rights with a “view to ensuring accountability and in complementarity with the African Union Commission of Inquiry.”

The resolution further requires the mission to report on the steps undertaken by the Government to monitor and ensure accountability of violations and abuses of human rights.

This includes, “work to establish appropriate criminal justice mechanisms; to decrease and prevent violence against children and the recruitment of child soldiers; to investigate, arrest and prosecute perpetrators of any human rights violations and abuses, and of rape and sexual violence, including those in armed groups and the military; to investigate, arrest and prosecute perpetrators of targeted killings; to increase democratic space, especially for the media and civil society; and to prevent arbitrary detention.”

Lastly, Mr. Zeid said that he looked forward to complete cooperation and support of the Government of South Sudan and the Sudan People's Liberation Movement-in-Opposition. 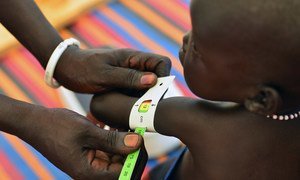