The top United Nations humanitarian official today said he was “deeply disturbed” by the news of civilians being killed by coalition air strikes that hit a wedding party in Yemen’s Dhamar Governorate yesterday.

According to the Ministry of Public Health and Population, at least 47 civilians were killed and 35 injured, among them many women and children.

“Once again we are seeing the devastating impact of explosive weapons – used by all parties – in this conflict,” Stephen O’Brien, the Emergency Relief Coordinator, said in a statement.

“Some 4,500 civilians have reportedly been killed or injured by explosive weapons in Yemen during the first seven months of this year: that is more than in any other country or crisis in the world during the same period.”

Fighting between the Government and rebel Houthi forces in the country has raged for more than a year. In March 2015, the crisis in Yemen rapidly escalated into all-out conflict, with a military operation launched by a coalition led by Saudi Arabia.

In his statement, Mr. O’Brien underlined that international humanitarian law very clearly sets out the responsibilities of warring parties to protect civilians and to take every possible measure to avoid damage to homes and other civilian structures. He added that with modern weapons technology “there is little excuse for error.”

“I call for a swift, transparent and impartial investigation into this incident,” the Emergency Relief Coordinator stated. “Real accountability for parties to conflict, whether they are States or non-State armed groups, is urgently needed, to ensure that the commitment under international law to protect civilians is meaningful.”

According to State of the Crisis: Explosive Weapons in Yemen, a publication produced by the UN Office for the Coordination of Humanitarian Affairs (OCHA), which Mr. O’Brien heads, and the United Kingdom-based charity Action on Armed Violence (AOAV), Yemen is the worst country for civilian deaths and injuries from explosive weapon use in the first seven months of 2015. 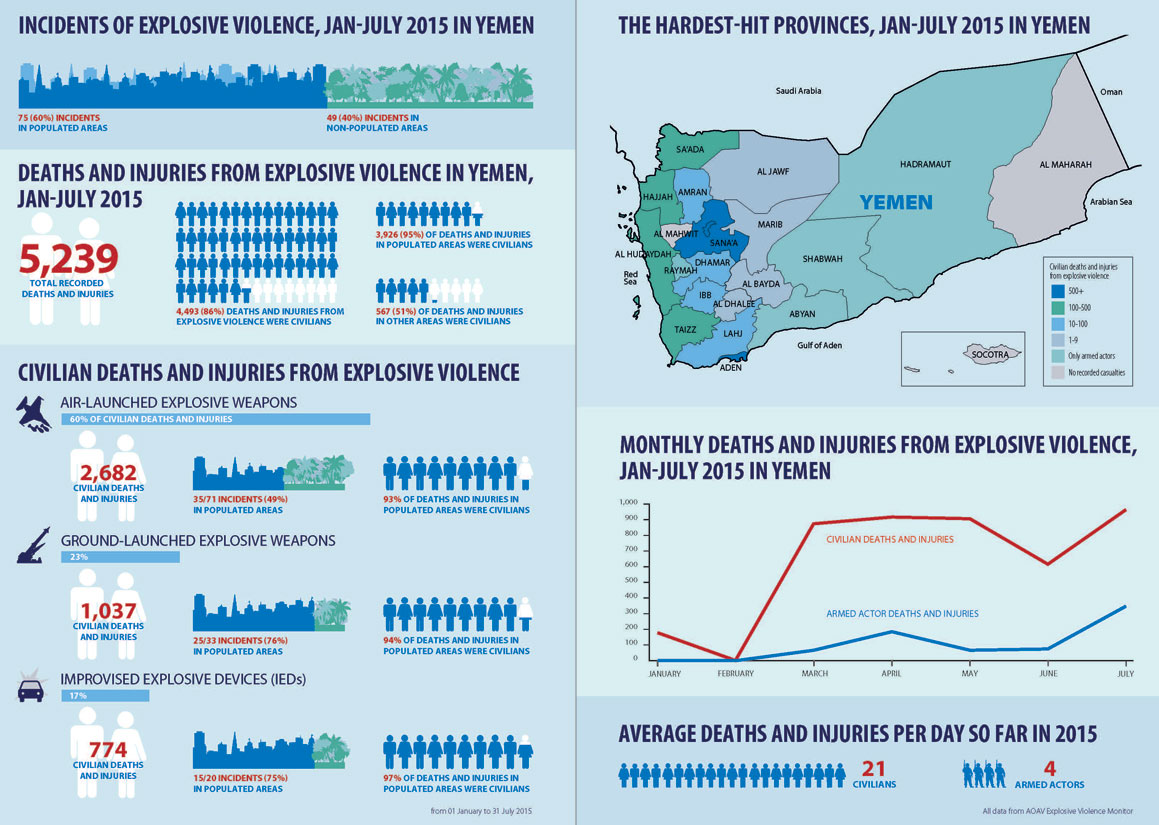