In his address to the United Nations General Assembly today, the Minister of Foreign Affairs of Azerbaijan highlighted a number of contributions his country has made to the global community, especially in terms of energy, and responded to yesterday’s statement by Armenia’s President regarding tensions over the Nagorno-Karabakh region.

“Azerbaijan is making concrete contributions to the activities of the United Nations,” stated Foreign Minister Elmar Mammadyarov, highlighting Azerbaijan’s participation in UN-mandated peacekeeping operations in Kosovo, Iraq and Afghanistan for more than 15 years.

He also noted that in recognition of Azerbaijan's “outstanding commitment, determination and continued efforts” towards the implementation of the Millennium Development Goals, his country received the 2015 South-South Award.

“Azerbaijan has managed to become one of [the] crucial players of the global market in energy infrastructure projects such as Baku-Tbilisi-Ceyhan oil pipeline through the construction of Trans-Anatolian and Trans-Adriatic natural gas pipeline and the Southern Gas Corridor which will connect energy pipeline networks of Azerbaijan, Georgia, Turkey, Greece, Albania and Italy,” he announced.

The Azerbaijani Minister further highlighted that his country has initiated strategic transport infrastructure networks, such as the Baku-Tbilisi-Kars railway project which will connect railroads systems of Azerbaijan, Georgia and Turkey, as well as the new Baku International Sea Trade Port allowing short and efficient connection between East and West.

“Azerbaijan considers information and communication technologies as a driving force of development, and has initiated the Trans-Eurasian Information Super Highway (TASIM) within the United Nations,” he added, explaining that it is designed to provide affordable and reliable broadband connectivity to landlocked countries of Eurasia, including Afghanistan and Central Asia.

Meanwhile, in response to the address delivered by the President of Armenia yesterday, Minister Mammadyarov said it was “full of usual set of falsifications, distortions and misinterpretations.”

“It is well known that Armenia unleashed the war and used force against Azerbaijan, occupied almost one fifth of its territory, including the Nagorno-Karabakh region and seven adjacent districts, carried out ethnic cleansing of the seized areas by expelling about one million Azerbaijanis from their homes and committed war crimes and crimes against humanity during the conflict,” he stressed.

He recalled that the international community has “consistently deplored, in the strongest terms, the use of force by Armenia against Azerbaijan and the resulting occupation of its territories.” He also mentioned four UN Security Council resolutions from 1993 which “demanded immediate, complete and unconditional withdrawal of the occupying forces from all the occupied territories of Azerbaijan.”

“Azerbaijan is the most interested party in the soonest negotiated settlement of the conflict,” the Foreign Minister declared, warning however that “if the negotiations fail to bring as an outcome the complete and unconditional withdrawal of the armed forces of Armenia from our occupied lands, Azerbaijan will be compelled to use its inherent right of self-defence guaranteed under Article 51 of the UN Charter to ensure the restoration of its sovereignty and territorial integrity within the internationally recognized borders.” 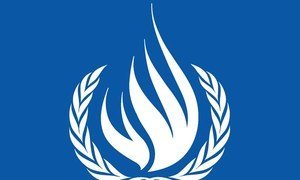 A United Nations human rights body has welcomed the decision by the Government of Azerbaijan to allow it “unhindered access” to places of detention across the Central Asian country while also urging authorities to do more to protect the rights of people in custody.