29 September 2015
In their respective statements to the United Nations General Assembly today, the leaders of Sierra Leone and Liberia, two of the countries hardest hit by the Ebola outbreak, discussed their subsequent recovery efforts, and also spoke about the need for the reform of UN bodies.

“The Ebola Virus Disease outbreak has taken a heavy toll on the entire socio-economic fabric of Sierra Leone. But with support from our international friends, we fought back,” said President Ernest Bai Koroma.

“Whilst we are making progress to end the epidemic, I commend the United Nations agencies and the international community for their support and commitment to end the epidemic as well as support for the Post-Ebola Recovery Plan,” he added.

He also commended the Secretary-General for mobilizing a UN system intervention to support countries affected by Ebola in the West Africa region.

“In addition to the containment of the epidemic, the intervention by the UN and our partners has resulted in enhancing our preparedness to respond to similar outbreaks in the future. This is a useful model that can be applied to contain and tackle pandemics wherever they may surface,” he said.

President Koroma also highlighted the “sub-regional post-Ebola socioeconomic recovery plan” created by his Government in collaboration with those of Guinea and Liberia, to ensure that the countries most affected by the virus could “return to the path of stability and prosperity.”

The plan, he said, addressed both immediate recovery activities and building national systems of resilience and sustainability.

Mr. Koroma also noted the need for UN reform, and for greater inclusion of African countries in the membership of the Security Council.

“As the Coordinator of the African Union Committee of Ten Heads of State on UN Security Council Reform, I take this opportunity to once more emphasize the need for urgent reform of the Council and once again re-echo Africa's concern over the continuous failure of this body to adopt measures that will lead to comprehensive [Council reform],” he said.

“I wish to call attention to the regrettable status quo that undermines the principles of equity, legitimacy, accountability and transparency,” he continued. “It also undermines the effectiveness of the Security Council in its pursuit of international peace and security. The need to address the non-representation of Africa in the permanent membership category and the under-representation in the non-permanent category is long overdue and therefore now imperative.”

Meanwhile, the President of Liberia, Ellen Johnson-Sirleaf, also spoke about the impact of the Ebola virus on her country. 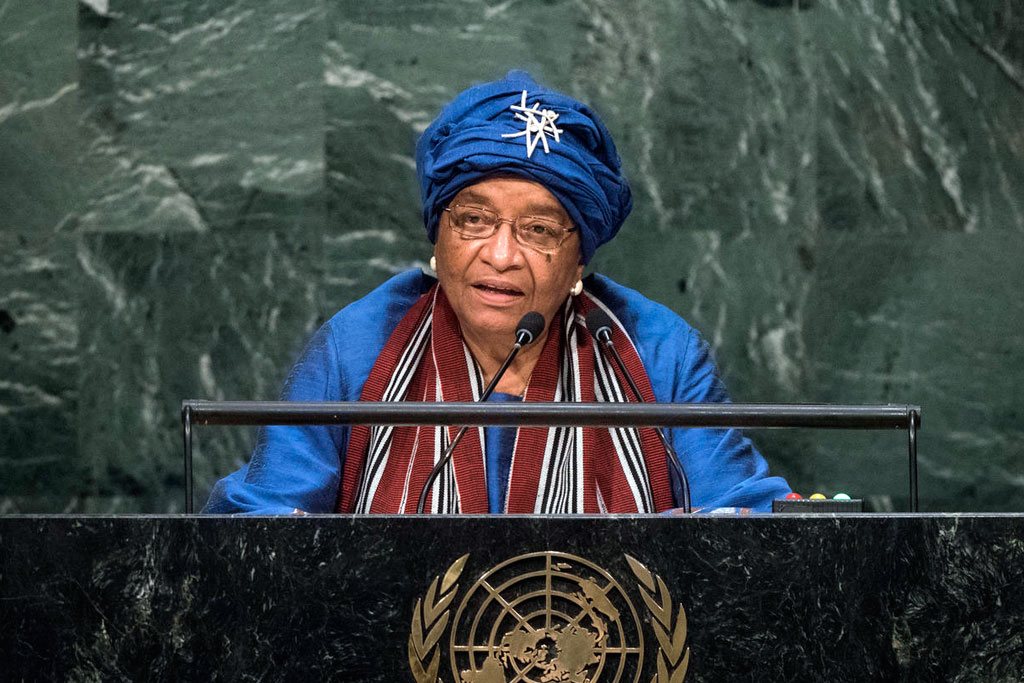 “Weak public health systems in individual countries threaten global health and well-being,” said Mrs. Johnson-Sirleaf. “It is not beyond this body to find answers and respond, and we know that we must.”

She also welcomed what she called the “introspection” of the UN regarding the questions of structural reform.

“At 70, we feel compelled to ask: is our world Organization hindered today by inflexible structures and overburdened bureaucracies? Is the current structure of the United Nations fit for purpose – to play its role in the global transformation process over the next 15 years?” she said.

Mrs. Johnson-Sirleaf noted that she also welcomed the review of UN peace operations, peacebuilding architecture and study on the implementation of a resolution on women participation in peace processes.

Speaking about Ebola, the Liberian President thanked the international community for aiding her country’s recovery.

“As we ponder, in Liberia, Guinea and Sierra Leone, three countries worst-hit by the deadly Ebola Virus Disease, we bear witness to the foundational creed of the United Nations – that we can always find it within our humanity to respond even to unknown enemies to our collective progress,” she declared.

“Accordingly, we remain grateful to all of you for the outpouring of support and assistance as we faced down the deadly Ebola Virus Disease, the greatest modern threat to global public health.”

She also spoke about the post-Ebola programme formulated by the three countries hardest hit by the virus.

“We are now proceeding with implementation of our Post-Ebola Economic Stabilization and Recovery Plan with expectation of support from our bilateral and multilateral partners,” said Mrs. Johnson-Sirleaf.

“We are also committed to a regionally approved Post-Ebola Recovery Strategy which the three affected countries of the Mano River Union have formulated,” she added, noting that the relevant nations were determined to address the development losses incurred as a result of Ebola. 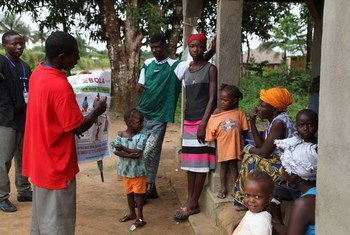 9 September 2015
The United Nations health agency’s special envoy on Ebola response today said the outbreak in West Africa has a “very nasty sting in its tail,” but projected that the goal of zero transmission in the human population remains “very possible within 2015.”