Stressing that there is no alternative to the United Nations as a universal organization, President Nursultan Nazarbayev of Kazakhstan today looked ahead 30 years to its 100th birthday in 2045 to propose far-reaching reforms, from creating a supranational currency to moving its Headquarters from New York to Asia.

“I believe that in the next 30 years, our civilization will find the wisdom and will to cut through the Gordian knot of wars and conflicts,” he told world leaders on the opening days of the General Assembly’s 70th annual General Debate.

“I propose that, for the centenary of the United Nations, a 2045 ‘Global Strategic Initiative Plan’ is agreed. Its core idea is to launch a new trend in global development based on fair conditions where all nations would have equal access to world infrastructure, resources and markets as well as to maintain comprehensive accountability for human development.”

He outlined a five-point programme, including the transformation of the UN Economic and Social Council into the Global Development Council, consisting of member States elected by the General Assembly, heads of all UN specialized agencies, with the task of becoming a global economic regulator to promote world-wide growth.

“The UN Member States need to combine their efforts to create a new supranational currency, which should be relevant to the targets and tasks of global sustainable development and prosperity,” he added.

Other planks in the programme include total nuclear disarmament worldwide, the imposition of international sanctions as the exclusive prerogative of the Security Council, and the establishment under UN auspices of a unified global network to counter international terrorism and extremism.

As the final plank, Mr. Nazarbayev proposed opening in Astana, the Kazakh capital, an International Centre for the development of green technologies and investment projects under UN auspices.

As to the location of UN Headquarters, he said: “The powerful rise of Asia’s developing economies has defined a new reality in global processes. In order to use this historic change and opportunity to give a new boost to relations between states, I propose considering the transfer of the UN headquarters to Asia.” 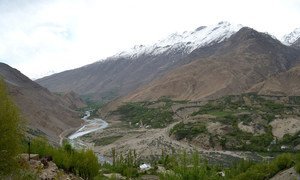