The United Nations Assistance Mission in Afghanistan (UNAMA) condemned Sunday’s suicide attack at a volleyball game in the south-eastern province of Paktika that killed at least 17 civilians and injured at least 60 more, most of them children.

“An attack deliberately targeting a group of civilians playing volleyball is an act bereft of humanity and clearly violates national and international law,” said Tadamichi Yamamoto, the Secretary-General’s Deputy Special Representative and acting head of UNAMA.

“This attack reflects the intent to destroy lives and spread terror among the civilian population.”

According to a news release issued by the Mission, a suicide attacker detonated an improvised explosive device at the event, which took place in Zarghun Shahr district.

The Secretary-General, in a statement issued by his spokesperson, conveyed his deepest sympathy to the families of the victims of Sunday’s attack as well as to those affected by today’s attack, claimed by the Taliban, on the northern city of Kunduz.

“Such attacks on civilians and civilian facilities are a clear violation of international human rights and humanitarian law,” said the statement.

A UN report released last month noted that civilians continued to bear the brunt of the Afghan conflict, and projected that casualties will equal or exceed the record high numbers documented last year.

Improvised explosive devices, along with ground engagements, complex and suicide attacks and targeted killings, accounted for the vast majority – 90 per cent – of civilian casualties recorded in the first half of 2015, according to the report. 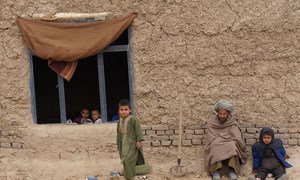